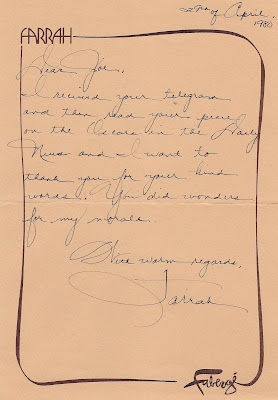 Farrah Fawcett was laid to rest yesterday, ending an enchanting life and career. Much has been written about her during the past week, but four fascinating career points managed to elude all of the appreciations.

1. Farrah had her first major film role in 1970 as Mary Ann Pringle in Michael Sarne's controversial "Myra Breckinridge," based on the book by Gore Vidal. Most of her scenes were with Calvin Lockhart and Rex Reed. 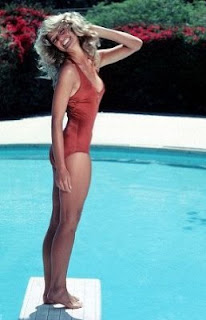 2. Urged by her friend Burt Reynolds, Farrah tested herself on stage for the first time in July of 1980 at Reynolds' theater in Jupiter, Florida, playing Jill Tanner in Leonard Gershe's "Butterflies Are Free," opposite Dennis Christopher. Dom DeLuise, another Reynolds friend, directed. She would make her New York stage debut a few years later in 1983 in William Mastrosimone's "Extremities," following Susan Sarandon and Karen Allen in the lead role. She would subsequently appear in the Robert M. Young film in 1986.

A scheduled stage appearance as an insecure former beauty queen in Nancy Hasty's off-Broadway comedy hit, "Bobbi Boland," directed by David Esbjornson and scheduled to reopen on Broadway at the Cort Theatre on November 24, 2003, closed November 9 during its previews. The play was set in Florida in the late 1960s and demonstrated how far a former beauty queen will go to protect her realm. The character Bobbi was made for Farrah, but it was not to be. The show's sole producer, Joyce Johnson, said at the time that the that the play, a success off-Broadway, "simply does not work in a large Broadway house." 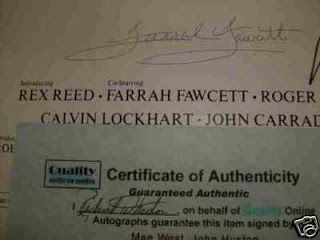 3. In 1990, Farrah appeared in a Gene Wilder comedy called "Funny About Love," playing one of Wilder's three leading ladies, the other two being Christine Lahti and Mary Stuart Masterson. But all of her scenes were cut by director Leonard Nimoy after alleged poor test screenings. Farrah played a woman who Wilder, cast as a professional cartoonist, meets while speaking at a convention of the Delta Gamma sorority - the kind of woman who always eluded him. Sounds like perfect casting. It was an important role and, without it, the film is lopsided - and the Delta Gamma scenes in particular have the scars of hasty editing. Hopefully, Paramount will now see fit to restore her missing scenes in some future DVD - that's if they still exist. 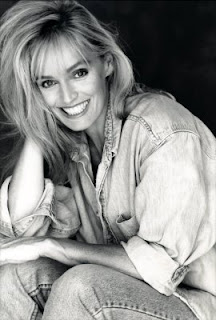 4. Like every Hollywood blonde, Farrah also had her personal immitator - Susan Anton, who had the same white smile and big hair. Anton, who was pleasing and had talent, seems to have had a fleeting career, her most memorable part being the title role in Joseph Sargent's "Goldengirl" (1979), which played in aborted form in theaters but was shown in its original extended version on television. Jessica Walter, unseen in the theatrical release, is prominent in the long version.

Finally, anyone planning an at-home Farrah Fawcett Film Festival, these are the essential titles:

Great tribute. I liked her in "Sunburn" with Chuck Grodin and Art Carney.

Love this. Thanks for honoring Farrah.

Farrah's "imitators" as you so aptly put it where numerous AND unsuccessful at capturing the kind of allure that Farrah cast!! I recently read a quote that TOTALLY sums up her appeal.." She was the most beautiful woman in the room, in a room FULL of beautiful women!". Amen to that.