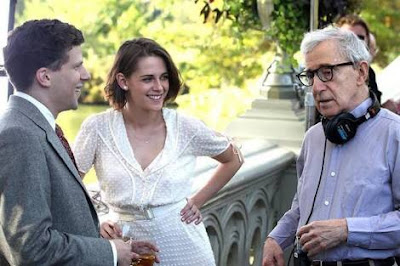 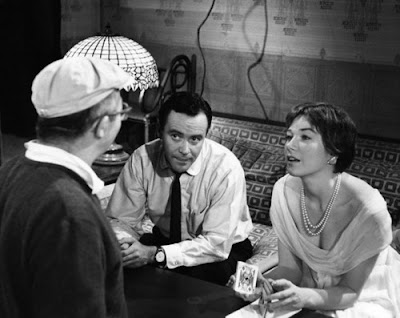 ... Billy Wilder conferring with Jack Lemmon and Shirley MacLaine (in glorious black-&-white) on "The Apartment."  The connection?

In the hugely entertaining and affectionate “Café Society,” his 52nd or 53rd  film as a director (but who's counting?), Woody Allen addresses the element that has traditionally anchored Hollywood - the Jewish moguls.

Originally from the East Coast and only fitfully transplanted to the intoxicating, night-blooming jasmine environs of Los Angeles, these men influenced (and lived vicariously through) the movies that they produced.

Driven by a dream cast of largely young, contemporary actors, “Café Society” is another cleverly-drawn ensemble original by Allen but one with a teasing touch of déjà vu, honoring an earlier film and filmmaker.

But more about that later.

Jesse Eisenberg (in the requisite Allen role) plays Bobby Dorfman, a nebbish who leaves the Bronx for the land of Oz.  That would be 1930s Hollywood, where his uncle, Phil Stern - played by the chameleon Steve Carell - is an agent-cum-producer who drops the names of stars like Ginger Rogers and Adolphe Menjou, and may even hang out with them.

Phil, his mother's brother, makes Bobby his gofer and puts him in the hands of his assistant, Vonnie (short for Veronica) - the ever-remarkable Kristen Stewart who looks absolutely fabulous in her vintage wardrobe (by Suzy Benzinger) and demonstrates the best slouch since Joan Crawford.

In "The Apartment," a cracked mirror in a compact exposes the affair.  In “Café Society," it's a piece of memorabilia - a love letter from Rudolph Valentino that Vonnie has given to Phil on the anniversary of their affair.

Like Lemmon's C.C. Baxter in "The Apartment," Bobby is devastated by his discovery but, unlike Lemmon's character, he elects to move on - and back to New York. This is one time when Woody Allen is actually more cynical than Billy Wilder:  Allen lets the philanderer get the girl.

Not surprisingly, like the Wilder film, “Café Society's" denouement takes place on New Year's Eve. What comes in-between Bobby's discovery and Allen's finale is what distinguishes “Café Society" from "The Apartment."

Another woman - another Veronica - comes into Bobby's life, and she and Bobby's criminal brother guide the film's Act Two, now ensconced in New York, away from the Wilder movie and back to Woody territory.

Blake Lively, every inch a Movie Star here (the critic Richard Brody has astutely commented that she is "perhaps the great melodramatic actress of the current time"), plays the new Veronica, a gorgeous divorcée who is a bit more seasoned than Vonnie and sees something in Bobby that Vonnie perhaps willfully disregarded. They marry and Bobby goes on to run a Bronx nightclub (called Café Society, after the famed Greenwich Village spot) for his brother Ben (a thug gleefully played by Corey Stoll, who is quickly establishing himself as the era's most versatile character actor).

Other cast members that make “Café Society" a most companionable film include Jeannie Berlin and Ken Stott as Bobby and Ben's hilariously stereotypical parents; Sari Lennick as their sister Evelyn and Stephen Kunken as her husband, Leonard; Parker Posey and Paul Schneider as a couple of New York swells who take a liking to Bobby (and set him up with the second Veronica); Anna Camp as an unlucky prostitute, and Sheryl Lee as Phil Stern's wife.  There isn't a single misstep among this cast.

Note in Passsing: “Café Society" isn't the first film to honor "The Apartment." Amy Heckerling's ”Loser” got there first back in 2000. 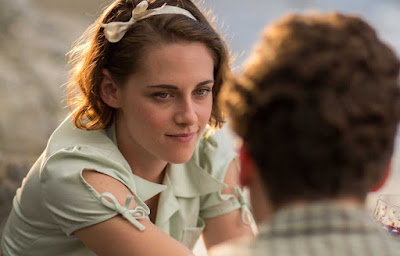 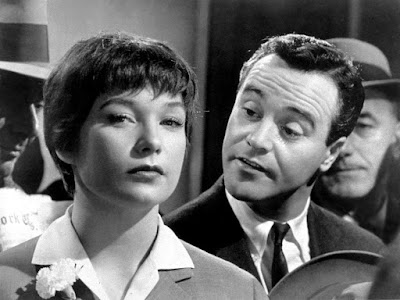 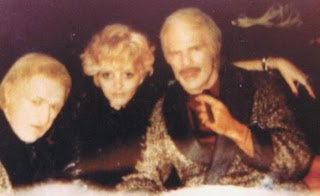 Not a good film but, for some bizarre reason, worth catching. If you can.
Posted by joe baltake at 8:07 PM 8 comments: 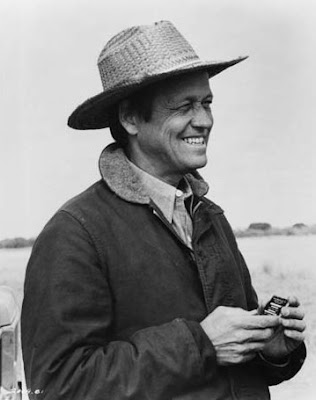 George Roy Hill made 14 major films in about 25 years before retiring in 1988 to teach his craft at Yale, and from where I sit, there isn't really one embarrassment among them. Wait! I take that back: There's ”Thoroughly Modern Millie,” a film that I dislike to the point of irrationality.

He was an active force in New York during the 1950s, directing both plays and live TV dramas, including among other titles, the original Playhouse 90 production of Abby Mann's "Judgment at Nuremberg" in 1959 (wherein Maximilian Schell played the same role that would inevitably win him an Oscar two years later for the 1961 Stanley Kramer film version).

Hill directed the original stage production of the Tennessee Williams comedy, "Period of Adjustment," and when MGM made it into a movie in 1962, Hill was part of the package, guiding star Jane Fonda through one of her most charming performances. He followed this directorial debut with another filmed play, Lillian Hellman's "Toys in the Attic," made a year later and starring Dean martin, Geraldine Page and Wendy Hiller. 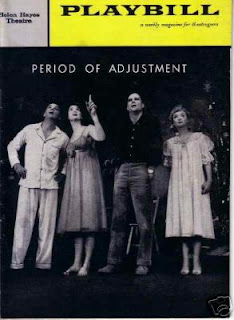 His third film was the very charming and very urbane 1964 Peter Sellers lark, "The World of Henry Orient," which Hill would also direct as a terrific Broadway musical, titled "Henry, Sweet Henry," in 1967. Two films with Julie Andrews followed in 1966 and '67, both roadshow attractions - "Hawaii" and the dreaded "Thoroughly Modern Millie," respectively.

Then came "Butch Cassidy and the Sundance Kid"in 1969.  It was his sixth film, it was topped by two genuine movie stars - you know, Newman and Redford - and it was a huge hit. 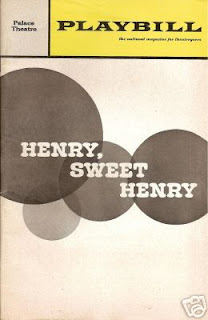 From that point on, Hill helmed a pleasingly eclectic selection of titles, including "A Little Romance" (1979), the Laurence Olivier/Diane Lane trifle, and Diane Keaton's "Little Drummer Girl" (1984).

"Slaughterhouse-Five" (1972) and "The World According to Garp" (1982), arguably, his two best films, followed and then he reunited with "Cassidy/Sundance" stars - you know, Paul and Robert - for the Oscar-winning "The Sting" (1973), himself taking the best director award that year.

His last film was "The Funny Farm," with Chevy Chase, made in 1988. Hill died from complications from Parkinson's disease in 2002, at the age 81.  He is much-missed and way too under-appreciated.
Posted by joe baltake at 3:38 PM 6 comments: 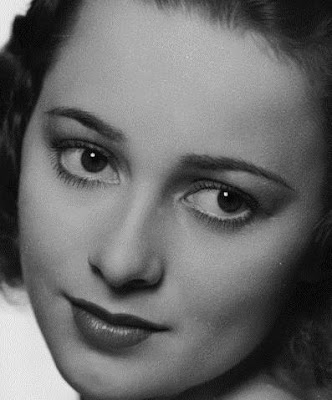 a face that exudes natural warmth

She's been alive 100 years, as of today, and worked in film for approximately 50 of those years. Born in Tokyo, she is best known ... as Melanie Hamilton in the iconic "Gone With the Wind," as Errol Flynn's most frequent leading lady, as an Oscar winner for "To Each His Own" and "The Heiress," as James Caan's victim in "Lady in a Cage," as Bette Davis' victimizer in "Hush ... Hush, Sweet Charlotte," as Yvette Mimieux's nurturing mother in "Light in the Piazza," as the wife of Paris Match editor Pierre Galante and as the older sister of Joan Fontaine (1917-2013), from whom she was reportedly estranged for most of their adult lives, a situation which apparently can be traced back to 1941 when both competed in the same Oscar category - best actress - and Joan won.

Olivia DeHavilland.  Livvie, to her friends. 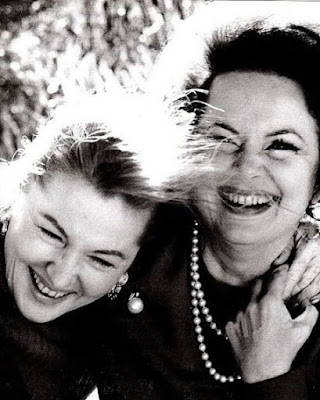