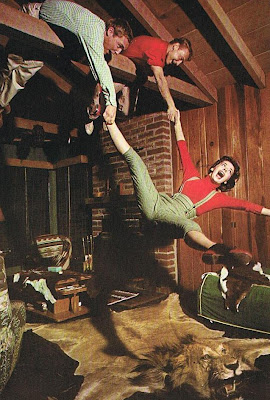 In praise of Girlhood…

Natalie Wood, who died young on 29 November, 1981 and is being honored by Turner Classic Movies as its Star of the Month, was and always will be a woman who instinctively understood of what it meant to be a girl, to be girlish, to be a girlfriend. In our collective memories, she’s the nice girl, the girl next door, the All-American girl. The eternal girl. 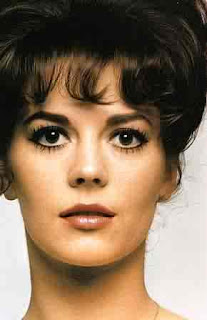 Her career spanned 38 years, as difficult as that may be to believe, and even those of us who were her junior watched her grow up. From the sweet, sad-faced little doubter in George Seaton’s “Miracle on 34th Street” (1947) to the sweet, sad-faced believer in Gilbert Cates’ “The Last Married Couple in America” (1980), Natalie remained a romantic’s golden vision of the innocence of youth.

Cynicism and smugness never played into one of her performances, but fragility, alertness and intensity did.

Beginning at age five in Irving Pichel’s “Happy Land” (1943), her screen persona was clear and remained undiminished: She played the same role – herself, a French-Russian girl – at various stages of her life. Her characters aged with her. She understood her characters simply because she had so much in common with them. She got inside their skins and took us along with her. And audiences reacted appreciatively. 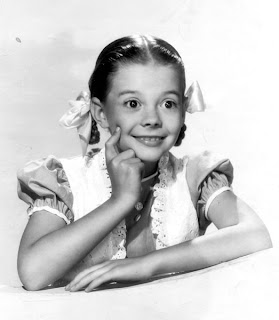 This is never more evident than in her first major role – in her second film – in Pichel’s “Tomorrow Is Forever” (1946), in which she holds her own against the likes of Claudette Colbert and Orson Welles. Better yet is her performance in “Miracle on 34th Street.” You can’t catch her “acting.”

Not even for a second.

Natalie Wood was never a traditional child actress, the kind who routinely tries to manipulate the audience with the “cutes.” She was simply an accomplished actress who just happened to be a child.

She was born Natasha Zacharenko (later Gurdin for her blossoming film career). Her stage name was in honor of director Sam Wood (“Saratoga Trunk”) and she paid her dues, as most actors do, transcending the roles assigned to her. She played a string of remarkable juvenile roles in a string of unremarkable films (“One Desire,” “The Star” and “Father Was a Fullback”) before breaking through in two 1955 roles that were part of her Warners contract – John Ford’s “The Seachers” and, particularly, Nicholas Ray’s “Rebel Without a Cause.” Death always hovered over the second title and it became even more sacred when Natalie died. “Rebel,” not surprisingly, became a cult film in which James Dean, Sal Mineo and Natalie became a makeshift family – both on- and off-screen. Dean and Natalie were romantically involved at the time and, in tandem with such other Warner contract players as Nick Adams and Dennis Hopper, formed a kind of Hollywood Rat Pack that predated Sinatra’s by a full decade.

But Warners preferred to team her with the more clean-cut, less rebellious Tab Hunter, her leading man in two 1956 titles – David Butler’s “The Girl He Left Behind” and Stuart Heisler’s “The Burning Hills” (in which she played a Latina that would anticipate her role as Maria in “West Side Story” a few years later). These films did little for her credibility as an evolving actress and young woman but they led directly to her effective and affecting turn in Frank Tuttle's "A Cry in the Night" (1956) and to her first big starring role – as the title character in Irving Rapper’s “Marjorie Morningstar” (1958), opposite Gene Kelly.

She was a team player for Jack Warner, whether in a throwaway comedy, Joseph Pevney’s "Cash McCall" (1959) with James Garner, or a modern classic such as Elia Kazan’s “Splendor in the Grass” (1961). Off-screen her life came into focus when she dated, married, divorced and eventually remarried actor Robert Wagner. They were Bob and Nat. The Perfect Couple. For a while at least. And then she made “Splendor” where she met future lover Warren Beatty. She played a young woman, Deanie Loomis who, obsessed with her high-school boyfriend (Beatty), becomes increasingly unstable when she is sexually repressed by a rigid society.

During the 1960s, one could sense Natalie consciously trying to redefine herself but whatever role she played – as a half-caste French woman in Delmer Daves’ “Kings Go Forth” (1958), a jet-setter in Michael Anderson’s “All the Fine Young Cannibals”) (1960) and Maria in Robert Wise and Jerome Robbins’ “West Side Story” (1961) – she remained “the girl he left behind” (an apt Natalie Wood title indeed).

Warners loaned her out for these three titles – as a reward. And she rewarded us by extending and stretching herself. No one thought she could pull off the role in WSS, but she is in fact that film’s staple, its heart. The movie seems terribly artificial these days, but Natalie’s performance in it is never less than fresh, unassuming and artless. The on-screen singing voice may not be hers but those accurately timed facial expressions and lip movements throughout the songs are.

Her filmography became varied and substantial. She was Angie, the young working woman impregnated by Steve McQueen in Robert Mulligan’s “Love With the Proper Stranger” (1963); sexologist Helen Gurley Brown in Richard Quine’s “Sex and the Single Girl” (1964); the turn-of-the-century feminist in Blake Edwards’ ‘The Great Race” (1965); the rebel with a cause in Mullgian’s “Inside Daisy Clover” (1965); the sultry Alva in Sydney Pollack’s “This Property Is Condemned” (1966); the game, sexy Carol in Paul Mazursky’s “Bob and Carol and Ted and Alice” (1969); Maggie the Cat in Laurence Olivier’s “Cat on a Hot Tin Roof” (1977) and Karen in Buzz Kulick’s “From Here to Eternity” (1979).

But the role of her career, even though it was in support of Rosalind Russell, was as Louise in Mervyn LeRoy’s film version of the Stephen Sondheim-Jule Styne musical, "Gypsy" (1962), in which she seems to grow up all over again before our eyes as the awkward Louise grew into Gypsy Rose Lee. 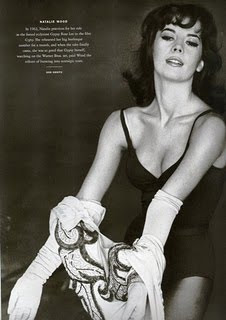 She did her own singing here – and live, no less – bringing a plaintive, child-like quality to “Little Lamb” and pubescent rebellion to the duet (with Ann Julliann), “If Mamma Was Married.” We sense her nervousness (replete with a few, apt flat notes) in her first strip to “Let Me Entertain You” (which would became Natalie’s theme song in life, by the way) and we appreciate the confidence in her more provocative reprise of the song when Gypsy is at the height of her stardom.

The proof that Natalie is exception in the role – the only actress to do anything with the part of Louise/Gypsy – is made evident by the fact that she is not completely wiped off the screen by Russell’s powerhouse performance as her narcissistic mother. Both actresses share their best on-screen moment – together and individually – in the vivid confrontation scene in which each proves that there’s nothing she can’t bring off.

Natalie s last great screen role was as the disturbed, dysfunctional Cassie, a true tour-de-force, in Burt Brinckerhoff’s “The Cracker Factory,” based on Joyce Burditt’s novel. At the time of her death, she was planning to appear in the title role of “Anastasia,” in the Marcelle Maurette play opposite Wendy Hiller, at the Ahmanson Theater in Los Angeles.

Natalie Wood was a consummate actress, but more than that, she seemed like a friend who might have been one of my classmates in high school.

The day she had died, my first inclination was to dig out my old high-school yearbook, thumb through it, look for her photo and inscribe, “Sleep well, sweet girl.” I really did think that we went to school together.
Posted by joe baltake at 2:51 PM 5 comments: