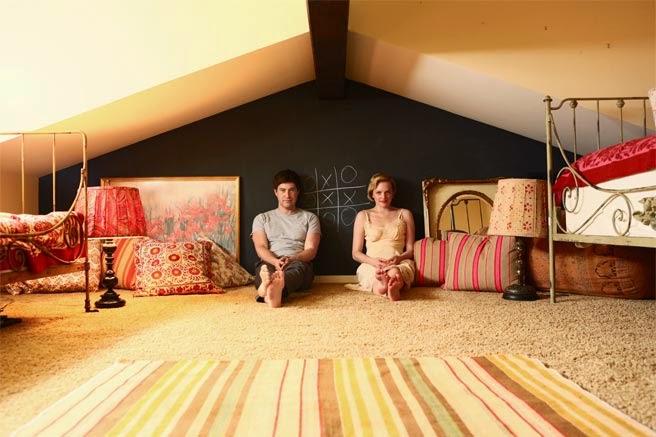 Mark Duplass and Elizabeth Moss in McDowell's "The One I Love"
Posted by joe baltake at 6:30 PM 6 comments:

the dubious future of movies 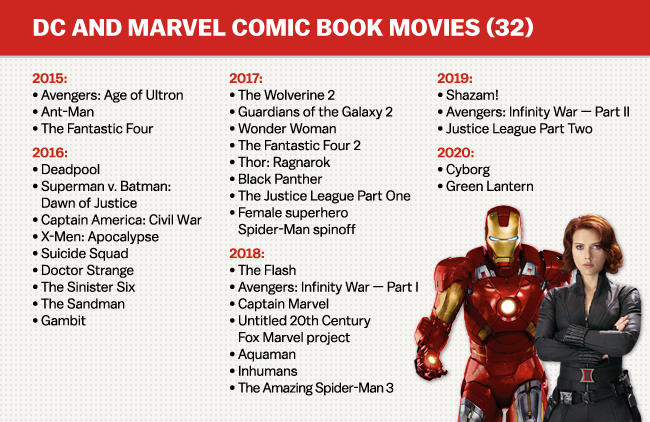 "This would be an apt place for me to deviate into a gravelly 'Gran Torino' old-man rant about the permanently arrested, riskless nature of our culture — how everything in modern major moviedom is now derived from material meant for children or adolescents and aimed at adults desperate to remain in that state well into chronological maturity. But that’s not new."

So writes Mark Harris in his brilliant, lengthy essay for Grantland, "The Birdcage," a detailed dissection of "Hollywood’s toxic (and worsening) addiction to franchise movies."  The eye-opening graphs above and below, published by Grantland to accompany Harris' fastidious piece, provide us with a disturbing preview of what's to come at our local cineplex.

Harris's essay itself is even more jaw-dropping.

Grantland printed "The Birdcage" on December 16.  Yesterday, only a mere two weeks later, Variety ran an article by Brent Lang, its senior film and media reporter, which pretty much validates Harris's salient point.

"‘Star Wars’ Beats ‘Avengers 2′ for Most Anticipated Film of 2015," published by Variety on December 30, reveals the results of a Fandango survey, announcing that the most eagerly awaited movie would not be the new James Bond opus, neither the "Jurrasic Park" or "Mission: Impossible" sequel, not “Avengers: Age of Ultron,” but - drum roll, please - "Star Wars: The Force Awakens."  Which is a surprise, given that the last couple "Star Wars" flicks have been depressingly mediocre and conventional.

But never underestimate the pull of those adolescent adults.  Fanboys rule. 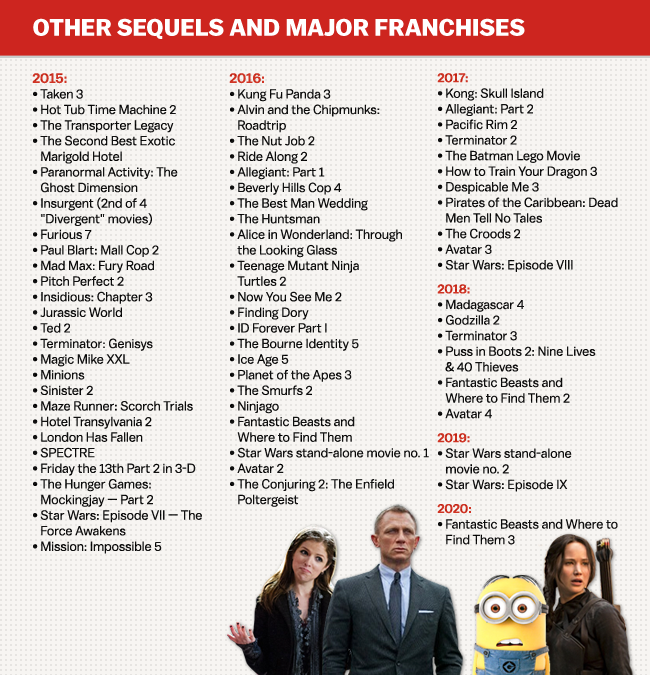 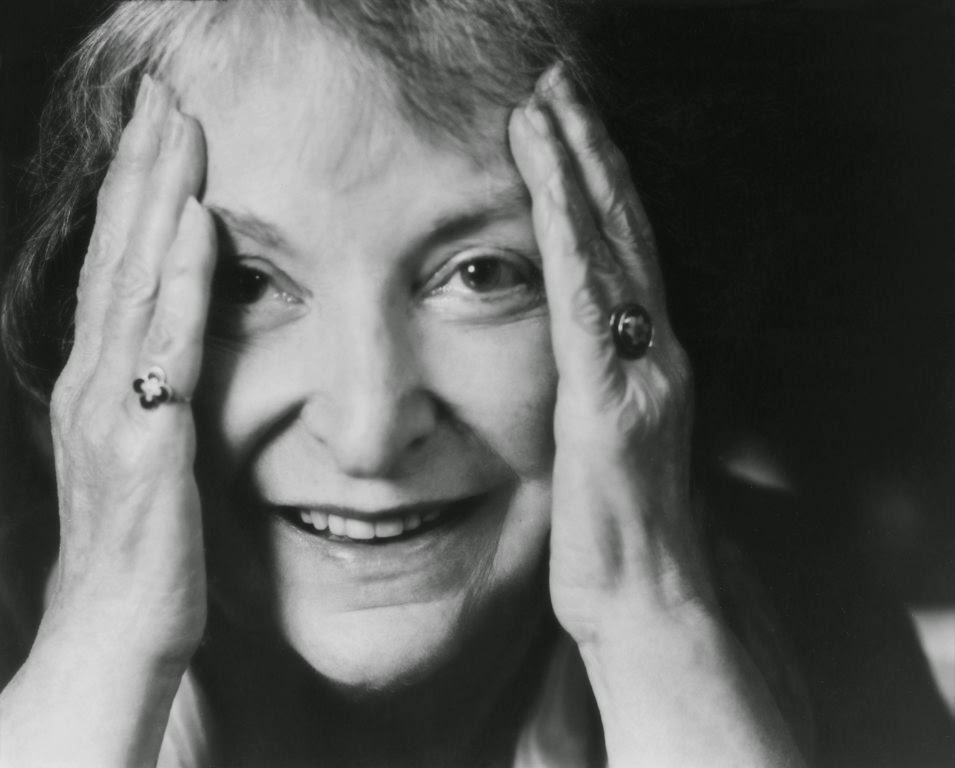 Based on her unpredictable track record, I've a hunch that possibly, just possibly, she would have preferred Ridley Scott's "The Counsellor" (2013) to Wes Anderson's "The Grand Budapest Hotel" (2014), that she would have reserved judgment, unlike her peers, on Benedict Cumberbatch, and that she might have chided Chris Rock for trying to be Woody Allen when he is so much better at being Chris Rock.  But what I'd really like to read is what she would have written about Alejandro González Iñárritu's "Birdman: The Unexpected Virtue of Innocence."  Any guesses?
Posted by joe baltake at 11:30 AM 4 comments: 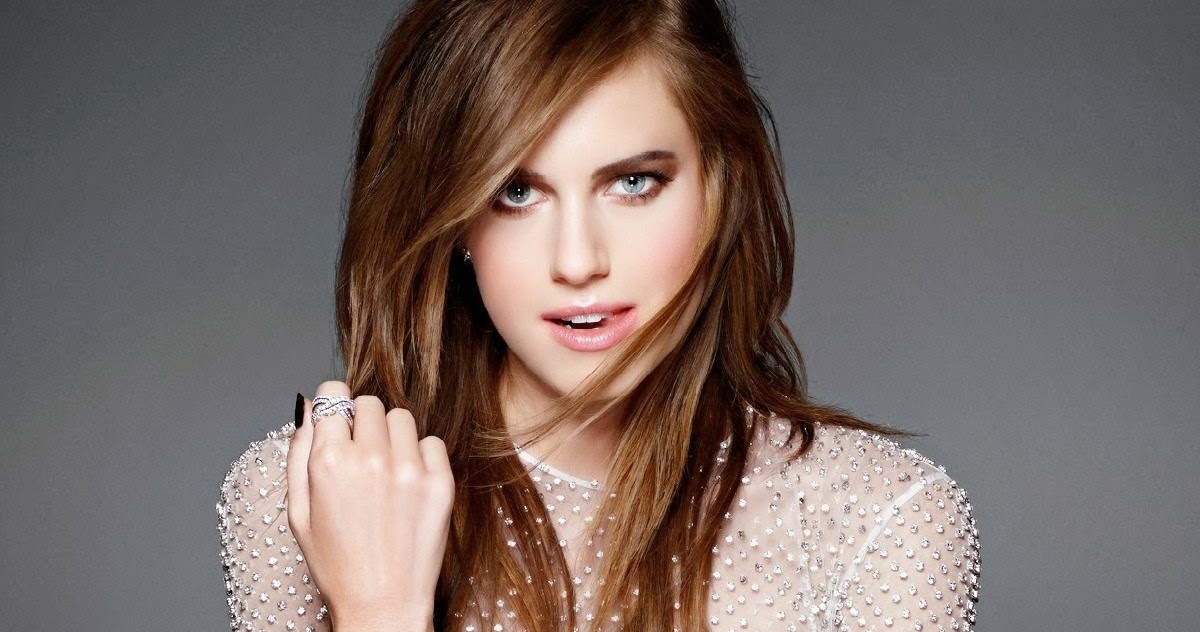 Neil and Craig would be Neil Meron and Craig Zadan who, beyond other endeavors, are committed to keeping the film musical alive, whether it's in movie theaters or on television.  Bless them.

They've been obsessed with this project for at least two decades now and, arguably, their most commanding triumph was the live telecast of "The Sound of Music" on NBC in 2013.  Fooling all skeptics, that telecast, starring a game Carrie Underwood, was a ratings sensation.  It's something that NBC would like to repeat with the Meron/Zadan-produced "Peter Pan," which the network will air - again, live - Thursday night.

Of course, show business being show business, it will not be enough if the ratings for "Peter Pan" equals those for "The Sound of Music."  It has to top them.  That seems to be the expectation behind the relentless promotion for "Peter Pan" that's been laced through all of NBC's prime-time shows for the past two weeks or so.

My hunch is that "Pan" will come close to "Music," in terms of ratings, but won't overtake or even equal it.

For one thing, there's the source material.  "The Sound of Music" has become something of a religious experience for most Americans.  They can't get enough of it.  The original 1965 film opened to mixed reviews but it went on to win an Oscar (as best picture, among others) and it has grown in stature in the past 50 years.  Just ask the management of San Francisco's Castro Theater where the sing-along "Sound of Music" is screened regularly - and regularly brings in enthusiastic crowds.

"Peter Pan," on the other hand, is a Broadway antique which means little, if anything, to modern audiences.

Then, there's the stars.  Carrie Underwood, who toplined NBC's "Sound of Music," has a huge -and hugely loyal - following.  And it didn't hurt that Meron and Zadan were shrewd enough to cast "True Blood's" Stephen Moyer (for sex appeal) opposite Underwood.

"Peter Pan," on the other hand, has Allison Williams in the lead, an appealing actress known largely, and only, for her role on HBO's "Girls."  And her leading man is Christopher Walken, one of our top character actors but certainly not one to lure in a sizable audience.

Back in January of 2014, Robert Greenblatt, the director of entertainment for NBC, opined that his dream Peter Pan was Mylie Cyrus.  I agree.  She has the right bearing and the right voice (read: husky).  But, reportedly, Cyrus wasn't interested and it didn't help that a bunch of yahoos got on the internet to protest the idea.  All in all, a missed opportunity.

Allison Williams, for anyone who has seen her on "Girls," is ready to carry on the Diane Keaton tradition.  She's a charming, edgy light comedienne.  From the few clips I've seen of her as Peter, she comes across as a Valley Girl in drag.  And, unlike Cyrus, her singing voice is decidedly feminine.

Finally, there's the uncertain future of NBC's live musicals.  The network has painted itself into a corner, given that it's become rather painfully apparent that all primetime musicals must be "family friendly."

I say this based on the web's first two efforts and the reported third, which will be "The Music Man" (a property that Meron and Zadan have already brought to TV in 2003 with a miscast Matthew Broderick in the the lead role).  Who on earth will be tapped to play Professor Howard Hill this time around?  It has to be a pop-culture personality, that's for sure.  Maybe Seth MacFarlane, who can sing and who, perhaps not coincidentally, hosted one of the Meron/Zadan-produced Oscar shows.

But after "The Music Man," what's left? "Annie" will be back in movie theaters soon (and Meron/Zadan already did a TV version of that chestnut).  Disney certainly wouldn't permit anyone but ABC to produce any of its properties. So "The Lion King" and "Newsies" are out.  Maybe "The King and I."  That's family-friendly.  Or perhaps "Oliver!"

Beyond that, I can't think of too many musicals that are suitable for mom, dad and the kids.
Posted by joe baltake at 3:00 PM 7 comments: