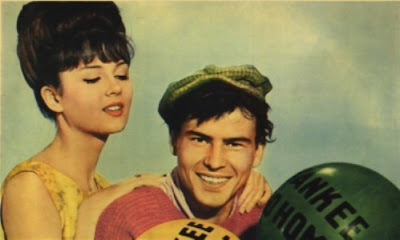 In 1961, two veteran directors - Billy Wilder and Frank Capra - each helmed an antic comedy that involved a lot of door-slamming and a fast-talking hero, his penchant for deception and his crafty knack for bending the truth and, ultimately, getting his own way. Of course, by the end of film, the exhusted hero finds some redemption.

It's never been noted but Capra's "Pocketful of Miracles" and Wilder's "One, Two, Three" are essentially the same film, even though Wilder's is an adaptation of a Ferenc Molnár play that Wilder wrote with his partner, I.A.L. Diamond, and Capra's was a remake of his earlier film, "Lady for a Day," by way of Damon Runyon.

In "One, Two, Three," set during the Cold War, James Cagney is in rare form as C.R. MacNamara - "Mac" - who heads the Coca-Cola division in West Berlin and whose life becomes unraveled when his boss's daughter (Pamela Tiffin) comes for a visit and ups and elopes with a card-carrying Communist (Horst Buchholz). With the girl's parents - and Mac's boss - also coming for a visit, Mac has to scramble and transform the young Commie into an acceptable American Conservative.

In the Depression-era "Pocketful of Miracles," Glenn Ford is in his prime as Dave the Dude, a player who depends on the apples of Chicago vagerant Apple Annie (Bette Davis) for good luck. It turns out that Annie has used every cent she ever made to have her daughter (Ann-Margret) educated abroad where the girl fell in with a royal family. Now they're all coming for a visit and Dave has to scramble and transform the old street person into a genuine lady and socialite. 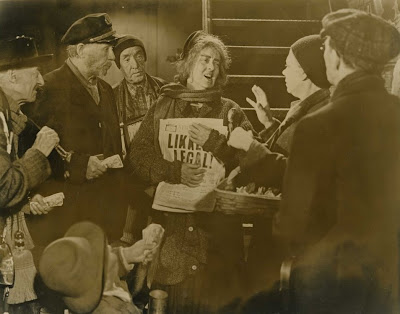 Bette Davis' Apple Annie Explains It All For You

Oddly enough, both titles, TMC staples, were released within months of each other in 1961 - and by the same studio, United Artists.

Note in Passing: The ingenués in the films - Pamela Tiffin and Ann-Margret - teamed up a year later in 1962 for José Ferrer's remake of "State Fair" and also again in 1964's "The Pleasure Seekers," Jean Negulesco's remake of his 1954 romance, "Three Coins in the Fountain."
Posted by joe baltake at 3:31 PM