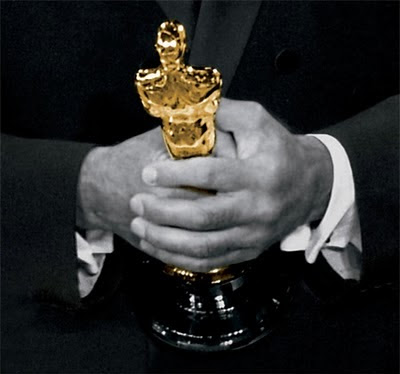 Given that the notion of independent thinking is dead in Hollywood, not only are its films generally a bore, but so are the assorted award shows that bestow usually undeserved laurels upon them.

The last in the line of the Big Statuette Giveaways is, of course, the annual Oscarcast - the biggest company picnic ever. And the general feeling is that all the other piddling award presentations that precede it have effectively watered down its importance. Probably. But what about the utter predictablity of the modern awards process in general?

Even before the nominations were announced this year, it had become (rather painfully) apparent that 2011's Oscar victors would be Colin Firth, Natalie Portman, Christian Bale, Melissa Leo and, if the Weinsteins have their way (and they probably will), "The King's Speech." No contest. Yawn.

Exacerbating matters is the news that this year's Oscarcast will be hosted by the ubiquitous (and oddly unappealing) James Franco and bland Anne Hathaway who, I sense, will work hard at being "cute" and witty. 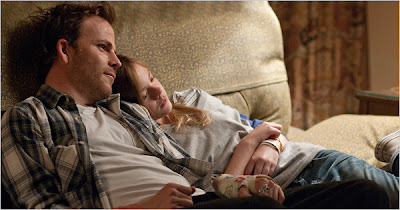 Unorthodox and strangely, wondrously soothing, Sofia Coppola's "Somethere" is the great American film of 2010 that got away. After making something of a splash at the Venice Film Festival, the film was pretty much abandoned, an orphan at the mercy of indifferent hands.

None of this is surprising - neither its success at Venice, where it won the Golden Lion, or its invisibility on the American movie circuit.

The film is very European, in both its temperament and the languid way in which it moves. There's a reason why a precious few film critics have astutely compared Coppola's work here to Antonioni's.

The plotline is a matter of not being what you think it is.

Superficially, it's about the day-to-day life of Johnny Marco (Stephen Dorff) who, by turns, is either Brad Pitt or Charlie Sheen (take your pick) as he goes through the deadening paces of being a modern movie star.

Right now, Johnny - who lives at the Charteau Marmont - is doing promotion for his latest film. The ennui is so strong that even nightly visits by pole dancers don't bring him much happiness. He usually smiles at them, half-heartedly, and then falls asleep. Yes, he's going somewhere.

Nowhere, to be exact.

Turns out, Johnny is - surprisingly - a father. He has an 11-year-old daughter, Cleo (Elle Fanning), who is plopped into his joyless life and becomes his unexpected companion, accompaying him to movie functions or on impromptu outings in his Ferrari. A tiny road film ensues.

Dorff is wonderful in a near-wordless performance as he floats through the Hollywood landscape and, along the way, tackles remarkably serious matters for his director about getting through life, parenting and responsibility. Like its star, the movie makes its points without pushing or sweating or underlining those very points. It's lovely and, yes, loopy. "the snot evacuated from a large, bulbous nose"

The curious title of this post is a spoof on David Thomson's predictably snotty take on actor Hugh Grant: "An incipent sneeze looking for a vacant nose." Only my self-satisfied quote is about, well, Thomson himself. 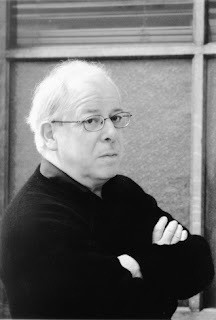 Movie critics (or in Thomson's case, film historian), like movies themselves, are often an acquired taste. Thomson is wildly celebrated by a band of movie critics who are far less clever and much less articulate than Thomson is, and not nearly as secure in their judgments. I affectionately refer to them as "The Davidians" (a play on the infamous "Paulettes.")

Then there are those for whom Thomson's brand of "criticism" is athematic. Count me in.

Thomson, who is obviously keenly intelligent and probably makes a great sparring partner, has been churning out his torturous insults about film celebrities for 35 years now and in the latest edition of his Biographical Dictionary Of Film, he bravely takes on Elizabeth Taylor-wannabe Angelina Jolie (referring to "the carnal embouchure that is her mouth") and her rival Jennifer Aniston ("while one can make gentle fun of Jennifer Aniston, it’s hard to dislike her").

The odd thing is, I find myself grudgingly agreeing with Thomson's often-poisonous assessments. and envy the delight with which he pens them.

On the other hand, the cheapness of it all - glorified tabloid fodder really - inevitably demoralizes. It seems like such a waste of talent.
Posted by joe baltake at 10:32 AM 6 comments: