reversal of fortune - from stage to screen? 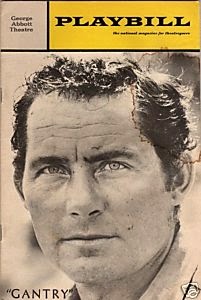 The on-going trend of Broadway depending on movies for source material has not gone unnoticed, at least not by The New York Times which regularly runs updates detailing which popular film, usually a relatively recent one, is being refurbished for the stage, and always as a musical.

However, no one has picked up on the fact that the movie industry no longer depends on Broadway for "product."   A curious crisscross, a surprising reversal, has taken place, but more about that a little later.

Perhaps the best of the Times' reports on the ubiquity of musical stage adaptations of successful movies was Patrick Healy's title-packed essay, "Like the Movie, Only Different," which ran a little more than a year ago, timed to coincide with the opening of a song-&-dance version of "Rocky."

In it, Healy noted that musical versions of movies are not exactly a new idea:  "Big," the Tom Hanks film, came to Broadway as a musical back in 1996.  It was a flop but it was predated by such successes as "Wonderful Town," "The Most Happy Fella," "Sweet Charity," "A Little Night Music" and "Promises, Promises," all based on films but with notable title changes.

More obscure were musical versions of "Georgy Girl," "Alfie," "Lilies of the Field," "Lolita" (with songs by Alan Jay Lerner and John Barry!), "The Miracle on 34th Street" (by stalwart Meredith Willson, who titled his version "Here's Love"), "Seance on a Wet Afternoon" (by Stephen Schwartz), "Exodus" (yes, "Exodus," retitled "Ari"), "East of Eden" (renamed "Here's Where I Belong"), "The World of Henry Orient" (reborn as "Henry, Sweet Henry") and "Gantry" (starring the late, great Robert Shaw, no less, as Elmer Gantry, and Rita Moreno as Sister Sharon), to name but a few.

And, of course, let's not forget the infamous - "Carrie" or "Holly Golightly" (aka, "Breakfast at Tiffany's," starring Mary Tyler Moore, Richard Chamberlain and Sally Kellerman). I could go on.  But won't.

If some of these titles seem a bit odd for musical treatment, that's a curiosity that has continued - and become much weirder.  "Big Fish, "Far from Heaven," "Hands on the Hardbody," "Love Story," "Catch Me If You Can,"  and "The Bridges of Madison County" have all come and gone as musicals.  And there's been talk of doing "Misery," "Diner," "Chariots of Fire," "The Bodyguard" and "Tootsie." Well, "Tootsie" admittedly makes some sense, as did the musical versions of "Hairspray" and "Kinky Boots."

There was once talk a few years ago of doing "Marty" with John C. Reilly in the title role.  It has yet to happen but I wouldn't count it out too quickly.

In one way, all this is great for Broadway.  Let's face it: There's a bottomless pit of movies to be turned into stage musicals.

On the other hand, stage plays are rarely gobbled up anymore by the movie industry.  This tradition is all but dead.  That revenue is gone. The Times could easily run a companion piece – or at least a sidebar – on how dramatically the Hollywood/Broadway relationship has changed. 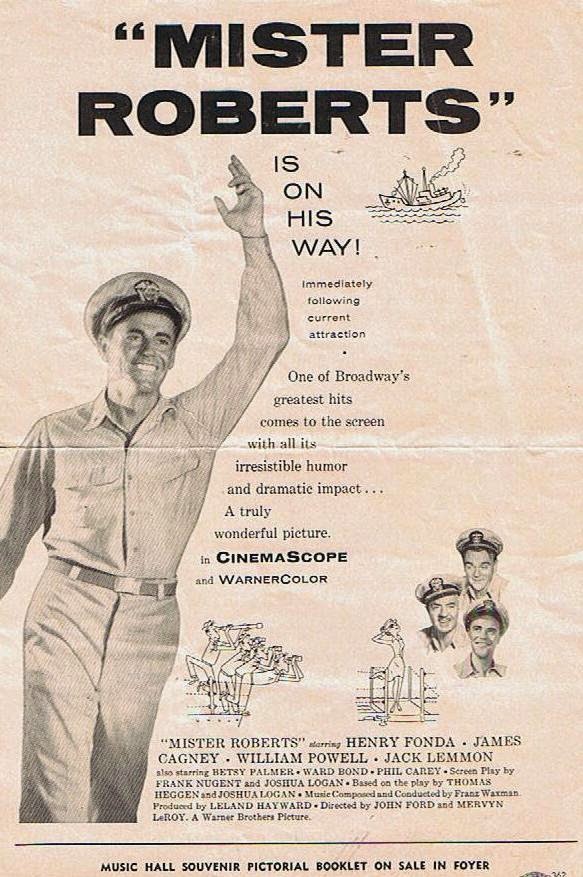 There was a time when stage productions were a major source for the movie industry.  But not anymore.  Quick!   Name the Broadway shows that have been made into movies recently.  Off the top of my head, I can think of only six major titles – “Les Miserables,” “Rock of Ages,” “Rabbit Hole,”  "August: Osage County" and two by Roman Polanski - “Carnage” (“God of Carnage” on stage), and "Venus in Fur."

And coming up are "Into the Woods" and a remake of "Annie."

But, after that, I come up empty.

Successful stage plays like “Mister Roberts,” once routinely filmed, rarely make it to the big screen these days. 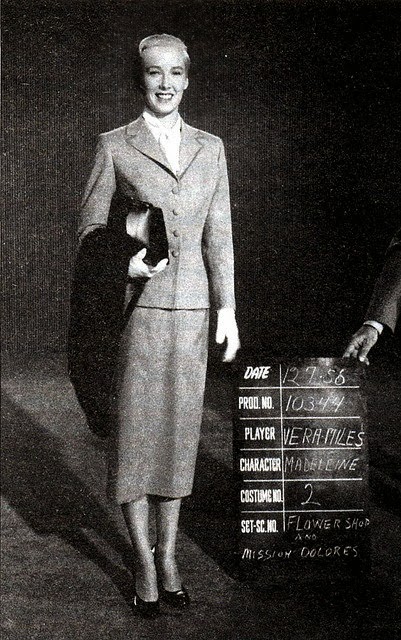 There are hundreds - nay, thousands - of movie blogs on the web.  Too many.  It can be overwhelming to those film freaks compelled to sample them all.  Personally, I reduced my movie-blog perusing to one, Vienna’s Classic Hollywood, which is hands-down, inarguably, the best.

Vienna's goal is simple - to treat us to an array of movie stills, posters and especially rare production shots, such as the one above of Vera Miles in a costume check when she was getting ready to star for Hitchcock as Madeleine/Judy in "Vertigo."  Vera left the production, of course, and Kim Novak came on board, turning in an iconic breakthrough performance.

It's difficult to separate Novak from"Vertigo," and one can only imagine how Miles would have read the role(s) if her pregnancy hadn't intruded.

I hope Vienna doesn't mind that I "borrowed" this shot from her site, but what better way to introduce you to Vienna's most essential blog?
Posted by joe baltake at 11:13 AM 5 comments:

It's 1967. The movie is Mike Nichols' "The Graduate," adapted by Buck Henry and Calder Willingham from Charles Webb's novel.

Dustin Hoffman, as recent graduate Benjamin Braddock, is talking with Elisabeth Frazer, as Joanne, a friend of his parents, when they are interrupted by Mr. McQuire, played by Walter Brooke.

Mr. McQuire's one-word recommendation to Benjamin brought gales of laughter in theaters - and still does, even though that word has proven to be eerily prophetic.