"Big Bang Theory" - the polar opposite of mediocre

"Modern Family," the sitcom that apparently has been the answer to all of ABC's desperate prayers, is the latest bit of dreariness to be hastily acclaimed by TV critics. 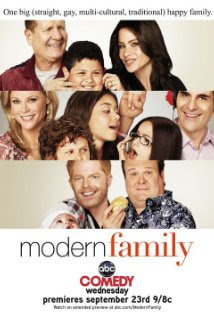 This is understandable, given what's on the tube these days and how anxious TV scribes are to demonstrate to their readers and their bosses that they aren't completely negative. I mean, you have to like something if you want to keep your job in an era when critics are not only expendable but completely unnecesssary.

And, of all the mediums, televison is the most critic-proof.

Let's see... There's the sassy wife (the indespensible, show-saving Julie Bowen), her boob of a husband (the increasingly irritating, unamusing Ty Burrell), her vulgar, crotchety father (Ed O'Neill playing an updated, well-heeled version of Archie Bunker, something which at least, oh, three viewers were absolutely dying to see, right?) and a bunch of kids who talk like, well, middle-aged sitcom writers. This is revolutionary?

No, it's the other characters who give this dated piece the semblence of a new paint job - a gay couple (played by a very good Eric Longstreet and the hugely annoying Jesse Tyler Ferguson) and the granddad's va-va-voom Latina wife (Sofía Viagra - er, Vergara - who is actually more annoying than Ferguson). I say all of this not on the basis of just watching the show's pilot or two or three subsequent episodes but all of them.

I didn't exactly refuse the Kool-Aid that everyone else seemingly drank.

Masochism? No. I just had to see if I was the one who was out of step - or every TV critic in America. This reception isn't surprising, given that "Modern Family" has the veneer of trendiness and entitlement - qualities that the public (and critics) too often mistake for sophistication. ("Murphy Brown" and "Frasier" are two other humdrum sitcoms that came with the same sense of entitlement, effectively hookwinking audiences.)

In the meantime, there are - for me, at least - four other present sitcoms deserving of the acclaim that has been so mindlessly lavished on MF.

For starters, there's "The Big Bang Theory," covered here in August of '09 in which I proffered the opinion that its creator Chuck Lorre was channeling Howard Hawks' "Ball of Fire" in his celebration of nerddom. Stars Jim Parsons, Johnny Galecki, Kaley Cuoco, Simon Helberg, Kunal Nayyar, Mayim Bialik and Melissa Rauch have become close friends. 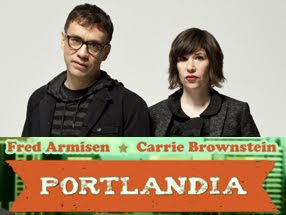 Then there's the Independent Film Channel's eccentric, eclectic and very saavy "Portlandia," created by and starring the new Mike Nichols and Elaine May - Fred Armisen and Carrie Brownstein.


Sweet and fractured are the two best words to describe Greg Garcia's completely endearing "Raising Hope," shown on Fox. Martha Plympton is a revelation and comes into her own as the way-casual matriarch of the blue-collar Chance clan that sweats the small things but manage to sail through major catastrophes unscathed. Cloris Leachman is inventively used each week as a running joke on old-age dementia - which would be cruel if each joke wasn't so darn funny and observant. Lucas Neff, Shannon Woodard and Garrett Dillahunt round out the excellent cast.

Finally, there's "The Middle," the criminally neglected ABC show that precedes the overrated "Modern Family" and that has more heart and more laughs in a single episode than MF has had for the past two seasons. Patricia Heaton is, hands-down, the wittiest woman working in Hollywood and her Frankie Heck is the most inspired female character to show up on TV in ages. 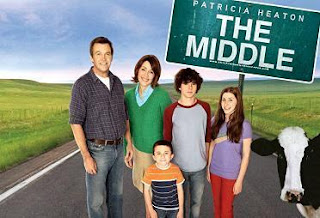 And she is ably supported by the wonderful Neil Flynn as her husband and the three kid actors who actually seem like kids and not something recruited from a cereal commercial - Charlie McDermott, Eden Sher and Atticus Shaffer.
Posted by joe baltake at 8:38 AM 8 comments: 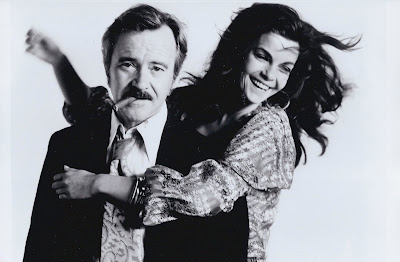 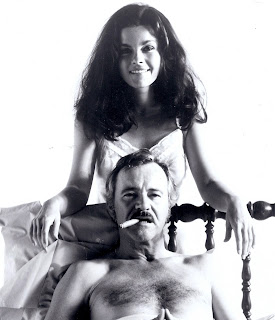 I suppose that it's a sign of wavering faith when a studio goes through as many titles for a film as a moviegoer goes through popcorn.

Jack Lemmon's now-forgotten "Alex and the Gypsy," which the actor made for one-time directing wunderkind John Korty, is one of those unfortunate films. Made and released by 20th Century-Fox in 1976, the movie's assorted working titles included "The Gypsy and the Phoenician," "The Main Man and the Gypsy," "Tattoo" and "Skipping." At the producer's sneak preview that I attended in Westwood in September of '76, the on-screen credit read "Love and Other Crimes." Good title.

But by the time it was released a month later, it was "Alex and the Gypsy."

The edgy movie was an attempt by Lemmon to keep up with the changing times. Director Korty was a critics' darling who specialized in small indie films ("riverrun," "Crazy Quilt" and "Funnyman") and first-rate TV films ("The Diary of Miss Jane Pitman" and "Go Ask Alice"). "Alex" would be his first film for a major studio. His next, Paramount's "Oliver's Story" two years later, pretty much ended Korty's big-screen career.

He's worked exclusively in TV ever since.

Lemmon's co-star, meanwhile - the Gypsy of the title - was the unique, tempestuous Geneviève Bujold who was the go-to actress at the time when a filmmaker wanted someone who was young, singular and trendy.

"Alex" also marked the first major screen role for James Woods following his bits in Sydney Pollack's "The Way We Were," Karel Reisz's "The Gambler and Arthur Penn's "Night Moves," a good role in Elia Kazan's low-profile (way low-profile) "The Visitors" and a small sampling of TV credits.

Lemmon had just come off Melvin Frank's film of Neil Simon's "The Prisoner of Second Avenue," in which he turned in one of his finest, if least heraled, performances and was looking for the antithesis of Neil Simon. Lawrence B. Marcus's script for "Alex" resembled nothing that Lemmon had ever done before, dealing with a fiery love affair between mismatched people - an affair told bracingly in unchronological form. The action skips around, buncing back and forth in time, revealing bits and pieces that add up to a colorful, multi-dimensional whole.

Thirty-five years ago, this film apparently both exhilarated and baffled Fox. It was something that mainstream studios rarely, if ever, pursued. "Alex and the Gypsy" suffered the fate of being ahead of its time. If there was ever a template film for Fox Searchlight, this is it.

Lemmon plays Alexander Main, a rumpled, cynical bail bondsman (the middle-aged counterpart to the Elliott Gould of that era) and Bujold is Maritza, a woman from his past who has stabbed her husband and now needs Main's services. However, he's reluctant, given that she's "crazy" (his word) and likely to skip. On the sidelines is Wood as Crainpool, Main's Bartlesby-like office assistant for whom Main once posted bail and, as a form of repayment, keeps the young man in veritable servitude.

"Alex and the Gypsy" is worth discovering - or rediscovering. It's a pitch-black comedy - grim, gritty and unapologetically realistic. And it gives Bujold one of film's great fade-out lines. (Spoiler alert, here!) Yes, Maritza does skip on Alex by chartering a small plane. As he desperately chases after it down the runway, the pilot asks her, "Who the hell is that?"

Note in Passing: Like Fox, Jack was also somewhat unsure of "Alex and the Gypsy." In his book, "A Twist of Lemmon," Chris Lemmon recounts how his father asked buddy Walter Matthau what he thought of it.

Without missing a beat, Matthau quipped, "Get out of it."

For what it's worth, Jack followed "Alex" with ... "Airport '77," studio drek about as far away from counterculture cinema as one can get.

Truth be told, I've always marched to a different drummer where Jack's films are concerned and I humbly submit "Alex and the Gypsy" as one of his better efforts, certainly in terms of his brave performance.