The incomparable Frank Tashlin (1913-1972) began his professional life as a cartoonist/animator and when he branched out and started working with humans, he animated them, too. Hilariously so. And he brought a cartoonish quality to the one subject that connects most of his films.

It was the 1950s and the Playboy philosophy was just beginning its reign of terror - and Tashlin's wide-screen comedies exposed the era's accepted penchant for leering (the filmmaker essentially fetishized it) for what it was. Junevile and unattractive and funny as hell. 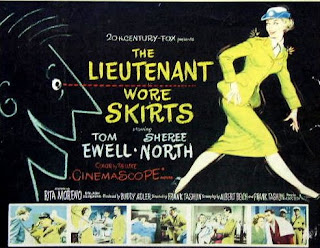 Turner Classic Movie unearths one of Tashlin's more elusive, forgotten treasures next month, with a screening of 1956's "The Lieutenant Wore Skirts" scheduled for 2 October at 8 p.m. Tom Ewell plays his patented creepy middle-aged, middle-class wolf inexplicably married to a military babe - the wonderful Sheree North - and much of the film is about his relentless ploys to get her discharged. The film is as unstable as its noxious hero, wildly incorrect and guiltily pleasurable in spite of itself.

"The Lieutenant Wore Skirts" has sporadically popped up on the unreliable and erratic Fox Movie Channel, but it took Turner to finally showcase it. Hopefully, TCM will also claim another Tashlin orphan at the mercy of the Fox Movie Channel - namely 1962's "Bachelor Flat."

Tuesday, Terry and Tashlin, together at last

"Bachelor Flat" offers Terry-Thomas in prime form as displaced Britisher, a professorial paleontologist who teaches in an alien Southern California and who is wildly attractive to women - an inadvertent ladies men whose life comes to consist of colliding females. 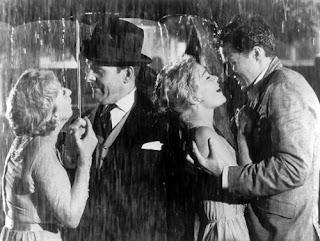 Tashlin's cast here also includes Celeste Holm (as T-T's fiancée), and Tuesday Weld and Richard Beymer who had starrred two years earlier for Blake Edwards in another breezy Fox comedy, "High Time" (1960), all in the above photo/left.

And speaking of Tashlin, too few of his broad comedies from the the 1950s and early '60s have made it to home entertainment in any form. Sure, it's relatively easy to see his two Jayne Mansfield flicks, "Will Success Spoil Rock Hunter?" and "The Girl Can't Help It," "Artists and Models" (1955), with Martin and Lewis and Shirley MacLaine and "Susan Slept Here" (1954) with Dick Powell and Debbie Reynolds. But what about the others? Aside from "The Lieutenant Wore Skirts" and "Bachelor Flat," also missing are "Say One for Me" (1959), also with Reynolds, this time with Bing Crosby and Robert Wagner and "The Man from the Diner's Club" (1963) with Danny Kaye and Cara Williams. 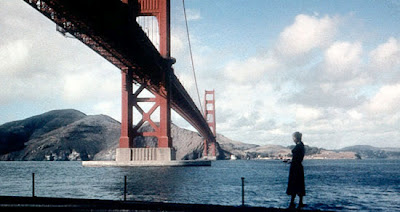 In the most recent "Sight & Sound" poll (of critics, filmmakers, and cinéphiles), Orson Welles' "Citizen Kane" (1941) was unceremoniously bumped from its decades-long first place as "the best film of all time" by Alfred Hitchcock's "Vertigo" (1958).

Writing in New York magazine, ace critic David Edelstein wittily explained the reasoning behind the not-so-surprising switch: "Both (films) ... center on lonely men — like the critics who cast most of the S&S votes." 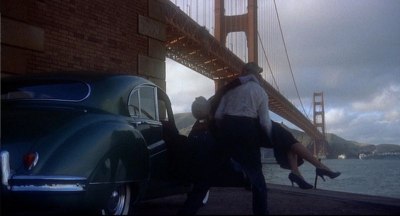 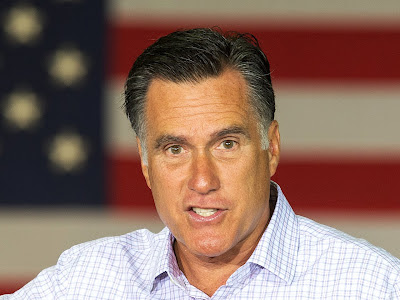 Mitt and Ann Romney taped an episode of "Live with Kelly and Michael" on September 14th that aired today. One of the questions tossed at the Romneys by Kelly Ripa had to do with who should play them in a movie.

Kelly: "Who would you pick to play each other in the movie?"

Mitt: "Uh, let’s see. Let me think about that. For me, my favorite actor is Gene Hackman, so I’d like Gene Hackman."

Kelly: "You’d like Gene Hackman to play your wife?"

Kelly: "Is this your first marital fight?"

Ann: "I bet Gene would really think that would be a great idea."

Mitt: "You know, what was that movie he was in? 'Birdcage' when he... No, I think for her maybe Michelle Pfeiffer." 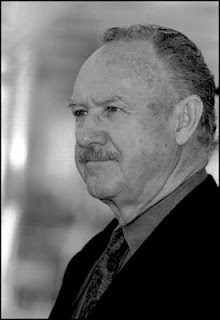 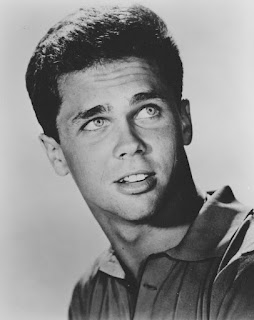 As much as the Michelle Pfeiffer suggestion inarguably flatters Ann Romney, at least both are within the same age range, give or take about eight years or so.

Plus, the guy's retired.

No, someone younger, much younger, should play Mitt - someone who can pass as today's equivalent to Tony Dow, the teenage actor who famously played the Beaver's older brother.

Romney may look like a fully formed adult male, but he has the bearing, demeanor and vocal patterns of a teenage boy. When Ann Romney quipped that she had not five, but six, sons, I knew what she meant: Mitt is essentially still a boy.

At least, that's the persona he affects when he talks to the peons. (He seems to present a decidedly different, more commanding image whenever he addresses his peers - fellow businessmen and millionaires.)

When Mitt Romney campaigns to "the little people," his stiff posture, the way he robotically shifts from side to side and his "golly gee" line readings smack of Wallace "Wally" Cleaver. But not Gene Hackman. Never.
Posted by joe baltake at 3:08 PM 7 comments: