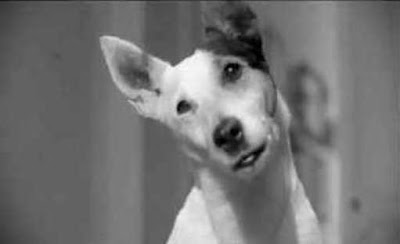 The Guard Brothers - Thomas and Charles - the British-born duo who made their tandem feature debut earlier this year with the Elizabeth Banks-David Strathairn starrer, "The Univited," a remake of Ji-woon Kim's 2003 South Korean thriller, "Janghwa, Hongryeon," started out about 10 years ago as teens, dabbling in shorts. Their talent was clear - clear enough to attract such estimable names to their short projects as actors Jason Flemyng, Jodhi May, Martin Freeman and Lena Headey.

And they worked alongside such heavyweights as Mike Lee, Peter Greenaway, Stephen Daldry, Ridley Scott and Christopher Nolan on the omnibus film, "Cinema16: British Short Films" (2003). 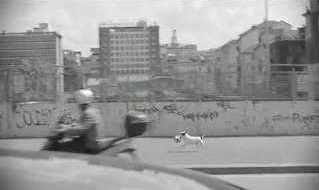 I liked "The Uninvited." It was pretty fastideous for a genre film and the Guards invested some credible psychology and enormous tension, taking the viewer on a flight of exultant nightmare lyricism, along the lines of Brian DePalma's "Carrie" (1976) and M. Night Shyamalan's "The Sixth Sense" (1999). The guys also coaxed a performance of delicious, juicy villainy out of the always game Banks.

But apparently, the brothers really excel at shorts, as evidenced by their charming, disarming - and delightfully odd - dog commercial for The State Street Corporation, , a company that specializes in investment, insurance and property development. Now you may wonder what a little dog has to do with investments - in this case, State's SPDR Exchange Traded Funds.

Not much. The idea is esoteric: A little dog, clearly a street stray in Paris, works hard to deliver "desirables" to an aloof pooch living in comfort. A baseball, an old catchers' mit, a teddy bear and a used bone are among the items that the little bandy-legged dog manages to dig up, while rival street dogs are in pursuit of him. But they can't catch up. He has the goods. He delivers. Just like the SPDR Exchange Traded Funds, see? 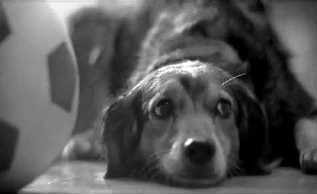 Shot in glorious black-and-white, all of this is played out, a la Albert Lamorisse's "Le ballon rouge"/"The Red Balloon" - in the simplest of ways, with a French chanteuse warbling in the background for further ambience.

Once seen, this spot is not easily forgotten, although I have no idea how successful it's been selling funds. (Alas, the original commerical, which had a voiceover - in English - only at the end, was subsequently replaced by an edited version with the pesky voiceover now heard throughout.) 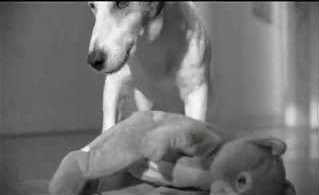 The Gate Worldwide is the agency that was in charge. Gustav Geldenhuys served as producer for the Guards; the excellent cinematograhy was by Joost Van Gelder, and Chuck Willis, of The Cutting Room, edited.

As the French would say, Formidable!
Posted by joe baltake at 7:24 PM

Formidable, indeed. Love this spot. Quite cool. And artful.

Kay- You summed up in one word what I was trying to say here: "Artful." Thanks!

This spot is cute as hell. Would love to see the Gaurds get a film assignment worthy of their talents.

Me too. It's sweet and sad. It took me a long time to even notice what it was an ad for.

Thank God for Tivo. The first time I saw this spot I recorded it and watched it over and over. I had never heard of spdr before and it really got my attention. I think it is genius.