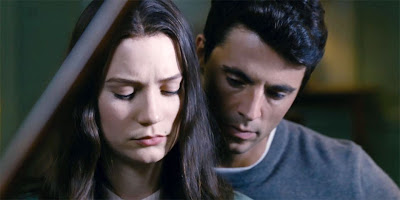 In their enthusiastic reviews of Park Chan-wook's "Stoker," more than one critic has alluded to the film's Hitchcockian connection.

But without being specific.

The Hitchcock film quoted here is "Shadow of a Doubt." 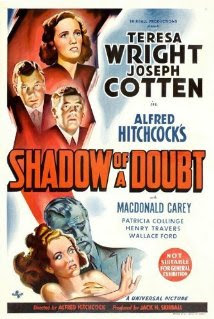 In his variation, Park, a visual master beyond compare, takes the skeletal narrative of Hitchcock's 1943 film (Hitch's personal favorite) - a young woman's uneasy relationship with her uncle - and fuses it with his trademark painterly touches.

Not unexpectedly, "Stoker" is lush and lurid.

"Stoker" is not necessarily "Shadow of a Doubt's" exact twin - it is more sensual and way broader in its chills - but, one day, the two will make an interesting double-bill to compare and contrast.
Posted by joe baltake at 10:30 AM 2 comments: 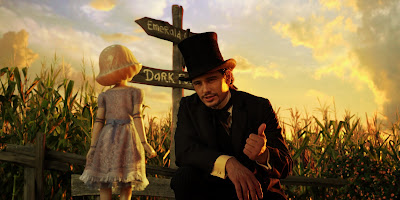 Sam Raimi's "Oz The Great and Powerful" is too odd and, by extension, too fascinating to be as hastily written off as it has been by the critics. Whether it's good or bad is beside the point. It's a genuine curiosity.

The humans in "Oz" all behave as if they've been lacquered.

China Girl, by the way, is voiced by Joey King, the young star of "Ramona and Beezus" and "Crazy Stupid Love," but her visage and spunky behavior both smack of Ellen Page. In my mind, she was the inspiration. 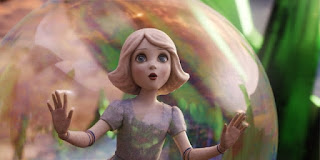 The film itself is like a lot of modern movies that go through the motions of paying homage to a revered classic. It wants to both exploit and one-up the movie that inspired it, outdoing the original via modern technology while missing the essential ingredient of soul. One is aware that when Judy Garland danced down the yellow brick road in Victor Fleming's 1939 original, she was working on an actual set. Here, one senses the poor actors spent all their time in front of a blue screen.

But Raimi's one true triumph in "Oz" (aside from China Girl) was the shrewd casting of James Franco as a con man trying to pass himself off as The Wizard. Franco, who I like, has always struck me as something of a charming charlatan off-screen. I'm not sure that I completely buy into the Renaissance Man persona that he's been so eagerly pitching to the media.

He and China Girl.