Is it me or was there a slight whiff of anti-Americanism that seemed to connect the year's most noteworthy movies? With that said, here's the best of 2006 - in order of preference, natch, and ever a work in progress: 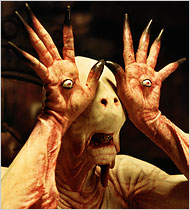 "Shut Up and Sing" (Barbara Kopple and Cecilia Peck, The Weinstein Company) 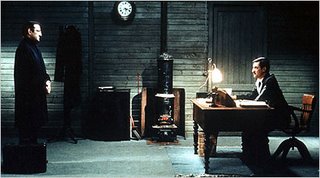 "Children of Men" (Emmanuel Lubezki). If only for Lubezski's staggering, seemingly single-take shot of Clive Owen making his way through a war-torn village. 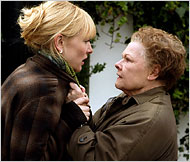 And, finally, kudos to Grethcen Moll and Ryan Gosling for their respective work in "The Notorious Bettie Page" and Half Nelson," the year's best actress and actor; and to Jackie Earle Haley and Judi Dench for their fine supporting work in "Little Children" and "Notes on a Scandal," with Dench sharing her honor with Sandra Bullock for her career-revitalizing turn as Harper Lee in "Infamous," a vast improvement - dare I say it? - over Catherine Keener's take on the same role in 2005's "Capote."

Anyone interested in perusing some 2060 of my film reviews, dating back to 1994, can do so by simply going to RottenTomatoes.Com
Posted by joe baltake at 3:39 PM 9 comments: