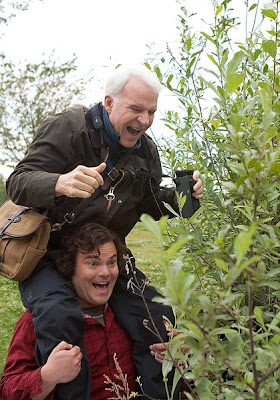 Seeemingly a comedy with an ace cast, it never takes flight. (There I go again!)

The problem is that the film, from source material by memorist Mark Obmascik, isn't a comedy. Which is a tad confusing, given that it's toplined by Steve Martin, Owen Wilson and Jack Black as obsessed bird-watchers (that's right) who use this curious pasttime as yet another excuse for male competitiveness. But it isn't necessarily a drama either. It isn't much of anything - a gentle, anecdotal, lovingly filmed nothing.

"There is no there there," to borrow from Gertrude Stein.

The three stars have zero chemistry, but more alarming is that, despite detailed work by director David Frankel ("The Devil Wears Prada" and "Marley & Me") and his scenarist Howard Franklin ("Quick Change"), the film fails massively to engage us in "birding," as it's called.

Nevertheless, it has a handsome cast - Brian Dennehy and Dianne Weist as Black's parents; JoBeth Williams as Martin's wife; Rosamund Pike as Wilson's wife; Joel McHale and Kevin Pollak as two of Martin's business associates; Rashida Jones as a potential love interest for Black; Tim Blake Nelson as another birder; Jim Parsons as a birding blogger - and Frankel has conjured up quite a few cozy, companionable sequences set in restaurants and bars. The tony narration is read by John Cleese.
Posted by joe baltake at 8:01 PM 3 comments: 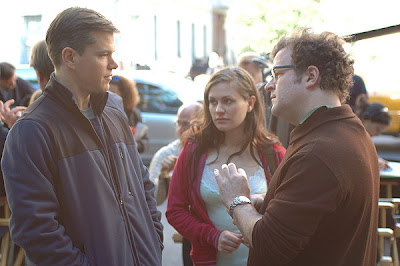