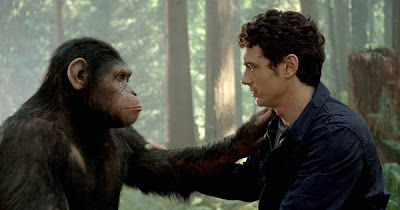 "Rise of the Planet of the Apes," Rupert Wyatt's socially aware, achingly humane update of the venerable Fox franchise, is a supreme reminder never to assume. I mean, who thought that this seemingly well-worn series could be rehabilitated in such a clever, sophisticated way?

Wyatt and his scenarists Rick Jaffa and Amanda Silver surmounted this challenge by honoring the soul of Pierre Boulle's original French novel, "La planète des singes," while bringing a timeless modernity to the piece.

The Biritsh filmmaker has also contrasted the free-wheeling '60s of the original film with the unfortunate conformist mentality that pervades the so-called New Millenium, giving this update a '50s aftertaste.

James Franco is utterly convincing as a San Francisco scientist/idealist, with both a mission and an agenda, who is experimenting on chimps to find a cure for the Alzheimer's disease that afflicts his father (John Lithgow). And Wyatt brings a certain element to his film, one essential to all films, that has fallen in disrepair in recent years - namely, exposition.

He takes his time creating the timeline that will take baby Caesar, a chimp from Franco's high-tech pharmaceutical headquarters (named Gen-Sys), to his home where Caesar bonds with his father, to the animal refuge which is anything but. Here, "Rise of the Planet of the Apes" becomes a shrewd take on the prison-film genre, and the innocent, loving Caesar (brilliantly played by a digitally costumed Andy Serkis) becomes a hardened inmate. Think Eastwood in Don Siegel's "Escape from Alcatraz."

All of this plays as a commantary/allegory on the fate of all captive animals, including those who we think are comfortably domesticated.

The film's big setpiece is a standoff between Caesar and his fellow escapees and gun-toting authorities on the expansive Golden Gate Bridge (there's never any question which species is the superior one) - a huge action scene amidst a film that's largely spoken. The dialogue penned by Jaffa and Silver is often quick, alert and literate, but there's one word here, a mere monosylable, that speaks volumes. Memorably.
Posted by joe baltake at 9:48 PM 3 comments: 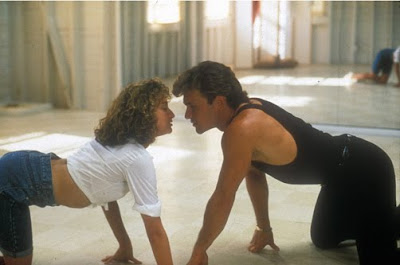 Every bit of news that comes out of Hollywood about song-and-dance films (we really can't call them musicals anymore) is bad news...

An unecessary remake of "Gypsy," starring the wildly age-inappropriate Barbra Streisand, who will be 70 in April, as Momma Rose (she'll probably be 72, if and when the film ever gets made)...

Willow Smith as "Annie," its score presumably to be fortified with an anachronistic hiphop sound...

Jim Carrey and Jake Gyllenhaal in "Damn Yankees," a project announced so long ago that it might actually be dead now...

Hugh Jackman's threats to remake "Carousel," which is both a musical and a period piece, two genres not exactly beloved among contemporary moviegoers...

A planned filming of "Miss Saigon," which seems a tad dated and inconsequential now...

And, the final nail in the coffin, Justin Beiber's fantasy of doing a reboot of "Grease" with Myley Cyrus.

On the horizon, of course, is the remake of "Footloose," which, if you go by its trailer, now looks like an action film.

Now comes the breathless announcement that Lionsgate has greenlit a remake of the late Emile Ardolino's "Dirty Dancing" (1987).

In her blog, Flickgrrl," for The Philadelphia Inquirer, my friend Carrie Rickey wrote, "'Dirty Dancing' is like 'The Godfather.' It's a classic and you don't mess with it or otherwise try to improve, rethink, or update it." And besides, asked Carrie, "How do you take Eleanor Bergstein's autobiographical story and transpose it to another period?"

The most obvious answer is, You do it anyway.

Clearly, the motivation for this latest Bad Idea is to film two physically attractive, personality-free young actors gyrating aggressively to the original movie's jukebox score (again, fortified with new beats) and ignore the little narrative curlicues that made the original somewhat original.

To elaborate on my response to Carrie's post, while “Dirty Dancing” is not a masterwork like “The Godfather,” it is definitely a populist classic – a film embraced by the average moviegoer, not necessarily the cinéphile.

What people forget - and what Carrie brings to light - is that the film was a shrewd period piece (set in 1962, I believe) and that it had a pervasive Jewishness (Kellerman's Lodge!) that gave it its backbone and color.

The original film was about more than just class differences. It wasn't that simple.

I’m sure these two elements will be discarded in the remake. Only the dancing will remain intact and I’ve a sick feeling that Baby and Johnny (so wonderfully immortalized by Jennifer Grey and Patrick Swayze, pictured) might even be gyrating to entirely different songs in the reboot.

One other thing: The new film won’t have the invaluable Jack Weston as Max Kellerman; Jerry Orbach as Baby's bigoted doctor father or Kelly Bishop as her sexy mother; the terrific Jane Brucker as her princess-sister Lisa, or Lonny Price as the unctuous Neil Kellerman, "the catch of the county" - all of them so crucial to the singular ethnicity of what everyone thinks of as just “a great dance movie.” 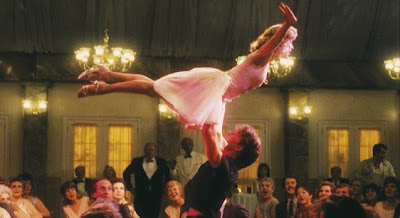 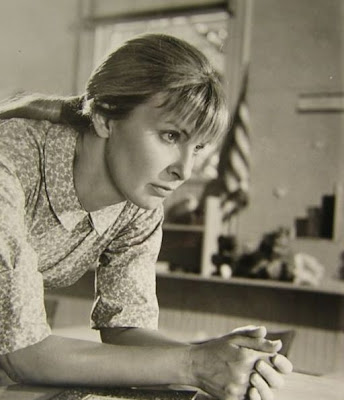 As usual, Turner Classic Movies turns its August schedule over to its daily star tributes - better known as "Summer Under the Stars."

I'm particularly interested in the star celebrated on 16-17 August - Joanne Woodward - largely because Woodward is an unsung gem among Hollywood's acting fraternity but also because two certain Woodward films - long lost - will be showcased. They are titles that have been celebrated here in recent essays - Martin Ritt's "The Sound and the Fury" (1959), airing at 10 p.m. (est) on 16 August, and Paul Newman's "The Effect of Gamma Rays on Man-in-the-Moon Marigolds" (1972), slotted at 2 a.m. on 17 August. I can't wait. These are two Fox titles that don't even show up on the Fox Movie Channel anymore. Go figure. 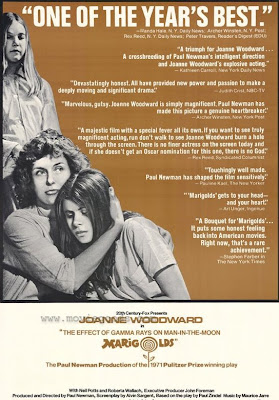 Both are worth checking out, as are some of Woodward's other titles - Leo McCarey's "Rally 'Round the Flag Boys," Ritt's "Paris Blues," Fielder Cook's "A Big Hand for the Little Lady," Irvin Kershner's "A Fine Madness," Gilbert Cates' "Summer Wishes, Winter Dreams," Burt Reynolds' "The End," Stuart Rosenberg's "The Drowning Pool," Gerd Oswald's "A Kiss Before Dying" and, of course, Newman's "Rachel, Rachel."