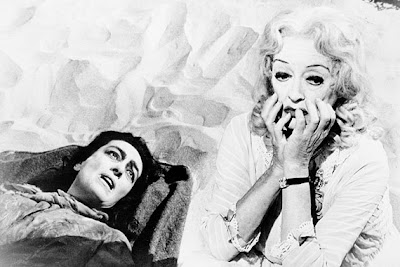 As incompetently made as it is insensitive, "Sex and the City 2" is a disaster of singular distinction. It is entirely unto itself.

I'm not even sure it could be called a movie.

Candace Bushnell's scrappy career girls, so outspoken in their preoccupation with both penis size and shoe size when their sexcom first aired on HBO about a decade ago, have been redefined and deconstructed into a quartet of aging cross dressers for the big screen.

Now they dress in a series of veritible Halloween costumes pawned off as Haute Couture, as if the model of "glamour" here was Baby Jane Hudson.

Of course, Bushnell's supposed gender-bending outragousness was hardly envelope-pushing when it debuted. After all, it was predated on TV by Susan Harris' "The Golden Girls" (1985) and in film by James Ivory's "Slaves of New York" (1989) and Forest Whitaker's "Waiting to Exhale" (1995), all blessedly restrained and intelligent in comparison.

Less reserved but certainly much more fun are Stephan Elliott's "The Adventures of Priscilla, Queen of the Desert" (1994) and Beeban Kidron's "To Wong Foo Thanks for Everything, Julie Newmar" (1995).

If the makers of S&TC2 were intent on so completely fetishizing Bushnell's characters into creepy Barbie dolls, Elliott's and Kidron's cross-dressing romps should have been used as templates.

But, frankly, friends, one comes away with the distinct impression that no one involved with S&TC2 had ever even seen a movie.

Note in Passing: That new genre, The Bromance, continues to stride ahead of The Chick Flick, in terms of quality and humor content. Case in point: Todd Phillips' "The Hangover" (2009) pretty much is the same film as S&TC2, only done with guys and done much more effectively. It is genuinely witty and, hard as this may be to fathom, much less offensive. 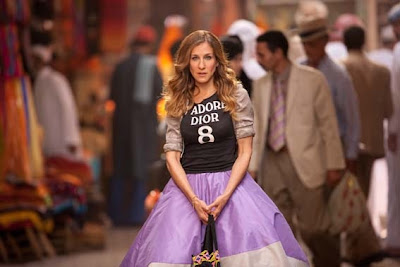 Above: Most Cringable Outfit - Sarah Jessica in an oversized skirt that seems to have a life of its own, worn with a tight tee, emblazoned with "J'adore Dior," and accessorized with a lorgnette sunglasses (i.e., a pair of spectacles with a handle). Honest.

Below: Most Cringable Moment - Four terminal narcissists wising up the people of the Middle East with a karaoke rendition of "I Am Woman." Honest. 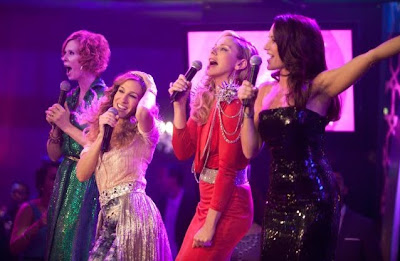 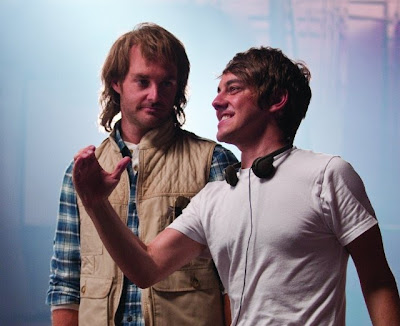 Auteurs at work: Forte and Taccone on "MacGruber"

Jorma Taccone's seemingly negligible "MacGruber" is actually an attempt to do something different within the constraints of an industry constipated by formula and fear. So it's no surprise that the studio releasing it never bothered with advance screenings and the critics reviewing it never bothered to actually watch it. Only the stalwart Glenn Kenny got it.

Granted, its source material - a recurring "Saturday Night Live" skit - doesn't offer much promise, but then neither did John Landis' "The Blues Brothers" (1980) nor Harold Ramis' "Stuart Saves His Family" (1995), two titles that have become personal favorites of mine, irrationally so.

On SNL, Jake and Elwood Blues (John Belushi and Dan Aykroyd) were simply occasional musical guests, while Stuart Smalley (Al Franken) stared into a mirror as his own new-age motivational speaker. The inherent skimpiness of the two fueled the imaginations of their makers.

On TV, each "MacGruber" sketch ended with its delusional hero blowing up everything, including himself. It's MacGruber's macho delusions that liberated the shared, fertile creativity of Taccone and writer-star Will Forte, whose idea was to take their idiot hero, keeping his vanity and stupidity intact, and plopping him inside the framework of a straightforward action film, rather than an all-out comedy. 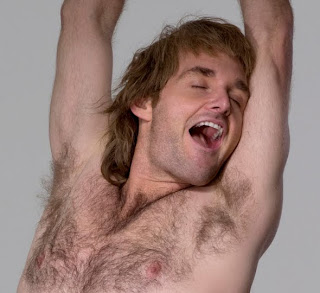 Only Forte goes for the laughs here as he floats through the film in a constant state of confident obliviousness, distracted only by his own thoughts and paranoia. MacGruber is part Man of Action (Richard Dean Anderson-style, natch), part nudism enthusiast (Forte strips down in a heartbeat), part Jackass (ah there, Johnny Knoxville!) and part George W. Bush (meaning the character is dated in more ways that one).

Everyone surrounding him - Val Kilmer, Powers Boothe, a very game Ryan Phillippe and even Forte's SNL cohort, Kristen Wiig - play their roles relatively straight, as if they are in something along the lines of Sam Peckinpah's "The Killer Elite" or his "The Osterman Weekend."

"MacGruber" is esoteric, funny and strange - three things that most Hollywood film's decidedly aren't these days. I liked it.
Posted by joe baltake at 11:51 AM 7 comments: 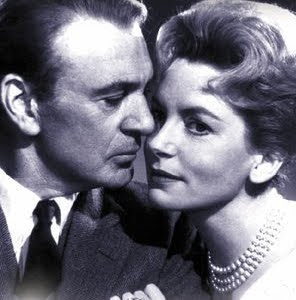 But not surprisingly, missing is Cooper's last movie, the faux Hitchcock thriller, "The Naked Edge," directed by Michael Anderson and released in 1961, a month after Cooper died of prostate cancer at age 60.

A tepid drama of murder and suspicion, "The Naked Edge" is virtually impossible to find these days and, while it may not be necessarily missed, the film is noteworthy for its iconic teaming of Cooper with Deborah Kerr.

The estimable supporting cast includes Diane Cilento, Hermione Gingold, Peter Cushing and Michael Wilding, adding to its worth.
Posted by joe baltake at 8:40 AM 3 comments: