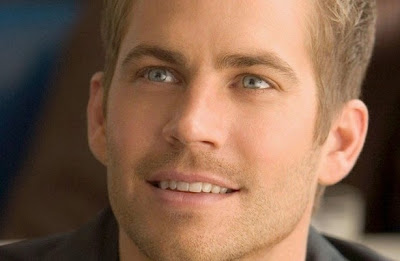 One of the many virtues of Turner Classic Movies is how it always honors film people in all areas of the art in its year-end In Memoriam feature.

Never less than fastidious, Turner has been traditionally inclusive. In fact, it routinely puts the Oscars' yearly botched obit tribute to shame.

Seemingly - seemingly - no one is disregarded or omitted by Turner.  Until this year...

I appreciate that many more film people pass away who can be fit on any reasonable list, but for some inexplicable/inexcusable reason, the 2013 edition of TCM Remembers neglects Paul Walker, the appealing actor who died in a tragic car accident at a young 40 on November 30th. His death was major news that one would think could not be ignored.  But it was.

I would day that Turner simply didn't have time to include him, but wait! Eleanor Parker, who died more than a week after Walker - just two days ago, on December 9th - is very much included.  Funny how they were able to accommodate Parker on such short notice, but not Walker.

And unlike James Gandolfini, who also qualified for Turner's list, Walker wasn't known largely as a TV actor.  He had a solid film résumé.

So Eleanor Parker and James Gandolfini make the grade (and deservedly so) but not Paul Walker. OK, but also feted by Turner are Virginia Gibson, who danced in a few films and, from time to time, even got to speak a line of  dialogue; Rossella Falk and Diane Clare.  Diane who? Who's she?

But apparently not Paul Walker.

So exactly what's going on here?  By appearance, it smacks of a disturbing case of film snobbery - you know, the "he's not one of us" mentality that is way beneath what Turner Classic Movies is supposed to represent.  Heck, Turner is so democratic that it regularly allots precious air time to the dubious films of Elvis Presley and Frankie & Annette.

Regardless of the rationale for this exclusion, it's still hugely disappointing.


Update:  I subsequently engaged in a friendly email conversation about this subject with a Turner rep, who acknowledged the chore of weeding through so many deaths, but who noted that those who are finally chosen are selected with "an eye towards picking personalities whose film work resonates strongly with the TCM community."  Um, OK.  Also, I was told that Diane Clare, a name that still means nothing to me, was selected because she was "best known for appearing in Hammer horror films which make sense with our brand." I guess I understand that.

One could argue, I guess, about the relative importance of Paul Walker in the film industry, but if one doesn't let one's prejudices get in the way, one could see that he was a fine actor (apart from and in spite of his "Fast & Furious" films) and had a lot of promise. He's excellent in his final film, "Hours," just released. Besides that, his films made money and his premature death made news. It's a real shame that he was bumped while someone like Virginia Gibson made it. Walker may not have had a storied career but that's a moot point now because he died young.

I've been cynically thinking that the Oscars will definitely include Walker and even give him its prime "tragically taken to soon" spot. Which apparently is unimportant to the Turner people. This is nothing against Walker, of course, who distinguished himself in early roles in "Pleasantville" and "Varsity Blues."

A quick check of IMDb shows that Diane Clare worked mostly in horror movies and on TV. She last worked in 1968. Of course, she had a role in Robert Wise's "The Haunting," which seems to be a particular favorite of the Turner people.

You're spot on with your comments Joe.

Bravo, Joe! You said it perfectly.

Hi Joe- I would never deny or argue the perfection of Turner Classics. It manages to get everything right. But you are right in this case. I can't think of a single reason to have left Paul Walker off the list.

Inclusiveness? I laughed out loud at the inclusion of Diane Clare, almost fell off the sofa.

I have always thought Paul Waker underrated. It really is a farewell to an unfufilled potential and as such is a bit poignant. I hope to see "Hours" soon. His last film.
Drat! Anyway, love your reviews!

I don't get it. This is akin to not taking seriously an actor like Victor Mature. Thanks for posting.

There will always be omissions and oversights; this is unfortunate in the nature of memorials. In the last few years, TCM has made it a practice to include international names (such as: Chris Marker last year, Nagisa Oshima this year), but even there, there are always people overlooked. It's unfortunate that Paul Walker was overlooked this year, but that would seem to be typical of any year.

Joe! Aren't you guilty of fim snobbery when you put down the films of Elvis, Frankie and Annette?

Scott: I know where you're going with this, and you're right. On the other hand, I've complained that Turner has favored Elvis with all-day marathons while eschewing anything starring Elvis' clean-cut counterpart from the '50s, Pat Boone. (Actually, TCM recently gave in and aired "April Love," but that's it.)

Perhaps Turner bypassed Walker because none of his films has ever been aired on Turner.

Bill- That occurred to me, too, but then there has never been a James Gandolfini film (to the best of my knowledge) to play on Turner either.

How could they include Tom Clancy an slight Paul Walker??

If that is the case then, they have no excuse for missing Paul Mantee (Robinson Crusoe on Mars.) Still, a lousy excuse-explanation from the 'Turner rep.' Too bad cause TCM is usually a welcome oasis from the sea of b.s. this culture has become.

Rob: I've worked at daily newspapers for longer than I care to remember and I'm keenly aware that such lists are arbitrary, based on favoritism and popularity. I appreciate TCM's rationalization, but it's still bad form. Snobbery is snobbery. -J