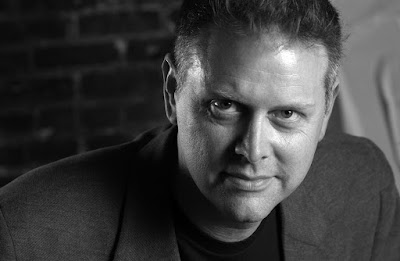 Bosley Crowther covered film for The New York Times for a whopping 27 years. My one encounter with him was in 1967, the year he retired. I was in college, reviewing for the campus newspaper, and had been invited by Paramount to a New York critics' screening of "Barefoot in the Park."

Encounter is a misleading word. We never actually met and my only recollection of the legendary critic was that he sat in the aisle in front of me, to my right, and that he could be heard ... snoring. Disillusioning. 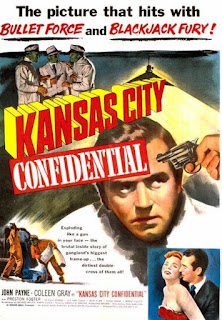 After quoting a lengthy portion of Crowther's scathing attack on Karlson and his star John Payne in particular -  with the venomous quote also superimposed as an on-screen caption (Chyron) - Muller digs into his bag of words and accurately designates Crowther a "gasbag."

Like a certain body part, everybody has one, as the old saying goes (cleaned up here). An opinion, that is. But there are educated opinions, the kind smoothly espoused by Muller - and the kind that seem to evade most professional, working critics, represented by critics like Crowther.

Finally, the impressively knowledegable Muller, who is nothing less than sophsticated, erudite and astute in his taste and brings panache and snap to his presentations, then flings himself into a long overdue critique of Bosley Crowther, equally scathing. Well done. There's a reason why Muller self-describes as "wordslinger, impresario and noirchaelogist."

Muller is an esoteric wordsmith, refreshingly idiosyncratic at times.

As for Crowther, in many other quarters, he was dismissed as "unnecessarily mean" and was particularly questioned about the cluelessness of his take on Arthur Penn's ”Bonnie and Clyde”and his refusal, unlike other reviewers, to re-evaluate it following the controversy of his attack. Instead, he doubled down and retired not long after that. 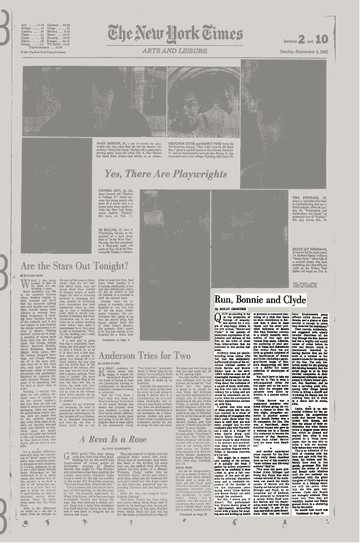 Funny, but whenever Crowther's name comes up, the first thing that flashes into my mind was his B&C review and his refusal to give it a second chance hastened his departure. Unfortunately, they replaced him with Renata Adler, who in her own snooty way was just as off-putting. Her trashing of "The Good, the Bad and the Ugly" was a textbook example of not getting it. She barely lasted a year.

Crowthers, Adler (as Mike points out), Vincent Canby, the list goes on. The Times seems to have a knack for employing less-than-impressive critics. Trouble is, once a critic reviews long enough and builds up a following, most papers like the Times are reluctant to replace him/her.

Roger Greenspun was good.
I remember his review of The Crimson Cult, not a very good movie but it elicited the observation that one of the prime pleasures of double bills was going in when it was light out and coming out in the dark.

My wife and I have enjoyed Mueller and his "Noir Alley" very much over the past year. I'd never been that big of a noir fan, but he's helped me gain an appreciation for it. I agree that "Kansas City Confidential" was a solid movie with a genuinely surprising twist involving Preston Foster's character, plus the remarkable trio of heavies mentioned by you. (I still find it hard to believe that Lee Van Cleef was ever an accountant!) Foster's performance surprised me, since for me he'd always been a serviceable player, but nothing more. Here I thought he achieved some darker colors than I'd seen from him before - bitterness, a capacity for violence, melancholy, all nicely underplayed. And, yes, Bosley Crowther was a gasbag. His attitude struck me as a holdover from the early days of movies, when it was an article of faith among the sophisticated set that movies were disreputable, quite beneath the Legitimate Theater.

Crowther trashed Psycho in his initial review, then it turned up on his Ten Best list at the end of the year. After the Times put him out to pasture he wrote a book called The Great Films, his selection of the 50 greatest movies ever made. They are all warhorse textbook classics like Potemkin, The Seventh Seal, Paisan, etc. The final selection in the book is the Joseph Strick production of Ulysses, which Crowther chose to be "up to date". To say that it isn't the most fondly remembered film from 1967 is putting it mildly. (By the way, the current duo at the NY Times are nothing to cheer about, either).

Kevin- Yeah, he trashed "Psycho," too< and then did an unexpected about-face with his 10 Best list. I completely forgot about that. No surprise, right? And I agree wholeheartedly with you about the current status at the Times- Dargis and especially Scott. Neither brings very much to the table.

Bill- Movie snobs, which best describes Crowthers as a critic, are the worst, perhaps topped by only those critics who are utterly predictable. And he was indeed also predictable. So, again, it's no surprise that he panned the likes of "Psycho" and "Bonnie and Clyde." And I'm willing to bet the rent money that he's among those reviewers who gleefully slammed "Vertigo. -J

I second Joe Dante, re Roger Greenspun. He seemed pretty fair and intuitive - from what little I read his stuff. By that time, I think that I stopped reading the Times for movies. I believe Janet Maslin was at the helm at the tme. Or maybe Canby. Or both. Whoever ruled there at the time, Greenspun seemed the best.

For me, the current Times movie reviewers are simply two more people espousing opinions. And as you say, everybody has one. But what really bothers me are these occasional long-winded "dialogues" in which they indulge, presumably via email. Too pretentious for me. -Sheila

Sheila- Agreed. And sometimes these exercises in critical camaraderie go on for pages in the Times. I rarely make it through them without calling it quits. -J

I had the same reaction to Muller's take on Crowthers,a critic who lasted for 27 years, writing nasty and clueless reviews, only because no one at the NY Times had the insight to replace him. Legendary, my ass!

Hey, everybody, it's Muller, not Mueller! You're thinking of that investigation guy.

I'll defend Dargis and Scott. Manohla was the only major critic who really dug into Joe's LOONEY TUNES: BACK IN ACTION, in particular picking up on the irony of Roger Corman directing a mega-budget version of the stuff he'd once cranked out for five figures. And Scott earned my respect on THE LONE RANGER; in a reversal of Crowther's behavior, he wrote a long Sunday piece admitting he'd reviewed the budget, not the movie, and a second visit confirmed to him that it actually was a very good picture. As we've seen, most critics tend to double down on their mistakes.

Mike- Thanks. Eddie alerted me to the gaffe himself.That said and done, to your other point, doubling down is what most critics do best. -J

My take on film criticism in the New York Times is that the paper is the star, not any of its writers. I think that explains why it has never had a truly outstanding movie critic.

To "Gavin Elster"- You're on to something. The influential movie critics over the years (Kael, Kaufmann, Sarris) have operated out of New York but for publications other than the Times.

I've done some reading on Crowthers since finding this blog and it seems to me that, after 27 years, he went out with little admiration.

You've lost your rent money in your bet that Crowther slammed "Vertigo". In his May 29, 1958 review, Crowther gave "Vertigo" a very positive review. He even called Kim Novak "amazing". But, as was typical of Crowther and many other mainstream critics, his review was superficially plot-oriented and he made no mention of Bernard Herrmann's magnificent score.

Bill! You've proven two points that I honor: (1) One should never assume. And (2) Writers need fact-checkers. I bow to your "Vertigo" research - something that I could have easily done myself. Thanks much. -J.