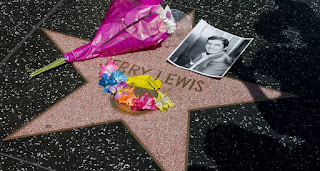 People who are blissfully uninformed like to equate film criticism with movie snobbery. But I know precious few critics who are film snobs.

Quite the contrary, most movie critics are adventurous, with a need to see and understand anything filmic. On the other hand, it's your average moviegoers who are picky about what they see and what they like:

The latest comic-book franchise? "Do you even have to ask? I'm in!" A movie musical? "Are you kidding? I'm not gay!" A serious drama? "Sounds like a downer!" A "chick flick" (awful expression)? "Give me a break!"

And even worse is Hollywood, which likes to complain about movie critics and how they are sadly "out of touch" with the modern movie audience.

Hollywood produces disposable junk ten months out of the year and then, suddenly in November, wills itself into the big-screen Masterpiece Theater, producing films made to win awards exclusively (thereby making itself look legit) and, if enough average moviegoers can be convinced to see them, make a bit of money. By the time the summer movie season rolls around, no one remembers the tiles of these films. "Moonlight," anyone?

At awards time, Hollywood becomes even more self-conscious: The popular moneymakers are ostracized and faux art is rewarded. Also forgotten are the veterans who kept the ungrateful studios afloat. Doris Day, although nominated for an Oscar one time (for "Pillow Talk") has never been given a Lifetime Achievement Award (I can hear a few uninformed moviegoers giggling as I write this) by the same Academy that found the time to honor Peter O'Toole, an example of snobbery unbridled. 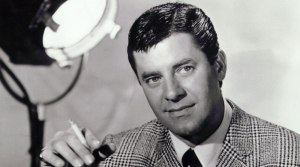 And then there's Jerry Lewis, arguably film's most polarizing figure but undeniably a comic artist who mastered performance, narrative and technology unlike anyone else in movie history - an actor-filmmaker on par with Chaplin and Welles and (dare I say it?) perhaps superior to them both. Arguably.

On the downside, he also influenced a lot of inferior-to-dubious film comics who appropriated from him without fully understanding what they were appropriating. Either way, for better or worse, he was influential. I've learned the hard way not to discuss Jerry Lewis with someone who thinks he/she has exquisite good taste and that Lewis just doesn't fit in.

Again, even worse is Hollywood. No Lifetime Achievement award for Jerry Lewis in his lifetime. The best that the club could do was give him the Jean Hersholt Humanitarian Award in 2009 when he was 83 - not for his work as a filmmaker but for his charitable activities. "Charitable." Ironic, isn't it? 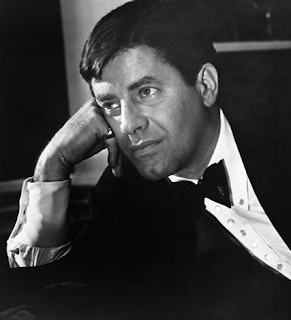 I suppose, at this point, that I should go into Lewis' life, career and amazing achievements but I'd rather point you in the direction of two friends who have done jaw-droppingly thorough jobs explaining what made Jerry Lewis great - the obits/appreciations written by Dave Kehr for The New York Times and Carrie Rickey for The Philadelphia Inquirer.

Yes, two movie critics - well, make that former movie critics - and two of the best. Dave and Carrie have always been open-minded about film and bracingly unpredictable in their tastes. And there's no hint of snobbery.

I think Jerry Lewis would approve.

~Lewis in his prime in the 1960s
~photography: Kobal/REX/Shutterstock©

Great piece. I remember seeing "The Nutty Professor" at the then-Midtown (now Prince) Theater in Philadelphia when it opened. Surprise ending when Jerry Lewis came out on the stage after. I guess I was about 11 years old. Then years later, seeing him onstage in San Francisco in "Damn Yankeees" (great musical) when he must have been in his 70s or early 80s. Always the pro.

This is spot-on, Joe!

It's my understanding that they've offered Day the award but she's turned it down, because accepting it in person is mandatory, and she doesn't want her fans to see her as a woman in her 90s. When the L.A. Film Critics gave her a Lifetime Achievement Award, she accepted on the condition that she could simply phone in during the ceremony, which they granted.

And hey, ain't nothin' wrong with the Hersholt!

Nah, Joe. on a par with Chaplin and welles? Maybe with Roberto Benini or whatever that AWFUL oSCAR WINNER'S NAME WAS

(Belated) thanks for linking to those superb obits--both masterful in their precision, objectivity and focus on the telling detail. What I wonder about is whether we will ever see any footage from THE DAY THE CLOWN CRIED...do you or any of the highly knowledgeable and well-connected commenters here have any further info regarding that??

Thanks, Don, but I can't think of anyone who can comment authoritatively on the subject. However, if there's money to be made from its release, I would be his estate will make it available.