marilyn and the bullies 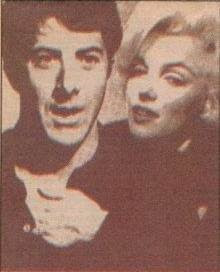 In my hazy dreams, I see Marilyn Monroe playing Mrs. Robinson to Dustin Hoffman's Benjamin Braddock.
That's if she had survived, of course.

Tomorrow - August 5th - is the anniversary of Marilyn Monroe's death.  She passed 55 years ago when she was 36. Fifty-five years. Unbelievable.

When I contemplate people who are no longer with us, I generally think of all the events in life that they've missed. For example, critic Pauline Kael. She died in 2001. I wonder what she'd make of the movies since then.

But in Marilyn's case, I think of what we've missed. I fantasize about all the possible roles she could have played if she survived into middle and old age - and the new breed of filmmakers with whom she might have worked. She would be 91, but a couple decades earlier, I'd like to think that such directors as Robert Altman, Bob Fosse, Mike Nichols, Martin Scorsese, Steven Spielberg and Woody Allen would have all wanted to work with her, even in spite of her well-publicized issues and insecurities.

Mike Nichols originally wanted a veteran movie star for the role of Mrs. Robinson in "The Graduate" (1967) and his first choice was Doris Day. A missed opportunity when Day turned down the role. In my dreams, I see Monroe seducing Dustin Hoffman in that film. And a year earlier, and deglamorized for the occasion, she would have made a compelling Martha in Nichols' adaptation of Edward Albee's "Who's Afraid of Virginia Woolf?"

Other characters and movies cloud my dreams: 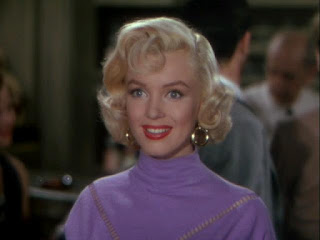 My fascination with Monroe clearly dates back to my childhood. As a kid, she was my first movie-star crush. I was not alone. I remember other kids in my neighborhood - little girls, as well as little boys - who were crazy for her. My theory is that we all sensed a kindred spirit in her.

While Monroe was viewed by adults largely as a brazen sex symbol, children responded, perhaps only subconsciously, to her undeniable child-like quality. True, she was a grown woman, hugely attractive to men, but we all sensed that, somehow, she was also one of us, another kid.

And, as her career progressed, there was something else that made her affecting. It was the irony that she remained an underdog even as her importance soared. She had become a major star but that didn't stop her studio from exploiting and bullying her. Twentieth Century-Fox, the studio that groomed her for stardom, clearly underestimated Monroe. She was no longer the silly dumb blonde who Darryl F. Zanuck had signed. Frankly, she probably never was. She had opinions. And that was unacceptable. 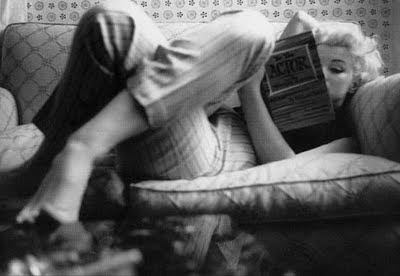 Of all the roles that Monroe played, I've a hunch that the character closest to her own personality is Vicky Parker from Walter Lang's "There's No Business Like Show Business" (1954). Vicky, whose voluptuous good looks and overall blondness camouflage her drive and ambition, has pretensions of being a major star - and nothing and nobody will stop her. She goes after what she wants and becomes a star - and she makes enemies. 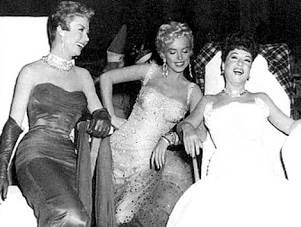 There was no way that Monroe would have had the clout to move on to such films as Joshua Logan's "Bus Stop" (1956) and John Huston's "The Misfits" (1961) if she continued to "know her place."

She took a break from Fox and all the rampant bullying and went East to New York, where she fell in with ... more parasitic bullies. While they may have considered themselves less vulgar than Hollywood denizens, the New York elite who befriended Marilyn - her Actor's Studio mentor Lee Strasberg, her personal acting coach Paula Strasberg, photographer Milton Green and husband Arthur Miller - could also be called out for exploiting her (but in an altogether different way).

The bullying hasn't ceased. Even 55 years after her death, Marilyn Monroe remains the subject of adulation, as well as exploitation and criticism.

For TCM's recent screening of Billy Wilder's "Some Like It Hot" (1959) - the July 29th edition of The Essentials - host Alec Baldwin and his guest Tina Fey engaged in the usual Monroe negativity. A huge disappointment.

Baldwin commented (rather gratuitously) that he never found Monroe attractive. I smiled and thought to myself, "I think the feeling would be mutual, Alec." Fey was a tad more generous, I guess, when she commented that, over the years, she's "warmed up" to Monroe.

When they inevitably brought up Monroe's reputation for being disruptive and troublesome on movie sets, my jaw dropped. Really? I squirmed for Alec Baldwin, the last person who should toss a stone in that direction.

OK, full disclosure: Baldwin is a terrific, versatile actor and Fey has a brilliant mind and winning personality. I like and admire them both. But in another 55 years, as the Monroe obsession continues, they'll be footnotes.

Note in Passing: "Sleep well, sweet girl. You have left more of a legacy than most, if all you ever left was a handful of photographs of one of the loveliest women who ever walked the earth." 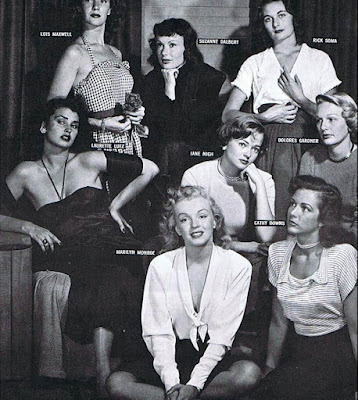 This group shot of young starlets new to Hollywood, taken for an issue of Life magazine, illustrates what made Monroe so special. In a picture involving seven other actress, the camera and our eyes are drawn instinctively to her.
*  *  *  *  *
~additional images~
(middle)

On the other hand, she might have wound up like her one-time roommate and fellow blonde bombshell Shelley Winters: Fat, crazy and an occasional panelist on "Hollywood Squares."

"I'll take Marilyn Monroe to block."
"I might have gone to James Dean for the win, but this might work out."

Thank you for the jawdroppingly (is this a word?) wonderful and incredibly analytical tribute to Marilyn on the eve of her death.

I can not imagine Marilyn going the psychological horror route that so many aging actresses have embraced in WHATEVER HAPPENED TO BABY JANE?; HUSH HUSH SWEET CHARLOTTE; WHAT'S THE MATTER WITH HELEN?; THE NANNY; WHATEVER HAPPENED TO AUNT ALICE (or whatever the Geraldine Page/Ruth Gordon film was called); DIE DIE MY DARLING.

Apparently you agree with this, too. (For full disclosure purposes, I saw and loved all the above psychological horror films. Still, Marilyn would not have gone that route.)

Nor did you list big budget films of the time ("religious" films come to mind and/or films by directors like Cecil B. DeMille) which contain casts of "thousands," including 30-second cameos by aging actors and actresses.

You truly outdid yourself on the Marilyn post, Joe.

Thanks for taking the time to write such a thought-provoking piece.

Marvin- You are so right. Her career could have gone in any number of directions. I chose one based on my fantasy of what she could have accomplished if given half the chance. -J

I'm not sure how Marilyn would have ended up. Joe is optimistic. Mike is perhaps more realistic. And Marvin seems sure that she would not have gone the horror route. I don't know about that. It's a puzzlement.

I would like to think that, like Doris Day and Kim Novak, she would have backed away from the spotlight and retired, perhaps alone, perhaps with someone who finally appreciated and respected her.

Didn't realize how dead Marilyn Monroe was. I love to disagree with you on some stuff or else I'd think we were twins separated at birth but I don't think MM had the chops. Or the temperament. Or maybe even the talent to get the parts you envisioned for her.

I had to laugh when I read this, Joe, because I had the same reaction about Baldwin and Fey discussing how problematic Monroe was. I guess I expected empathy, not judgment.

Joe! If "they" (whoever "they" are) gave Pulitzer Prizes (or Academy Awards) for blog posts, your post on Marilyn would certainly win. I am still reeling from all the wonderful ideas and thoughts which you presented.

Joe, I think Marilyn would have made the perfect Dolly Levi. Just imagine her in the "Hello Dolly" number with Louis Armstrong! She would have been the right age when the film was made.