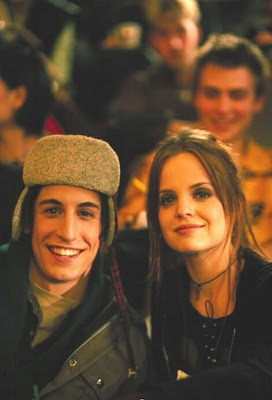 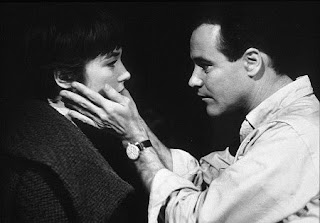 Amy Heckerling's 2000 romantic comedy, "Loser," came and went without making much of an impression.

But this shaggy little film is not without its fascination. Although no one would admit it at the time of its release, "Loser" is a rather transparent tracing-over of Billy Wiilder's "The Apartment." The similarities are striking and to writer-director Heckerling's credit, she pulls off the conceit in an amazingly clever way.

The skeletal plots are identical: Nerdy guy has a crush on a woman who likes him but who, in turn, has a crush on an authority figure who's taking advantage of her. In "The Apartment," these characters are played, respectively, by Jack Lemmon, Shirley MacLaine and Fred MacMurray.

In "Loser," their counterparts are Jason Biggs, Mena Suvari and Greg Kinnear. Wilder's film takes place within the confines of an insurance company; Heckerling's on a college campus.

Beyond its basic plotline, there are several scenes in "Loser" that echo Wilder's film:

(1) In "The Apartment," Shirley MacLaine stands up Jack Lemmon at a performance of "The Music Man." In "Loser," Jason Biggs is stood up by Suvari at a rock concert.

(6) Both films end with the heroine finally wising up and rushing back to the hero's apartment/animal hospital quarters for a happy ending.

At the time of the film's release, Heckerling, who happened to adapt Jane Austen's "Emma," with tremendous success, into 1995's "Clueless," was quoted as saying that the similarities were coincidental.

And perhaps Wilder, who was still alive at the time, gave his blessing. After all, he was something of a mentor to Heckerling, having signed her application for membership in the Directors Guild of America.

Bottom line: There's absolutely nothing wrong with paying homage. It happens all the time in movies. Anyway, "Loser," whose title unfortunately proved to be prophetic at the box office, clearly deserves a second look - and perhaps in tandem with - back-to-back with - "The Apartment."
Posted by joe baltake at 1:48 PM

I enjoyed "Loser" when it was releases and didn't understand the largely negative reviews. For me, its only major shortcoming was that Heckerling didn't seem to have a feel for New York as a setting in the way that she does for Los Angeles, in both "Clueless" and "Fast Times at Ridgmont High." Good choice for this feature.

As a wise man once said: In literature, it's plagiarism; in cinema, it's homage.