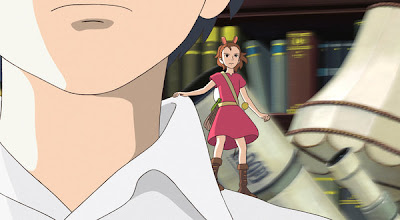 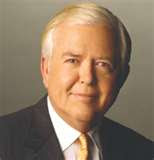 Will wonders never cease? Lou Dobbs of the eponymous "Lou Dobbs Tonight" on the Fox Business Network, has made the startling discovery that two new family-friendly animations - Disney's "The Secret World of Arrietty" and Universal's "Dr. Seuss' The Lorax" - come with a liberal bias.

The wonder that fails to cease is not that Dobbs made this predictable and unoriginal observation, but that I agree with him. Yes, yes - both "Arrietty" and "Lorax" are wonderfully, gloriously left-leaning.

This isn't the first time this year that a radical-right crackpot has denounced Hollywood's menu for children. "The Muppets," "Cars 2" and "Happy Feet 2" were also "exposed" as some kind of plot.

But my immediate interest is the "Arrietty"/"Lorax" scandal because Dobbs not only dismisses both titles as “insidious nonsense from Hollywood” because of their rather transparent, often blunt political themes, but also claims that “Hollywood is once again trying to indoctrinate our children.”

"Indoctrinate"? The word I'd use is "enlighten."

"The Secret World of Arrietty," based on the beloved Mary Norton book, "The Borrowers," about tiny denizens who “borrow” their life essentials from humans, is not about "class envy and redistribution of wealth," as Dobbs puts it, but about having empathy for something foreign or different. Also, it's from Japan, not Hollywood. I guess that's worse.

"Dr. Seuss' Lorax"? Well, Dobbs says that this one is yet another example of "environmental radicalism" and, you know - pause - it is! But so what. The film, about a willfully clueless tree assassin, is also anti-corporate America and makes no effort whatsoever to hide this fact. I say huzzah.

Anyway, two points that I learned during my decades as a movie critic is that (1) everybody has an opinion about movies and (2) frankly, precious few of these people actually know what they are talking about.

I find them rather tiresome.

Earth to Mr. Dobbs: All movies have an agenda and/or some sort of political content. Your discovery is not exactly a revelation.

I wonder if you've paid heed to John Huston's 1982 screen adaptation of the musical "Annie" - based, of course, on "Little Orphan Annie" - and its none-too-vaguely anti-Capitalist undertones. Leapin' Lizards! 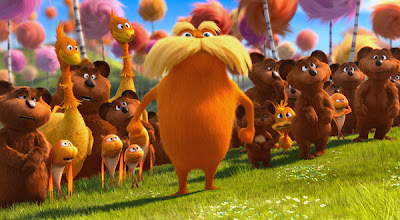 The right says that lefties are always whining and complaining, but it seems that all the petty complaining these days comes from the right. Tiresome, indeed.

Does Dobbs actually think that someone is going to go out and make a children's film that celebrates corporate greed? Or that parents would take their kids to see it - or that anyone would want to see it?

That's right, blame Hollywood. The last time I checked, both of these movies were based on books.

I've been watching, and enjoying, Gene Autry movies on the Encore Westerns channel and some Roy Rogers on video tape. Quite a few of them have strong environmental and conservation messages to them.

What would the right think of that?