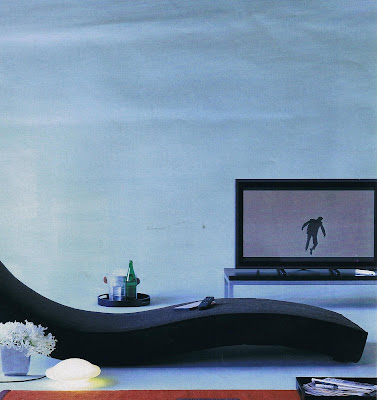 Although it's never been noted, "Vertigo" (1958) and "Marnie" (1964) - for my money, the two crown jewels in Alfred Hitchcock's matchless canon - are companion pieces. They are, in many ways, the same film.

These twins are deeply psychological studies - leisurely, seductive narratives with both James Stewart and Sean Connery as obsessive, controlling men, and Kim Novak and Tippi Hendren as the women whom they respectively ensnare, obstensibly for their protection. Or is it the women who ensnare the men? It doesn't matter. What's clear is that the person being rescued and saved must first be vanquished, conquered. 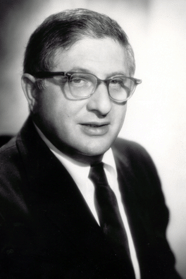 In "Marnie," Diane Baker fills the curiously ambivalent role that Barbara Bel Geddes has in "Vertigo," only with a dash of tangy malevolence. Irrevocably linking the films are the two gloriously symphonic, strikingly similar scores penned by Bernard Hermann (pictured left), both of which seem driven by the very madness that permeate Hitchcock's films.

"Vertigo" and "Marnie" also somewhat share the same history in that both were received indifferently by critics when each debuted. Both were belatedly rediscovered and redefined, finding appreciative support - "Vertigo" more so than "Marnie." I remain hopeful that, one day, "Marnie" will be seen as the masterwork that it is.

Uncork the champagne early and enjoy.
Posted by joe baltake at 10:54 AM

Joe, I thought that I formed pretty stable views of Hitchcock’s films during their first runs, but I've become convinced that I was swayed by the critics at the time. Actually, "Vertigo" got more harsh reviews than "Marnie," which was just casually dismissed. I think there's a clear contradiction between what Hitch achieved and what the naysayers decided what they wanted to see. They nitpicked in order to rationalize their refusal to see the films for what they are. As Hegel might have said, “Inconsistency is the Hobgoblin of little critics” (probably truer for critics than for philosphers). Is prime '30s poetic-realist Hitchcock better than psycological/surrealist Hitch of the '50s? You decide. Nevertheless, his early theories and his latter practices mean little for film quality, early or late. As he evolved, his films changed. Did they get better? That's relative. I think they did. "Vertigo" and "Marnie" are remarkably rich movies.

That's a great way of looking at these films. I love Marnie actually, it's a weird film but in many ways that's what makes it so great, its strangeness and its curious sense of disconnection, like the way Hitch so deliberately uses all those blatantly artificial matte paintings and rear projection inserts, with no attempt to mimic reality. It seems to take place in a dream world, and Tippi Hendren's stylized, hypnotized acting only confirms the sensation. I love Diane Baker's character in this too, she's probably the best part of the movie in this small role so full of sass and vitality and worldly sarcasm.

I have no argument with what you wrote, Joe! Yes, it’s the hasty, short-sighted nature of what critics (usually) write in groups that can create a bad (and unproductive) vibe for a film!

There’s a difference between saying “Take another look at this” and “You haven’t looked closely enough at this yet.” Which is what I think you're saying here.

Ultimately, no one can ever look closely enough at anything. But everyone needs to figure that out on their own.

By the way, because you are no doubt too modest to mention outright yourself, but this is the first time I read this comparison of the two Hitchcocks.

Incidentally, I've made a similar comparison myself; for me, the two films follow basically the same plot but whereas Vertigo is from the male perspective, Marnie is from the female perspective, reversing Scottie's voyeuristic admiration of Madeleine in the former film.

Thanks for the kind words.

If you got there first with this comparison, then I gladly pass the torch to you. And I agree with you about the male-female reversals.

BTW, I enjoy your site, Only the Cinema. And recommend it to others.

Oh, I'm sure I didn't get there first either, actually, I get the sense that this is a pretty common reading of the two films. There are a lot of connections and echoes in Hitch's work, especially the later psychosexual films like these ones.

Anyway, thanks for the kind words, and the always-insightful post.

There are two aesthetic criteria for identifying great modernist works - invention and sphistication. These seem to me to weigh in favor of the greatness of both "Marnie" and "Vertigo," whatever cases the original critics made against the films and contemporary cinephiles make in their favor. That such boldly original skilled work could make it to completion fill me with such great hope that I’ll admit my judgement might be unsettled as to the final assessments of their overall worth.

"Vertigo" and "Marnie" have another thing in common. Hitch wanted different actresses in the lead roles originally - Vera Miles for "Vertigo" and Grace Kelly for "Marnie." But I'm happy with the actresses who eventually played the roles.

I think it wasvery brave (or foolhardy?) of Hitchcock to tackle "Marnie" so soon over the commercial and critical failure of "Vertigo." I agree. They are like Siamese Twins and I like both. Keep up the great work!

it’s easy enough to understand why Verito and Marnie - and L'Avventura snd Stromboli - were rejected so violently by their first audiences. As Marshall McLuhan pointed out, whenever innovation is introduced into an art form, initially it doesn’t look like innovation – it looks like a mess. It is way too easy to mistake a dead end for a doorway into a brand new world.

Marnie is one of the most fascinating failures of Alfred Hitchcock. The film was a critical and popular dissapointment when it premiered in 1964. Many critics were turned off by the film's eclectic blend of mystery, crime, sexual dysfunction, and psychoanalytical elements. But the film has come into its own to be widely acknowledged as one of Hitchcock's most interesting and misunderstood films.

Marnie is also one of Hitchcock’s most operatic films, if there was ever one. By combining a great number of elements such as his stylized approach to story telling and the high drama and romanticism of grand opera, Mr. Hitchcock has fashioned one of his most fascinating films, if not completely perfect. The film is somewhat comparable to Vertigo in its use of psychological dysfunctionality as the catalyst to the suspense of its story. Marnie (Tippi Hedren) is a kleptomaniac who moves from city to city, embezzling from her employers as she goes. That is until she meets Mark Rutland (Sean Connery) as the client of a previous victim who figures out her gig. Obsessed with Marnie, Mark blackmails her into marrying him. "You don't love me, I'm just something you caught. You think I'm some kind of animal you've trapped." screams Marnie at a key point in the film. And she is right. Mark has his own fetish; a fascination towards Marnie’s kleptomaniac tendencies and a desire to tame her. The whole movie revolves around Mark’s obsession in finding out Marnie's deep dark secret.