Uh-Oh, The Suits Are Messing Around with "Dirt" 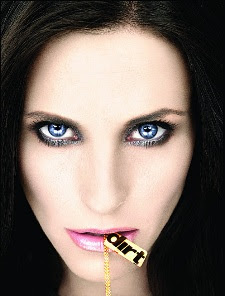 "Dirt," the delicious FX channel series about unharnassed tabloid journalism and the self-involved celebrity that both feeds on it and enthusiastically accomodates it, never had a chance. Frankly, I'm surprised it's back for a second season, which kicks off tomorrow evening (Sunday, March 2) at 10 (est).

Not that Matthew Carnahan's show isn't good. Quite the contrary, it's awesome - and compulsively watchable. It's not just juicy trash, but alert, inuitive juicy trash. The nation's TV critics, not surprisingly, didn't "get it." Worn out from too much product coming at them at once, most of them promptly - and hastily - dismissed it. Well, you know, in a season with something like 200 new shows on at least 300 different channels, you can't like everything, right?

Well, I did get it and did like it, as outlined in my previous blog, titled Magnificent Obsession: Courteney Cox's "Dirt", from March 17th, 2007.

But the critics weren't the problem. The ratings were. They were low. And, friends, low ratings are like catnip to interferring producers and network heads who suddenly feel the need to become "creative."

The ratings left a lot to be desired, despite the presence of the show's bankable star, Courteney Cox, proving her acting chops in a psychologically fascinating delineation of the most driven L.A.-based woman since Joan Crawford - and also despite a towering supporting performance by Britain's Ian Hart as Cox's schizzy lap dog. The fact that Hart didn't even qualify for an Emmy nomination this year only proves that the people who produce TV don't actually watch it.

Oh, for the record (and the uninitiated), Cox plays the editor of the titular tabloid, Dirt, and Hart is her ace stalker/ace photographer.

So, yes, the show is coming back but, if you read between the lines of an astute piece by Edward Wyatt, "A Cable Drama Gets a Makeover Ripped From the Tabloid Headlines," that ran in today's New York Times, you'll discern that "Dirt" has possibly been neutered, compromised, made conventional and made nearly (but probably not quite) family friendly. I hope I misread Wyatt's piece. I hope I'm wrong. 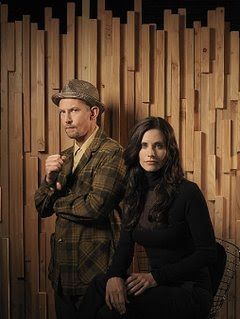 But it's not a good sign when the show's creator is seemingly complicit in redefining his own show.

And it's certainly not a good sign when the show's star, agreeing to the changes, claims how they now play to her strengths - as a comedienne. Perhaps. But, Courteney, "Dirt" isn't a comedy, at least not in the traditional sitcom sense of the word.

And it's a bad sign when Hart says he is "irked" about how they've diluted his character, a self-described "highly functioning schizophrenic" who apparently is now on drugs (to make him more normal, see?) and no longer the subject of hallucinatory moments that contributed to some of the most singular scenes in the show.

We'll have to wait until Sunday to see how much of "Dirt" remains. But it's comforting - strange word to use about such a disruptive, edgy show - to know that season one is on DVD, preserved forever.

Or for as long as its distributor continues to print it.

Anyone interested in perusing some 2060 of my film reviews, dating back to 1994, can do so by simply going to RottenTomatoes.Com
Posted by joe baltake at 4:16 PM

Yes, i'll be watching tonight (i was a huge fan of the first season of DIRT, which i did find compulsive viewing - i would have thought - for anyone who has any interest in show business) but i also sense a great deal of tweaking to try to get the show to be more family-friendly. I hope that we're wrong, and that the series comes back with its sardonic/ruthless edge intact, but perhaps that's wishing for too much.

Daryl. Happy to meet another fan. Hopefully, we're not te only ones.