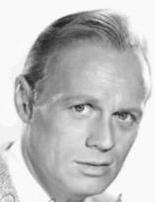 Richard Widmark, like Robert Mitchum and Glenn Ford before him, was perennially neglected by the enervating Motion Picture Academy of Arts and Sciences during his lifetime. Each year during its tedious giveaway show, the Academy predictably turns its back on some of its most invaluable home-grown, back-lot icons, such as Widmark, Mitchum, Ford and the wonderful Ida Lupino.

After producing trash for 10 months out of the year, the movie industry suddenly becomes self-conscious, self-important and more than a little snobbish at awards time. Richard Widmark? No, it instead chooses to honor someone invariably from Great Britain (Peter O'Toole, anybody?) with one of its special awards - or a filmmaker whose overall contribution to the art was relatively limited (an undeserving Elia Kazan, who happened to direct Widmark in "Panic in the Streets").

Now, it's too late. For Widmark, at least. (Memo to the Academy: It's still not too late to honor Doris Day. Or how about Jerry Lewis?)

Oh, well... Moving on, American Movie Classics has telecast one of Widmark's last great films (and great performances) several times recently. Stuart Millar's modern Western, "When the Legends Die" (1972), has been penciled in again by AMC for 6 a.m. (est) on Saturday, April 12th. Millar's fine, autumnal film introduced Frederic Forrest to the screen, but it's Widmark who totally holds each frame. 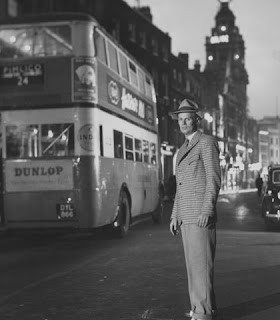 Note in Passing: For first-rate appreciations of Richard Widmark, the man and the actor, check out Aljean Harmetz's and Dave Kehr's two terrific pieces in the New York Times. You might also want to peruse the comments about Widmark on Dave's blog, Reports from the Lost Continent of Cinéphilia.

(Artwork: The many sides of Richard Widmark, a true classic)

Anyone interested in perusing some 2060 of my film reviews, dating back to 1994, can do so by simply going to RottenTomatoes.Com
Posted by joe baltake at 2:37 PM

You said it all. Great! Thanks.

I will always remember him for the classic episode of "I Love Lucy" when the redhead of the title hopped his fence and snuck into his house.

I'd really love to hear the Academy's reasoning for continually passing Widmark over for an honorary award. Given his reclusive nature and refusal to appear on talk shows, I suppose it's possible they asked and he turned them down (I've heard rumors that this is the story with Doris Day). Widmark did show up in 1990 when honored by the National Board of Review, but he was a spry 75 or so back then.

In the past year, I've revisited a few of his '50s classics: Night and the City, Panic in the Streets and Pickup on South Street -- all excellent, with great work by Widmark. RIP

The ironic aspect of Widmark's career for me is that his most famous role is probably "Kiss of Death," where he plays a psychopath, yet his most striking characteristic on-screen is his understated decency. That quality, which might not be all that interesting by itself, is given depth by two others, which act as harmony does to a melody: 1.) his quiet, self-deprecating humor; and 2.) the subtle, below-the-surface self-awareness that he may not be able to live up to what's best in himself. I think, in these ways, he was very representative of the Middle American male of his era, that being an atomic Cold War with serious civil rights issues, combined with prosperity and seeming tranquility. Henry Fonda and Gregory Peck were both better known for expressing these traits, but I think Widmark, being more an Everyman than an obvious movie hero, may have in some ways been an even better representative of his time.

On a simpler level, he surely had one of the great voices. I can't recall people commenting on that very often, if at all, but I'm always struck by what a remarkable instrument his voice was.

And finally, I have a fondness for him based on the fact that my cousin, Stephanie Griffin, was the second female lead, behind Felicia Farr, in a pretty decent Western called "The Last Wagon" from 1956, starring Widmark and directed by Delmer Daves. Sentimental, yes, but there you go.

Another great western that showed his decency was was "Cheyenne Autumn".