One of the more appealing character actresses of the 1950s - as well as one of the least known - is the fabulous Carmen Phillips, whose unique persona (read: alluringly strange) may have denied her access to lead roles. She appeared in only 15 films, made between 1958 and 1969. 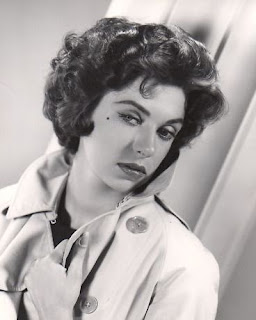 Her first film was an uncredited role in Jack Arnold's "High School Confidential!" (1958) - there are a lot of uncredited roles on her résumé - and her final part was as a mime in Dennis Hopper's "Easy Rider" (1969).

Phillips had guest roles in about 20 TV series during her short career and parts in such MGM titles as George Marshall's "It Started with a Kiss" (1959) and Ranald MacDougall's "The Subterraneans" (1960), based on the Jack Kerouac novel. Which was apt. She was clearly a character that Kerouac could have created, what with her distracted, whifty air and glazed eyes with their come-hither stare. Metro-Goldwyn-Mayer must have seen something in her because she studied acting on the studio lot. 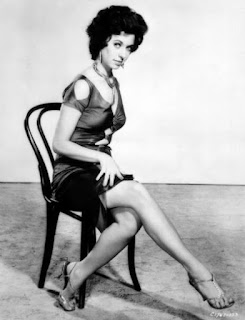 Three of Phillips' performances stand out for me. First and foremost, there's Vincente Minnelli's sublime "Some Came Running..." (1958), in which she and Shirley MacLaine play Rosalie and Ginny, a pair of floozies who hook up, most memorably, with Dean Martin and Frank Sinatra, respectively. MacLaine walked off with an Oscar nomination for her touching, if shrill performance. Phillips, just a good (if not better), isn't even listed in the film's credits. 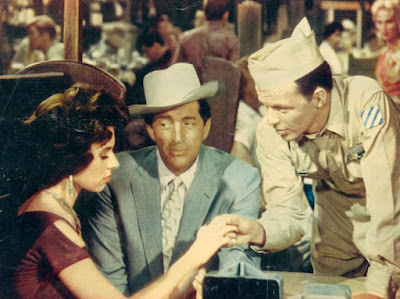 A year later, Phillips and MacLaine reunited for the Charles Walters comedy, "Ask Any Girl" (1959) and, two years later, they teamed up with Sinatra and Martin again for Lewis Milestone's "Ocean's 11" (1960). 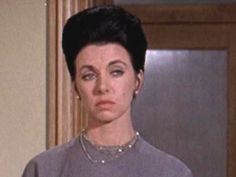 Then there's her hilariously stoic bit (one brief scene, also uncredited) as Martin Gable's bemused secretary in Alfred Hitchcock's compulsively watchable "Marnie" (1964). Gable is every bit as strange as Phillips in the film. It's the perfect match of boss and secretary, a typically nifty Hitchcock touch.

But her most memorable bit came in George Marshall's sharp film of Jean Kerr's "Please Don't Eat the Daisies" (1960), in which she unexpectedly invades the apartment of Doris Day and David Niven with a real estate agent and measuring tape in hand. She's all business - frighteningly so - making it clear that she has every right to see the apartment. They've already handed in their notice, see?

Niven is understandably freaked out. "Look, Mr. McKay," Phillips says with an icy stare, "I’m tired. I don’t like being awake in the daytime.”

When she heads into the bedroom with her tape, Niven asks, "What is she, a vampire?" The agent: "I've been frightened all morning!"

Niven:“I don’t think she likes men.” Phillips (overhearing him):“I don’t like women any better.” And seeing Niven's infant son locked in a cage usually reserved for a pet dog, she asks, "What’s with him? Queer?”

It's a memorable scene in a rich comedy full of such moments and, for this occasion, Phillips received screen credit: Carmen Phillips as Mary Smith.

~David Niven and Carmen Phillips in a scene from "Please Don't Eat the Daisies"
~photography: MGM 1960©

~Phillips as Rosalie in "Some Came Running" ... and with Dean Martin and Frank Sinatra in a scene from the same film
~photography: MGM 1958©

Interesting to read about her--- I do remember her in some of those. Perhaps she didn't have a strong enough agent....

I love her! And I always wondered about her. Never knew her name. But she was certainly unique. Thanks for honoring her.

Interesting. But I'm left wondering why she decided to quit films after only about ten years and what she did between that and her death. A mystery.