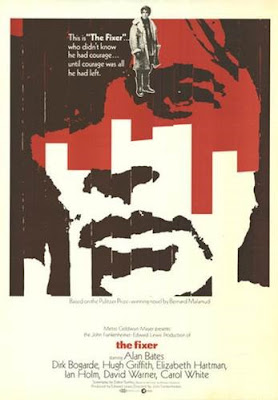 By all appearances, a noteworthy "prestige" production - made by MGM in the late-'60s, when the studio was having one of its many tumultuous periods - has evaporated: John Frankenheimer's splendid version of Bernard Malamud's "The Fixer," starring Alan Bates in the title role. 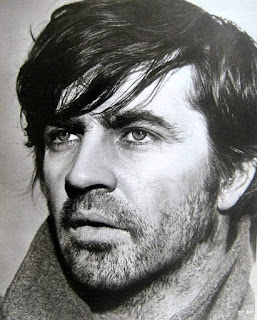 Adapted with fidelity by Dalton Trumbo (the '50s blacklisted writer who returned to the scene via Stanley Kubrick's "Spartacus," thanks to the intervention of star Kirk Douglas), "The Fixer" stars Oscar nominee Bates as Yakov Bog, a peasant Russian-Jewish handyman who becomes a victim of anti-Semitism in Czarist Russia when he's charged with a crime that he did not commit - the "ritual murder" of a Gentile child in Klev.

The film vividly traces his journey from pariah to eventual hero, detailing the tortures, indignities and humiliations that Yakov suffers along the way. 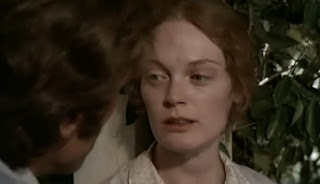 Frankenheimer gives himself over to this alien milieu with his usual artistic and humanistic abandon, offering a masterfully mordant exploration of what it takes to live and survive. Abetting him are sterling (and stirring) performances from a varied, top-notch cast - the singular, much-missed Elizabeth Hartman, Hugh Griffith, Georgia Brown, Dirk Bogarde, Ian Holm, Carol White, David Opatoshu, Murray Melvin, David Warner and, of course, the star of the piece -  the equally singular and much-missed Alan Bates.

Bates died in 2003 at the age of 69 and, despite his virile screen presence and vigorous performances, is barely remembered today, his name rarely invoked (if at all) in film pieces. During his life, he made 55 films (including one short, 1972's "Second Best," adapted from the D.H. Lawrence story), along with 30 appearances in assorted television movies and series.

His first film role of any consequence was as Laurence Olivier's son in Tony Richardson's "The Entertainer" (1960), followed by Bryan Forbes' "Whistle Down the Wind" (1961), John Schlesinger's "A Kind of Loving" (1962), Clive Donner's "Nothing But the Best" and Michael Cacoyannis' "Zorba the Greek" (both 1964), and Silvio Narizzano's "Georgy Girl" (1966), in which he and Charlotte Rampling made an incredibly hot couple. 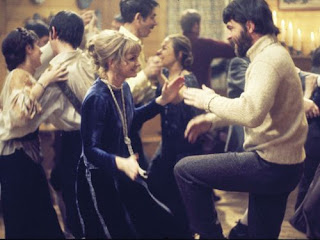 After that, the output and quality of his work were amazing, with too many titles to mention here. However, if I were to arrange an Alan Bates Film Festival, these would be my top picks: Schlesinger's "Far from the Madding Crowd" (1967), Joseph Losey's "The Go-Between" (1971), Peter Medak's "A Day in the Death of Joe Egg" (1972), Harold Pinter's "Butley" (1974), Lindsay Anderson's "In Celebration" (1975), Paul Mazurksy's "An Unmarried Woman" (1978) and particularly Ken Russell's "Women in Love" (1969), in which he shared one memorable scene after another with co-stars Glenda Jackson, Jennie Linden and Oliver Reed, his challenger in a stunning sequence - the film's erotically-charged nude wrestling match. 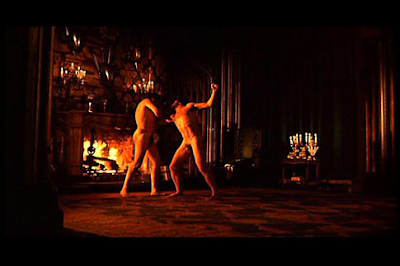 Bates' final screen appearance was in a TV-movie version of "Spartacus" that aired on the USA channel in 2004, a year after his death, and has been released on VHS and DVD by Universal Home Entertainment.

Notes in Passing: Turner Classic Movies (TCM) will air the Bates-Russell collaboration, "Women in Love," @ 4;30 a.m. (est) on Saturday, February, 23rd. And Bates film for DeBroca, "King of Hearts," is currently screening in New York at the Quad Cinema (34 West 13th Street) in celebration of its 50th anniversary. This is a 4K restoration/revival.

~poster art for "The Fixer"


~Alan Bates in "The Fixer"

~Bates with Jennie Linden in "Women in Love" and a moment from the film's nude wrestling match with Oliver Reed
~Photography: United Artists 1969©
Posted by joe baltake at 10:30 AM

On Frankenheimer films, I think the really outstanding one that people are least likely to be familiar with is “The Iceman Cometh,” a work, I think, of a pitch perfect moral gravity that I think involves not just obtaining great performances (as say Lumet might do) but stylistically orchestrating them into a taut and seamless flow of meaning and emotion.

Generally, Frankenheimer certainly sustained a level of craftsmanship which has some relationship to an older Hollywood even though he is firmly of a more modern era, and it’s not of the kind one sees much of now. I am surprised that he hasn't been rated well as a visual stylist–he’s not that negligible in that regard. For example, he was quite capable of composing a shot which was not only attractive but had different elements working in different parts of the frame, sometimes in foreground and background, the kind of thing one associates more with classical directors than a newer Hollywood (I remember observing this in “The Birdman of Alcatraz” even though the movie did not affect me as it did a lot of people). For me, his limitations show more in a relative lack of depth. These are mostly handsome mainstream films, sympathetically aware of character and relationships if not that penetrating about these things and rarely very surprising.

At the end of the day, there will always be The Manchurian Candidate.

Saw this movie while vacationing in Estonia. Couldn't stop watching.

Nice to read about this film and its talented director. You captured his mise-en-scene perfectly, but lest we forget, "The Fixer" also worked in the realm of that one word: “Entertainment.”

Frankenheiimer did some nice turns directing both anthology and episodic television before moving to theatrical features. But his feature film work is particularly noteworthy.

I'm glad that r. cohen brought up Frankenheimer's slant on mise-en-scene, since that aspect of his work is rarely addressed and he's never been considered an auteur. Here's Sarris on auteurism: “film analysis on an auteurist board would be focused” on “style” — personal style and stylistic flair–and on thematic consistency (Sarris, 1968, pp. 30-33), not particularly “mise-en-scene and how it functions,” although this typically would take up some considerable part of the focus on “style.”

I've been hoping for a DVD release of this film for years. Frankenheimer (RIP) was such an underrated director. This film and "The Challenge" from '82 are the only ones of his I've not been able to see. Thanks for writing about it!

"The Fixer" is quite something, and it’s visually one of the most interesting films Frankenheimer ever made. The locations are stupendous, and Frankenheimer, I think, was a filmmaker who rarely utilized location work. He exploited them perhaps only here and in "The Train."

I can't believe this films is lost. Thanks for reminding me. I was always a fan of both Frankenheimer and Bates

It's remarkable how a film can fade away and not be remembered. That's why home entertainment is so vital. Everything should be available. I remember this film fondly, although I saw it only once and then it disappeared. Has it ever been televised? I think not. I was rooting for Bates to win his Oscar that year. Still can't believe he lost out to Cliff Robertson for "Charly."