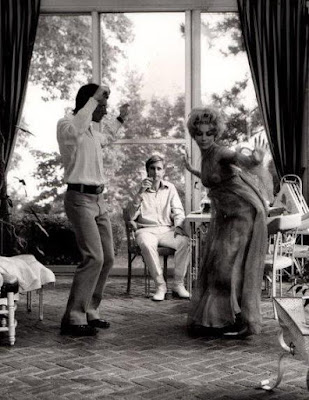 Grover Dale attempting to teach society matron Lee Grant how to boogie in a witty scene from Hal Ashby's "The Landlord" (1970) That's Beau Bridges in the background, looking on in amusement

The screen has produced a wealth of wonderful dancers. Outstanding among the women are Rita Hayworth, Ann Miller, Eleanor Powell, Vera-Ellen and, of course, Ginger Rogers, arguably the most versatile of the group. But, Hollywood being Hollywood, it's the male dancers who commanded the most attention and praise - perhaps because they often collaborated with the choreographer or simply designed their own dances.

For this reason, Fred Astaire and Gene Kelly immediately come to mind when we think about film and dance.  They dominated the field, often to the detriment of other fine male dancers (inadvertently so, of course).

Often overlooked are such terrific dancers as Gower Champion, Tommy Rall, Gene Nelson, Bobby Van and, initially, Bob Fosse - when he was just a dancer and supporting player usually billed as Robert Fosse.  He drew more attention when he moved into choreography and directing, as did Gower Champion.  Apologies to Fred and Gene, but screen dancing was rarely more thrilling than when Fosse teamed up with Van and Rall in George Sidney's "Kiss Me, Kate" (1953) or with Rall in Richard Quine's "My Sister Eileen" (1955) - or when Gene Nelson (perhaps my favorite of the bunch) kicked up dust in Bruce Humberstone's "She's Working Her Way Through College" (1952) or Fred Zinnemann's "Oklahoma!"(1955). 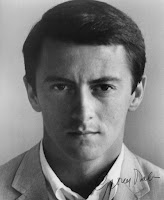 On a more (relatively) contemporary note, there's Grover Dale, who danced on-screen in only three movie musicals but made an indelible impression with his limited screen time in that trio. He also danced in the non-musical, "The Landlord."

Dale made his Broadway debut in 1956 in "Li'l Abner" and subsequently danced and acted in four major productions I saw as a kid - "West Side Story," "Greenwillow," "Sail Away" and "Half a Sixpence." After "Sixpence," he worked largely as a choreographer in the theater, taking time off occasionally to dance on film - which is where I really noticed his work. 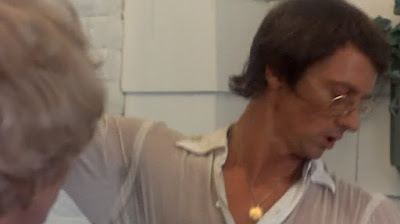 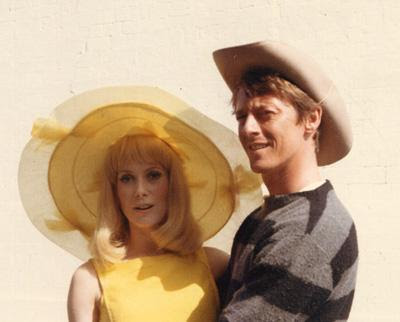 Those films include his debut in Charles Walters' "The Unsinkable Molly Brown" (1964), Jacques Demy's "The Young Girls of Rochefort" ("Les demoiselles de Rochefort," 1967) and George Sidney's film of "Half a Sixpence" (also 1967).  Dale also had a curiously brief bit as Lee Grant's personal dance instructor in Hal Ashby's "The Landlord" (1970) - curious in that the film once included a musical dream sequence (inevitably deleted) involving stars Beau Bridges, Diana Sands and Lou Gossett - and, frankly, I've always wondered if that missing number was choreographed by Dale. 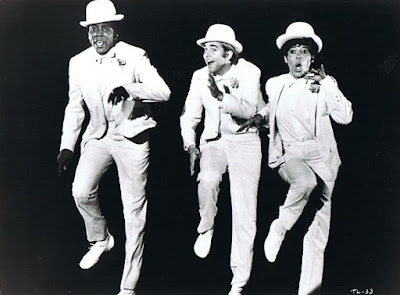 Dale, who is now 80, continued to choreograph for stage and screen.  He was married to the gorgeous dancer-actress Anita Morris until her death in 1994 and is the father of actor James Badge Dale who most recently starred with John Krasinski in the Michael Bay film, "13 Hours."

Note in Passing: Here's a bit of trivia...  Dale co-starred with Will Mackenzie in the Broadway version of "Half a Sixpence" in 1965.  Five years later, both actors appeared on screen in Hal Ashby's "The Landlord," with Dale (as mentioned) as Lee Grant's dancing coach, and Mackenzie as Beau Bridges's older brother.  For the past two decades, Mackenzie has been a successful TV director, specializing in sitcoms ("The Bob Newhart Show," "Newhart," "Scrubs," "Everybody Loves Raymond" and more).

Film Clips: So let's see Dale in action, first in the huge, sprawling "Money to Burn" number in Sidney's "Half a Sixpence," in which he recreated the role he played in the Broadway production and in which he manages to outdance everyone else on screen (and, in this scene, there are dozens).

The choreography is by Gillian Flynn:
And then watch as he dances up a storm with Debbie Reynolds and Gus Trikonis (Goldie Hawn's first husband) in the rousing "He's My Friend" production number from Walters' "The Unsinkable Molly Brown," a song written especially for the film version by its composer Meredith Willson.

The choreography is by Peter Gennaro:

A-mazing dancer. One of the Best! Thanks for acknowledging just that.

Thanks, Joe. I had never heard of Grover Dale. Now I know about him. M

Wow. Thanks for making my day, Joe.

And you made my day, Grover. BTW, I added a belated "Note in Passing" to the piece, referencing your two professional connections to Will Mackenzie. If there are any other times that your paths crossed, by all means, let me know. -J

Gene Nelson also did some fine dancing in TEA FOR TWO with Doris. And onto FOLLIES 20 years later.