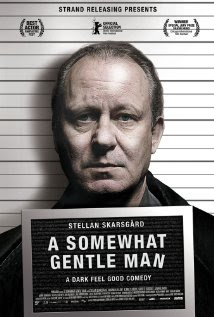 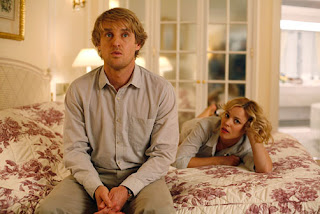 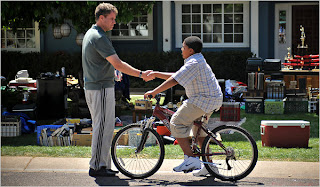 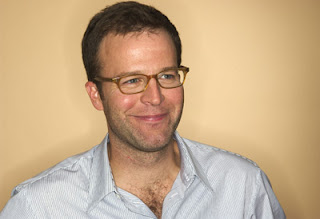 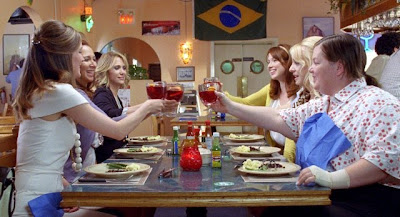 "Just Go With It"? Really. Next you'll say that "Transformers 3" was released to late to make the list.

John! I said the list was eclectic. But beyond that, I truly think "Just Go With It" is an excellent modern comedy. Aniston's comic timing is pitch-perfect and her chemistry with Sandler is better than you find in most "important" (i.e., acceptable) films.

I just find any movie where Jennifer Aniston needs a makeover in order to be an acceptable mate for Adam Sandler to be unacceptable. On a side note, I saw a trailer for "Jack and Jill" and it actually looks like a fun movie.

"A Somewhat Gentle Man," a movie which deserved a larger audiences, packs enough thematic material for three movies. I loved how the filmmaker tackled all its aspects and used Stellan Skarsgard's brilliant performance to connect all the disparate parts.

I see that A SOMEWHAT GENTLE MAN is streaming on Netflix Instant. I'll have to find some time for it.

Haven't seen JUST GO WITH IT, but I wanted to, and eventually will. Sandler can be much better than his critical reputation suggests; I really like YOU DON'T MESS WITH THE ZOHAN, and even some of his middling films have good parts (and then, sure, there are the irredeemable ones). His best work is still in other people's films (FUNNY PEOPLE, PUNCH DRUNK LOVE), but I would never dismiss him out of hand.

And Aniston is very talented; the vitriol one often sees against her seems way out of proportion to the sometimes iffy choices she makes. When she's good, she's very good, even if the movie's not much.

"Tree of Life" - Amazing that this scattered mosaic received so many glowing notices. Malick at his least accessible and, worse, most pretentious.

Tree of Life: Hi Joe! When you use both pretentious and ponderous and gorgeous and thoughtful to describe the same film I'm thinking it more appropriately belongs on a Nice Try List.

Mark! I know what you mean, but as I said, it's difficult to ignore "Tree of Life."

Joe, this longtime Malick fan was also disappointed in "Tree of Life." Amazing that this scattered mosaic received so many glowing notices. Malick at his least accessible and, worse, most pretentious.

any man who has the courage to criticize Tree of Life in the current climate gets my vote of confidence and approval!

I know it was made for HBO, but my favorite of the year so far is "Too Big to Fail." Terrific acting across the board, and smart writing and direction. This was much scarier than most of the blockbuster special effects movies from the past decade or so, even though it was about nothing more than accounting.

So glad you noticed "Super 8" and "The Lincoln Lawyer" among others. I was knocked out by the chunky actress in "Bridesmaids" whose name I memorized and now can't recall. She was as intense as Gena Rowlands in a completely different way. Wow.

I’m a huge fan of “Just Go With It.” Aniston is a delight. Prefer her perf to Ingrid Bergman’s in Cactus Flower, though prefer Goldie Hawn to Brooklyn Decker.

Joe, any man who has the courage to criticize Tree of Life in the current climate gets my vote of confidence and approval!

After I saw Super 8--which my wife and I thought so bad it nearly put us in a state of stupefaction--I can easily understand those people who are overrating Tree of Life, at least it's about something and I think it's an honorable failure, if failure it is.


Super 8 was so utterly derivative it felt less like a movie than an anthology. After it was over I inquired of my wife about a story point and she asked, "Did you fall asleep?" "No," I replied, "I did not fall asleep--I want to be very clear about this--rather, I was so bored I willed myself into taking a nap!"

Just watched "A Somewhat Gentle Man" after reading Joe's recommendation. I loved the way the characters gradually crawled under my skin and its treatment of "adult" sex is handled in a stark, frank manner rarely embraced in mainstream American films.


Especially enjoyed her in "Management," with Steve Zahn, although I readily admit it's nowhere near perfect--but I just...enjoyed it. Enough to buy a copy.

Will look forward to seeing "Just Go With It," and will look for some of the others that sound intriguing in your list as well. Always interesting to read your take on things.