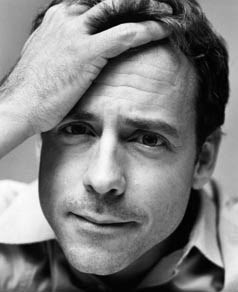 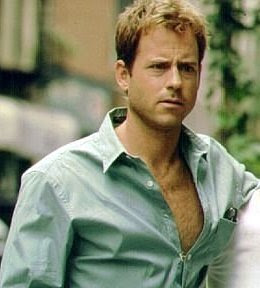 Note in Passing: Kinnear has a third film with Pierce Brosnan in the can: Douglas McGrath's romantic comedy, "I Don't Know How She Does it," also starring Sarah Jessica Parker, Christina Hendricks and Busy Phillips.
Posted by joe baltake at 12:20 PM

He really is a throwback to the old days of movie making, isn't he. Genearlly likeable, even when a bit smarmy. I would say he is very much the new Cary Grant.

It's been said that an actor is only as good as his/her material. Look at DeNiro, whose career (I think) is so spotty. On the other hand, Meryl Streep has been shrewdly selective and it shows on screen. Then there's someone like Kinnear who challenges that old adage about actors and material. Most of the films he's made haven't been great or haven't provided him with choice material, but for some reason, he tends to be memorable in each and every role. In short, he's a great actor not because of his material, but in spite of it. He manages to transcend it every time.

There's a fourth Kinnear lead you didn't mention: Dear God, which he did right after Sabrina.

I think he's great, but he does seem to be the very definition of underappreciated. He's superb in Nurse Betty, a film I didn't care for, but was rarely singled out even by those who liked it.

Seems like he's often given thankless roles that he absolutely nails while his co-stars get all the attention.

I purposely overlooked "Dear God" because it was such a betrayal of its promise. Kinnear and Laurie Metcalf should have made a terrific team, and Garry Marshall seemed right for the material. It truly disappointed me when it missed. But beyond that, I think of it more as an ensemble film, even though Kinnear gets top billing - and above the title, if I recollect. Either that's what Marshall had in mind all along or it was a matter of Kinnear being too good a team player again.

Hear, hear for Kinnear, Joe. I've never been able to figure out why Kinnear hasn't become a bankable leading man, a la Tom Hanks (or, yes, Glenn Ford). I know such things are always contingent upon luck, timing, opportunity and demand, but come on -- he's handsome, charming, very funny, and has dramatic chops, too.

Alex: Totally concur with you on his turn in NURSE BETTY. Didn't like the film at all, but Kinnear is award-worthy in it. He and Brosnan are great together in THE MATADOR; didn't realize they had another one in the can.

I have been a Kinnear fan since his early days as the first host of Talk Soup, which he made hilarious and gently snarky. All this actor has ever needed is one breakthrough role, but then, part of his charm is his presence in thankless supporting roles that he managed to make better than written. I wonder if he isn't a happier person as part of an ensemble rather than as a star?

While I wish him well (there is something familiar about him--like a guy one went to school with long ago), he could go on for decades as one of the reasons to endure less than perfect films. Thanks for reminding me that some actors still exist to make the material better--not just as another stepping stone in their career.

Jay & Moira- In addition to his talent and good looks, Kinnear comes across as a terribly nice guy. Which makes him even more attractive.

Joe, I know I've mentioned here before that I was looking through Kinnear's resume on IMDb once and, much to my surprise, it suddenly hit me that he very well may have done more good work in The Aughts than any other American actor. Not that you'd ever see him waiving his arms and jumping up and down to draw attention to that possibility. He did just get nominated for an Emmy for his work as John Kennedy in the recent Starz' mini-series. If it gets re-shown, I'll have to take a look. (I still think he should've gotten an Oscar nomination as Lead Actor for his work as Bob Crane in "Auto-Focus," but I suspect it was too disturbing to suit the Academy's tastes.) Thanks for shining a light on this good actor.

He absolutely knocked me out in Little Miss Sunshine. Of course, so did the whole film.

He was so great in the bar scene in ... oh, wait, underappreciated? I've been out of touch. I assumed he got tons of attention. Am sorry to learn otherwise. He's terrific.

did you mention kinnear's 'captain amazing' in 'mystery men'? great blog! don't know how i found it but i'm glad i did... reading it regularly.

i love the game of 'the new so-and-so', usually referencing classic hollywood types, but not sure i'd call kinnear the new cary grant (much less glenn ford, whose endurance i never understood). given kinnear's success in 'sabrina', don't you think he's in the running for the new bill holden?

I found myself watching a movie last weekend and thinking, "Hey, this would make a good Cinema Obscura entry." The movie is "Feast of Love," which was released, barely, in 2007. (I recall it played one or two theaters in Los Angeles for one weekend.) Directed by the Oscar-winning Robert Benton, starring Kinnear, Morgan Freeman, Jane Alexander, and Rhada Mitchell, it got so-so reviews, if memory serves. I enjoyed it more than the reviewers, finding it a reasonably intelligent ensemble piece for and about grown-ups and the rewards and regrets they find in the search for love. I suspect the studio lost, or never had, faith in a small movie with no explosions.

Alex- You are so right about "Feast of Love," too recent a movie to be so quickly forgotten, especially considering the film's pedigree. I liked it, too. But I'm afraid that Benton has become somewhat passé, unfairly so, and Kinnear has never been given his due as an actor. Also unfairly.

I couldn't agree more about Kinnear. I find that Kinnear may very welel have had the most interesting resume of any American leading man of the past decade. I count nine movies in which he appeared that I would rate either better than, or at least more interesting than, the general run of American movies: Nurse Betty, The Gift, Auto Focus, The Matador, Fast Food Nation, Little Miss Sunshine, Feast of Love, Ghost Town, and Flash of Genius. (If I had a chance to see We Were Soldiers, Stuck On You, Bad News Bears, and Baby Mama, the total might go higher than nine, since each of those additional four has some element that appears interesting, at least at first glance.) By any measure, an actor who manages to be in so many worthwhile movies, covering such a broad range of styles and subject, while doing consistently good work deserves a lot of respect, in my view. Had anyone suggested in 2000 that Greg Kinnear would have the most impressive resume come decade's end, I wouldn't have liked the odds on that bet, but it sure looks that way to me.