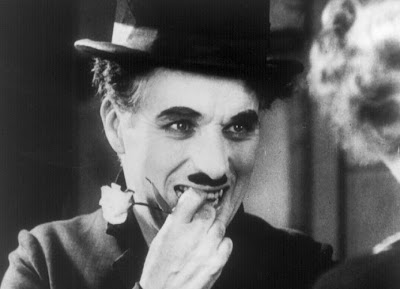 It's rather like comparing Alec Baldwin to ... Cary Grant.
Posted by joe baltake at 10:09 PM

You are a wonderful actor, who has turned into something of a gifted comedian in his own right I have the utmost respect for you for that. But please, I implore do not open your mouth about anything, politics, movies, cooking, space exploration, etc. unless you have a script before you written by someone else.

He's come down with that malady that inevitably hits most celebrities - he's become a know-it-all. Still, he's a terrific actor and I find him wildly entertaining.

perhaps this is the reason Robert O is being hospitalized!

The Alec Baldwin remark about Chaplin is indeed jaw-dropping. Am glad it didn't pass unchallenged. I'd have to say that one of the few times I've completely fallen apart emotionally at the movies was a screening in L.A. at the correct speed of "City Lights." The recognition scene, where she realizes it was Chaplin all the time...I couldn't stop sobbing. I later read that James Agee wrote that it is "the highest moment in all cinema" or something to that effect.

I've seen City Lights at the wrong speed of 24fps and on TV at both speeds, and the impact is close to zero by comparison

Charlie Chaplin is an overrated hack!