To Patrick Swayze, Thanks for Everything, Julie Newmar 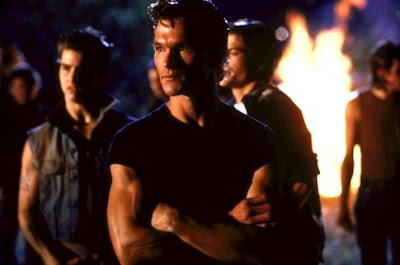 Patrick Swayze was one of those reliable actors easily taken for granted, largely because he was reluctant to grandstand and demand attention.

And whenever it came his way - attention, that is - he was gracious and accomodating. Patrick Swayze was an atypical movie star - he actually appreciated his success, shared it and never exploited it.

For the longest time, he existed only out of the corner of my eyes and his early screen performances - in titles such as "The Outsiders," "Grandview, U.S.A." and the delirious "Red Dawn" - barely registered with me. 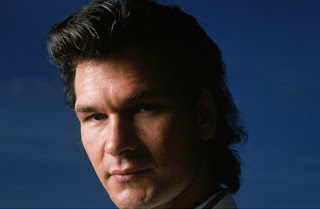 But Swayze became a quick "friend" shortly after my wife and I relocated to Northern California when I was hired to review there for McClatchy. Our first movie experience there was Swayze's "Dirty Dancing," seen on a lazy late-summer afternoon at the now-gone Capitol Theatre on Watt Avenue in Sacramento. Consequently, it is difficult for me to remember "Dirty Dancing" without also remembering the Capitol and sharing popcorn with my wife. The movie, brand new at the time, had a salicious title, promising something adult and cutting-edge, but it was willfully old-fashioned - welcoming. It was a nice start. I felt at home. 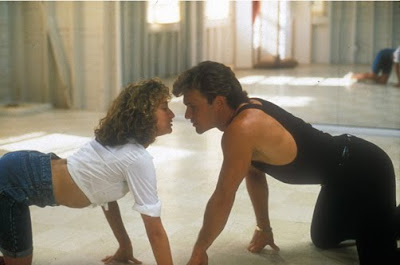 Swayze seemed to work fleetingly on screen after that and, given that his choices were somewhat eclectic, I assume that this was by design. He went from the hugely romantic "Ghost" to the guilty pleasures of the over-the-top "Road House," from the surfer heist flick "Point Break" to the esoteric "City of Joy," from "Donnie Darko" to ... "To Wong Foo, Thanks for Everything, Julie Newmar," my personal favorite Swayze title.

And why wouldn't I love it? Swayze, putting the finishing touches on his eye make-up as flamboyant cross-dressing entertainer Vida Boheme, checks himself out in the mirror and then invokes a line from "Gypsy": 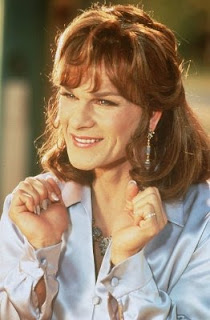 Swayze makes the most of Douglas Carter Beane's campy dialogue in Beeban Kidron's film, especially when he counsels neophyte John Leguizamo, as Chi-Chi Rodriguez, where not to walk: "Not in direct light, dear!

Later his Vida offers this sage advice to Wesley Snipes' Noxeema Jackson: "Oh, sweet pea. Now, you listen to your Auntie Vida. I want you to believe in yourself, imagine good things and moisturize. I cannot stress this enough."

Swayze (with Wesley Snipes and John Leguizamo), in arugably his best performance, as Vida Boheme in Beeban Kidron's "To Wong Foo, Thanks for Everything, Julie Newmar" (1995) 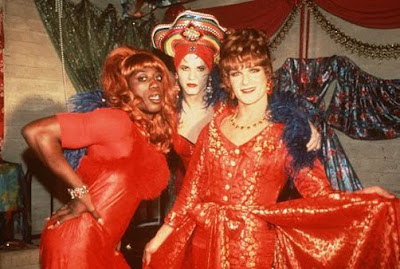 Miss Vida Boheme? Carmen Miranda herself couldn't have played the part better. I agree. This is Swayze at his greatest. A most entertaining performance.

My personal favorite will always be "Point Break". Swayze's Bodhi was complete and utter cool.

As for "Too Wong Foo", while I liked some of the performances, I thought it was all done better in "Pricilla, Queen of the Desert".

I'd mention one that I'd forgotten until Lance Mannion reminded me of it in his blog tribute to Swayze: "North and South," parts one and two. Two not-very-well-made TV mini-series, with Swayze distinguishing himself as the only actor playing a Southerner who was convincing as such. He captured very well the dashing antebellum cavalier that played such a large role in the fantasy life of the region, both before and after the Civil War. Apart from his acting, I have a memory of him landing his private plane on a country road, when he was having serious mechanical problems. Unless my mind is playing tricks on me, he managed to do this without causing injury to himself or anyone on the ground, and answered questions from the "Entertainment Tonight"-style reporter with remarkable aplomb, given the circumstances. (This may explain why he was able to pull off the dashing cavalier character mentioned above, now that I think of it.)

I really admire Jennifer Grey's tribute to Patrick Swayze. She's doing Dancing with the Stars for him, class.