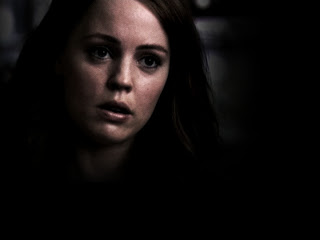 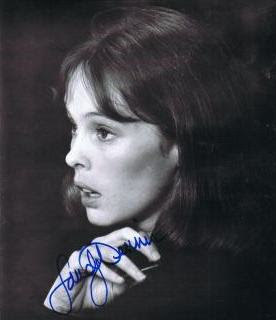 Is it me or could Melissa George consciously be channeling Sandy Dennis on HBO's "In Treatment," Rodrigo García's adapatation of the 2005 Israli series, "BeTipul"?

It's uncanny how much the young Australian actress resembles the late Oscar winner, not only in looks but also in acting style and mannerisms. 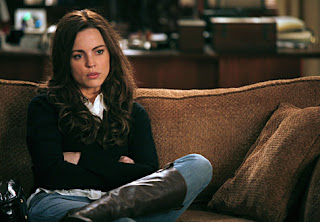 Like Dennis, who died at age 55 of ovarian cancer in 1992, George was a blonde when she started her film career (see Steven Soderberg's
"The Limey" and David Lynch's "Mulholland Dr.") and has recently become an attractive brunette, a coloring especially well-suited to the neurotic, needy woman she plays opposite Gabriel Byrne on "In Treatment."

She even has Dennis' trademark stammer down pat, often punctuated with a sob or a tear. Here, George is highly remeniscent of the Sandy Dennis of "Thank You All Very Much," "Up the Down Staircase" and particularly two Altman films, "That Cold Day in the Park" and "Come Back to the Five and Dime, Jimmy Dean, Jimmy Dean." 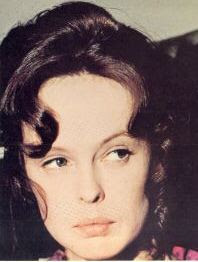 Dennis's last film role, incidentally, was in Sean Penn's underrated "The Indian Runner," opposite Charles Bronson, David Morse, Viggo Mortenson and Dennis Hopper, made in 1991, the year before her early death.

(Artwork: Melissa George and Sandy Dennis - compare and contrast; poster art from Altman's "That Cold Day in the Park")

Anyone interested in perusing some 2060 of my film reviews, dating back to 1994, can do so by simply going to RottenTomatoes.Com
Posted by joe baltake at 1:05 PM

Whenever I've seen Melissa George on screen I've always thought, "How many dozens of actresses turned this down before the offer went to her?" She's certainly not bad; just not strikingly talented or charismatic (one or the other would be sufficient). At least this was still my impression after seeing her in last year's vampire opus "30 Days of Night." But I haven't seen "In Treatment," so maybe she has managed to "Dennis-ize" herself into an actress of note.

Have you seen or heard about the documentary "Confessions of a Superhero," which profiles four street performers who portray costumed crimefighters on Hollywood Boulevard? The Superman of the group, Christopher Dennis, has been at it for over a decade, and he claims to be the son of Sandy Dennis. According to the imdb, her family denies the claim.

Frankly, I've never paid much attention to George, probably because of the reason you point out - nothing roles in lackluster films (or tiny, near-nonexistent roles in good films). But, I must say, she does command attention on "In Treatment." A nice surprise.

The Christopher Dennis thing sounds suspiciously a lot like "Six Degrees of Separation."