OK, full disclosure: I don't like "Juno." Not even a little bit. I know, I know. That's considered heresy, even blasphemy, in a country where even the intelligent critics have been bamboozled by it and moviegoers have been turned into extras from "Invasion of the Body Snatchers."

I'm clearly in the minority here, but I'm in excellent company and I bow to Dave Kehr who nailed it when, in analyzing this year's Oscar nominees, he referred to "Juno" as "the phony, feel good comedy about teen pregnancy (as opposed to 'Knocked Up,' the phony, feel good comedy about twentysomething pregnancy), which racked up four key nominations — picture, director, actress, screenplay. This piece of cheese could still take it, as I imagine it’s a film that the worried parents of the Academy would clutch to their hearts far more firmly than 'Atonement,' a film that wears its sense of Oscar entitlement on its sleeve."

The chief beneficiary of the film's "heartwarming" success is its writer, the zanily self-named Diablo Cody whose reputation as "Juno's" auteur even trumps the efforts of its director, Jason Reitman. Maybe it's because my view of the film is so jaundiced - and cranky - that I can't help thinking that the critics are even enchanted by her fake name.

I mean, would Cody have elicited the same reaction from reviewers if her real name, Brooke Busey, was listed on the film's credits? Or if there wasn't so much pre-release publicity about her former occupation as a stripper? I speak from experience: I was a critic for far longer than it is healthy to be and I am keenly aware of how critics think - and how gullible they can be (although they'd never admit to it). There was no way that the name "Diablo Cody" wouldn't titillate them.

"Diablo Cody" has a definite, quirky ring to it. She has to win the Oscar because it's so obvious that Hollywood is salivating over the idea of someone getting on stage of the Shrine Auditorium and uttering the words, "An the Oscar goes to ... Diablo Cody."

And I say that as yet another self-proclaimed, accurate indicator of success at the Oscars. 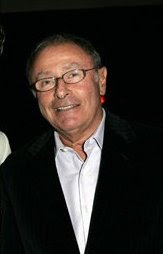 Probably my least favorite thing about "Juno" is its dialogue, largely because star Ellen Page (who is in nearly every scene) talks like no teenager I've ever encountered - past or present.

Peter Bart, the columnist/editor at Variety, is the only member of the press so far who has come out and said this. A veritable voice of reason among a collection of love-struck scribes, Bart wrote:

"Would a pregnant, 16-year-old 'Juno' really talk that hip all the time? Every moment she's popping lines like, 'Jocks like freaky girls with horn-rimmed glasses and Goth makeup who play the cello' or 'I hear they give away babies in China like free iPods.'

"I like the movie, but it seemed to me Juno talked more like a 30-year-old ex-stripper trying to make a name for herself as a screenwriter."

Anyone interested in perusing some 2060 of my film reviews, dating back to 1994, can do so by simply going to RottenTomatoes.Com
Posted by joe baltake at 10:51 AM

I think what you may be exaggerating here is that you, Kehr and Bart are lone voices in the wilderness about this film. Haven't you noticed the huge backlash that's been going on for a while now? Yes, it's 93% fresh on the Tomatometer, so I guess you're right regarding the critical consensus. But as with any commercial hit (especially an Oscar-nominated one), a lot of folks who normally wouldn't bother are made to feel they have to go "see what all the fuss is about." Makes them a bit predisposed to find fault, I think.

I enjoyed the film, even if Cody is hardly the second coming of Billy Wilder or Woody Allen. No one is more critical of overly "written" dialogue than me, but I can give a pass to the occasional precocious teen such as Juno. After all, words are sometimes the best way to assert your difference from the pack. For some, it's the only way. And many such kids grow up to be, you guessed it, writers. So I can forgive Diablo Cody's more self-conscious lines as being in character, at least when they're being spouted by Juno or her friend Leah (it's more problematic when an adult character, such as the store clerk played by Rainn Wilson, uses similar constructions). True, no one talks exactly like these characters, but I think it requires about the same suspension of disbelief needed to "buy" the dialogue in "Ace in the Hole" or "Annie Hall" or "Network" or Oscar Wilde, for that matter (and no, I don't equate Cody's achievement with those).

True, no one talks exactly like these characters, but I think it requires about the same suspension of disbelief needed to "buy" the dialogue in "Ace in the Hole" or "Annie Hall" or "Network" or Oscar Wilde, for that matter (and no, I don't equate Cody's achievement with those).[