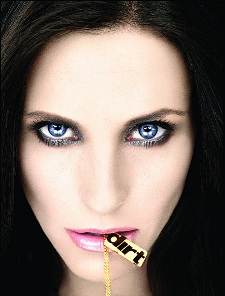 In her brilliant 1971 essay, "Notes on Hearts and Minds," the late Pauline Kael took on the critical establishment and its seeming willingness to become just another marketing tool of the big Hollywood studios.

She wrote: "The pressure is so strong on reviewers to do what is wanted of them that many of them give in and reserve their fire for pathetic little sex pictures - cheap porny pix - which they can safely attack because there's no big advertising money behind them."

In the 30-some years since Kael wrote that astute observation, this tendency among critics has become much worse. The thumbs-up/four-star hysteria that seems to accompany every movie opening these days (replete with requisite exclamation points, of course) is so pervasive that it's insidious and now critics seem to like so much of what Hollywood makes that they often save their "fire," to borrow Kael's word, for perfectly fine little films that they are more than willing to sacrifice. After all, you have to hate something, right?

Anyway, this trend has been extended to TV criticism, with such genuinely amusing, well-written shows as Brad Garrett's "'Til Death" (Fox), a wicked contemporary variation on "The Honeymooners," only more cynical (if that's possible), and Courteney Cox's delicious and inspired "Wicked" (FX). Both have taken immediate drubbings.

Of the two, "Dirt" has the classic contours of a cult/midnight attraction as it refreshingly exposes the other, more interesting side of "prestige journalism" and its greed for Pulitzers and its irrational fear of plagiarism - namely, torrid, sensational reportage where prizes are deservedly sneered at and fabrication is all but encouraged.

The show is hands-down, low-down fun, anchored by Cox's remarkable performance - a comedy turn played dead serious and with a straight, almost mask-like face. Cox is pitch black and pitch perfect as Lucy Spiller, an ambitious careerist high on power - an editor as editors really are, only not hiding behind the usual sanctimony.

She is matched by the invaluable British actor Ian Hart as Don Conkey, a self-described "highly functioning schizophrenic" and (wittily put) "voiceover extraordinaire" who works for Lucy as her top photographer at Dirt/Now magazine and as her loyal all-around right-hand man who relishes the dirty work. (This show proves that Cox is unmatched when it comes to having chemistry with whomever she's acting opposite.) 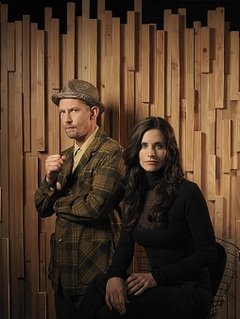 Among other fresh touches on the show are the adroit ways in which Don's various hallucinations are conveyed. Frankly, I can't think of anything - on the big screen or small screen - as brilliant as "Dirt," the brainchild of someone named Matthew Carnahan who, on the basis of this show, deserves a bright, bright future.

Anyone interested in perusing some 2060 of my film reviews, dating back to 1994, can do so by simply going to RottenTomatoes.Com
Posted by joe baltake at 8:54 AM

YES! No one seems to know about this gem, but watching it is the highlight of the TV week. You have hit the nail on the head with this one -- it should be a movie! Thank you for always surprising me.

At last! Someone gets it. "Dirt" is more than brilliant. It is so well-done and so well-thought out, better than any of the so-called quality shows on TV now. Keep up the great work