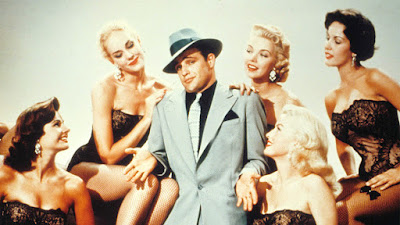 They weren't stars, but when they were on screen, they managed to attract attention, no matter the limitations of their screen time.

But beyond the likes of Eric Blore, Margaret Dumont, Connie Gilchrist, Franklin Pangborn and, of course, Thelma Ritter, there were other sub-sections of of small actors breathing big life into movies.

Case in point: The esoteric breed of actor known as The Dress Extra - performers who specialized in playing swells at swank dinner parties, always decked out in gowns, pearls, sable and white tie and tails. 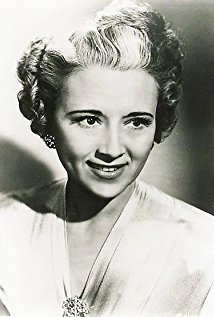 When one of them was on screen, you could smell the money. And there was no one more representative of this group than Bess Flowers, who appeared in no fewer than 500 titles, regal as ever in all of them. It's impossible to watch an old movie and not spot her. She was  rightly dubbed The Queen of The Dress Extras by the ever astute Vienna on her site, Vienna's Classic Hollywood.

But much more compelling to me is Larri Thomas, largely because she was every bit as present as Flowers in films but even less well-known.

The wildly statuesque Larri was one of the many Goldwyn Girls to appear for Sam on stage and screen. I remember her largely for her trademark platinum ponytail and ligament-straining high kicks.

Throughout the 1950s and '60s, I also  remember myself frantically looking to spot her in movie after movie - she made only 38 - and asking "Who's that girl?" The answer never came; to this day Larri Thomas remains a mystery. (She died in 2013 at age 81.) 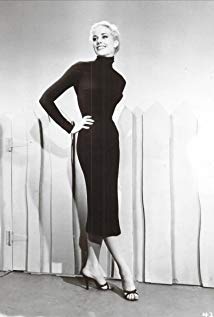 Hi Joe,
The worst news. Comcast dropped TMC off their line up. They made it so you have to buy it bundled with their sports package. Grrrrrrrr. Need to switch to another provider.

wow, great to see you back online.....hope your health issues have been resolved?