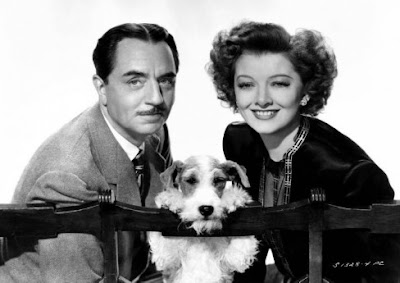 The title of this essay is not original.  It was coined by the late film critic Richard Schickel back in 1962 for his landmark coffeetable book, "The Stars" (Houghton Mifflin) to describe the united perfection of the stars of the six-film MGM series, "The Thin Man," William Powell and Myrna Loy.

The duo made a total of 14 films together, sharing the pleasure of their company with us, but only a half dozen were devoted to the marital bliss and playful sleuthing of "The Thin Man" collection. Only six? Really?

There seems to have been so many more.

The moniker Marriage a la Mode handily summons up a union very much in place, balanced and perfected, but doesn't conjure the possible messiness of arriving at that point - namely, the courtship.

But recently, Turner Classic Movies picked up the slack in a wholly clever way. It generally airs the "Thin Man" series during one long afternoon or evening. And during a prime-time night earlier this month, TCM considered the courtship of Nick and Nora Charles with a clever difference. In preamble to an evening with The Charles, Turner scattered other Powell-Loy titles throughtout the daytime, along with clips and shorts to demonstrate the chemistry that the studio heads may have deemed necessary for any commitment to the eventual series. 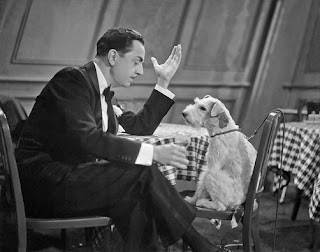 It played like an audition - a collection of tryout bits in which Loy and especially Powell do turns that are nothing remotely like what they do as Nick and Nora.

The humor is much broader, often flat-out hilarious. 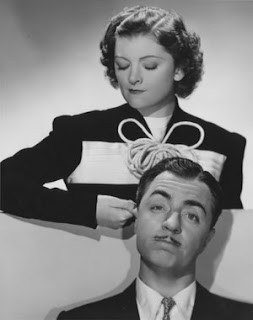 Among the other full-length titles showcasing the team's versatility were "Evelyn Prentice," "Manhattan Melodrama," "I Love You Again" and "Love Crazy."

In a way, we got to see Nick and Nora behind closed doors and how their inimitable chemistry came to produce Marriage a la Mode. 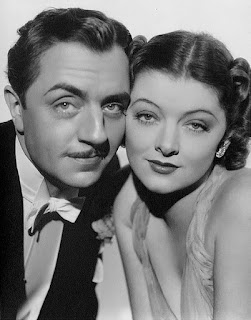