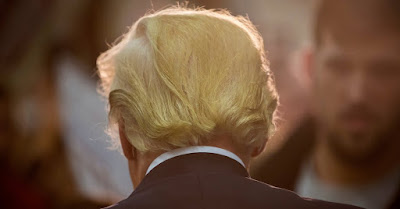 It was a lousy year in general and, as is usually the case, the year was reflected by its films. The public needed a respite - something, anything, that would delude/distract them - and the studios obliged by producing hugely expensive DC/Marvel-based escapist flicks by the dozens.

But, apparently, potential moviegoers escaped elsewhere. Alcohol maybe? Drugs? Box-office was down. Films expected to gross a ga-zillon dollars took in only a ba-zillion. Hmmm. Exactly who or what was to blame?

Hollywood pointed the finger at Rotten Tomatoes, where "critics" actually do number in the ga-zillions. Or perhaps it was Harvey who put people off with his seemingly insatiable member. Or maybe filmmakers were too demoralized and stressed to make anything with an intricate narrative.

Or it could be that moviegoers simply stopped believing in superheroes. Whatever the reason, singling out the worthwhile of 2017 is a no-brainer.

And it helps that I exposed myself to precious few movies during the year - and not the brain-dead ones the public half-heartedly supported or those titles for which critics managed to feign any semblance of enthusiasm.

"Life's way too short" became my mantra whenever my wife would suggest a movie to see. In 2017, I became impossibly selective.

Only four titles jumped out at me, so to speak, largely because one of the studios, Paramount, didn't try to comfort moviegoers but instead released a trio of allegories that creatively commented on the ills of the times - and because Fox Searchlight supported the R-rated treatment of a film that could have easily been facile family entertainment.

If there are notable omissions here, it's because, as I said, I sought out films cautiously - only those movies that promised a hint of something different. The only disappointment was "The Big Sick" which has been the critics darling ever since it debuted at the Sundance Film Festival but which struck me as nothing much and left me emotionally uninvolved despite its coy insistence that I care about its characters. I didn't. Still, it's interesting that it struck a nerve with moviegoers, given that its title pretty much sums up 2017 both as a year and as time when movies needed a doctor. 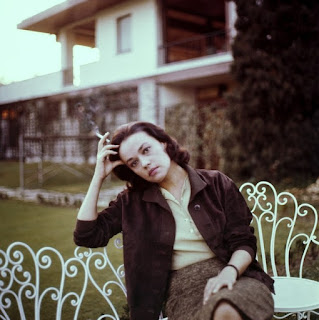 C'est fini: Turner Classic Movies' current "TCM Remembers" is especially well-done and inclusive this year. (And Gary Meyer's Eat Drink Films site does a beautiful job honoring it.) The reminder of the number of film personalities who pass every year is always sobering, but this year, I am especially saddened by the French losses - Emmanuelle Rive, Danielle Darrieux, Mirielle Darc, Jean Rochefort, Michelle Morgan and particularly Jeanne Moreau. A mournful au revoir to them all.

et le musique: Speaking of the French, the always remarkable Alexander Desplat deserves" bravos!" for two of the year's best background scores - for "The Shape of Water" and for "Suburbicon" in particular.

I must respectfully DISAGREE with your comment that 2017 was a bad year for movies.

Number one, in your well-written blog, you list a LOT of films what were very worthy. I won't repeat those films in this comment. Of course, I have a feeling that most of your listed films didn't make any $$$, but that is neither here nor there. The POINT is that you yourself listed quite a few worthy films.

But I think that there were OTHER films not listed by you that were MOST worthwhile, worthy, and watchable throughout the year: PROFESSOR MARSTON AND THE WONDER WOMEN; NOVITIATE; MARSHALL; FILM STARS DON'T DIE IN LIVERPOOL; THE POST; THE LEISURE SEEKER; MOLLY'S GAME; WONDER WHEEL; INVISIBLE THREAD; WONDER; LOVELESS; CALL ME BY YOUR NAME. And I could probably name others, as well.

So, when you "add" your worthy films to mine, you have a very good year for movies.

And it's funny, Joe. You mentioned four "worthy" films in your blog: SUBURBICON; THE SHAPE OF WATER; MOTHER!; DOWNSIZING. I loathed DOWNSIZING, but thought the others were really excellent.

Finally, I agree with your analysis of THE BIG SICK, as being highly overrated, and THE GREATEST SHOWMAN is unwatchable.

Marvin- When I use the word “lousy” to describe the year, I am referring to the way Hollywood looked at the year, in terms of disappointing box-office returns, not necessarily the “quality” of the films released. (Although I hasten to add that the studio releases were top-heavy with superhero and animations.) Also, I make it clear that I did not see several well-regarded titles. And, yes, while I do reference titles that I admired in 2017, it's only a handful. -J