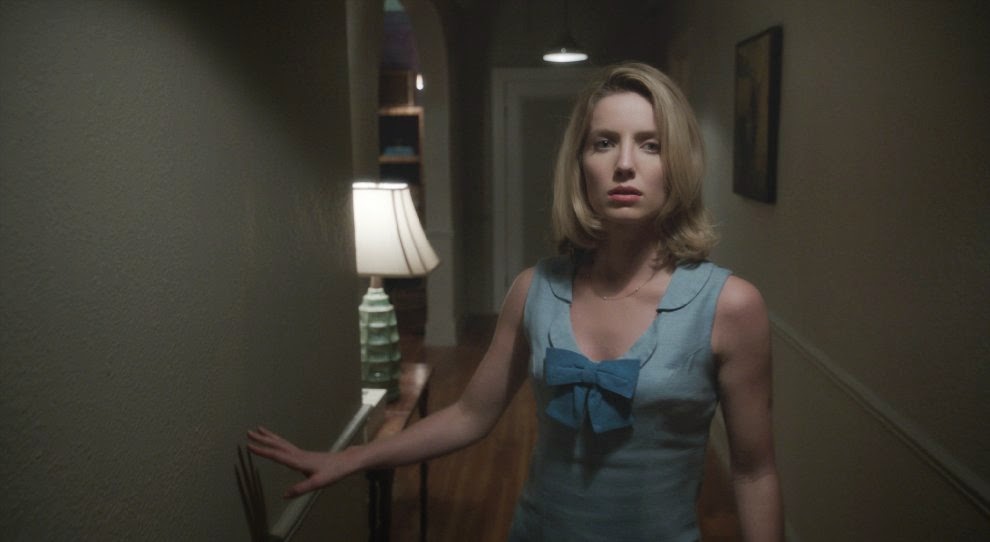 Given the unruly number of movies made available for review - The New York Times covers a whopping 25 titles today - and the ever-dwindling number of critics to review them, it's no surprise that some (well, actually a lot) are shunted or simply fall through the cracks.

Exacerbating matters are tight deadlines that often necessitate hastily-written critiques.  And, of course, there's the matter of prejudgement of which all critics are guilty but which speeds things along so that one can move on to the next movie and the next review.

Not surprisingly, Warner Bros.' "Annabelle," ostensibly an "evil doll" thriller, is a movie that first-string critics avoided and that second- and third-string reviewers handily dismissed.  And why not?  Much like animation these days, there's a new thriller or two coming off Hollywood's relentless assembly line seemingly every week.  Reduced to a brief synopsis, "Annabelle" is about a young pregnant woman whose husband buys her another antique doll for her collection and all hell breaks loose.

But, frankly, the wicked doll is the least necessary element in the film, as are the images of walking dead that the heroine seems to hallucinate.

Strip them away and, at its deepest core, "Annabelle" plays like a nifty 99-minute reference to "Repulsion."  Yes, "Repulsion" - Roman Polanski's "Repulsion."  And it's just as artfully done in its intense focus on a young woman who's easily spooked and possibly being driven mad.

And that's the real theme of "Annabelle."

John R. Leonetti, the cinematographer making his directing debut here, examines his heroine's descent in images and gliding camerawork that are eerily dreamy but never nightmarish or even unpleasant.

And his work is abetted and complemented every step of the way by the assured, nuanced and very serene performance of Annabelle Wallis (the British actress from "The Tudors") in the lead role. It's no accident, I suspect, that Wallis captures the placid cool of Catherine Deneuve here.

As if to reward her, Leonetti even named the film after Wallis, a conceit that has escaped everyone who has reviewed it.  No, Annabelle is not the name of  the grotesque doll.  Fact is, the darn doll has no name.

The director also pays homage to another Polanski film - Wallis's character is named Mia, after the star of "Rosemary's Baby" - and to the California Lumière/crazy lady thrillers of Robert Aldrich ("Baby Jane"/"Charlotte") by setting his film first in sun-struck Santa Monica and then Pasadena.

But it's so much more than its advertising and reviews have implied, largely because of Annabelle Wallis, whose work here is equally on par with Rosamund Pike's breakthrough performance in "Gone Girl." 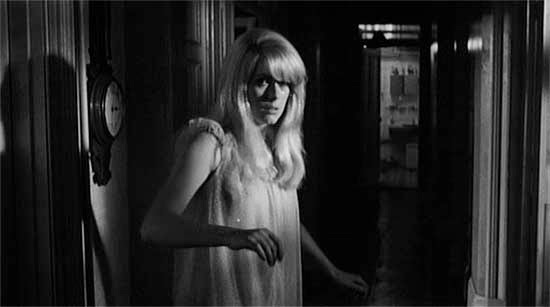 If I hadn't just checked out this film, I'd think your critique was something of a stretch, but I agree - the resemblance between the two films is uncanny. I like that the filmmaker's images frame things that keep the viewer as disoriented as the heroine. Nothing is explicitly telegraphed in the film. A nice discovery

You’ll get no "Annabelle"-bashing from me, Joe. For a first-time director, Leonetti is a surprisingly non-dogmatic surrealist. Good film. I agree - the doll can go.

Yes, a haunting movie. I like that it deals with the nature of identity and, you said, has a strange dreamy atmosphere to it. It's not about the doll at all.

Leonetti's handling of the central premise certainly recalls "Repulsion." The doll just gets in the way of what the film is really about.

Arthur's use of the word surrealist made me think. I went to see "Annabelle" only because I liked James Wan's "The Conjuring." I didn't expect much from a killer doll movie and was surprised how much Leonetti did with the material and how little he uses the doll. "Surreal" didn't come to mind. However, thinking about it, the heroine's journey of dread in the film has a moral/spiritual quality about it, perhaps not "avant-garde" when we think of surreal films, but there's something definitely there. I'd like to see what Leonetti can do without the narrative restrictions that he faced here.