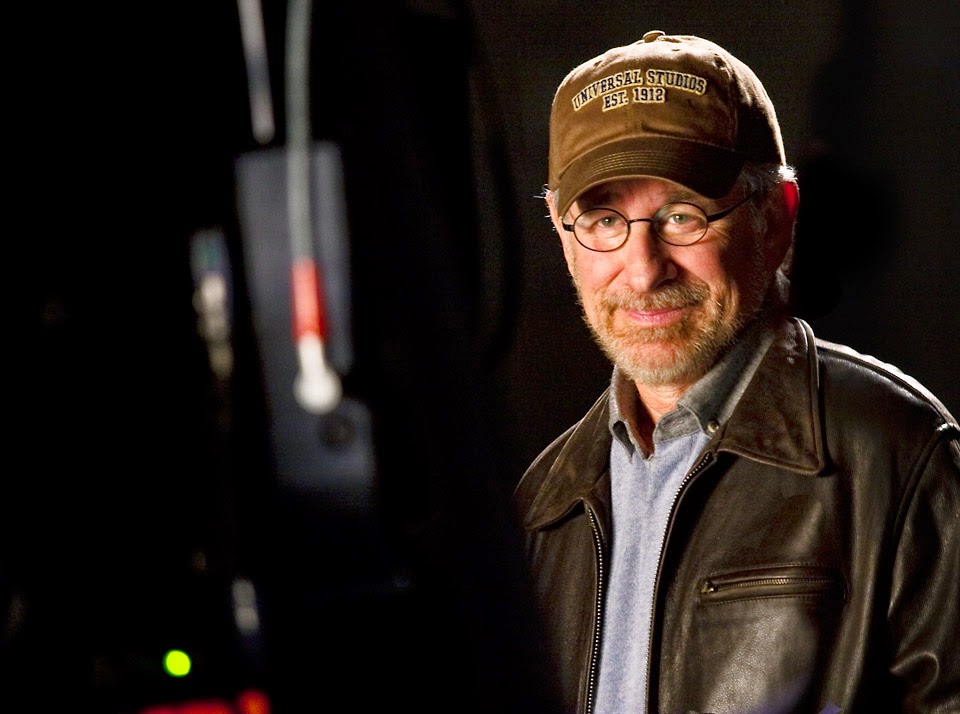 Steven Spielberg pretty much confirmed an on-going rumor - that he will remake "West Side Story" - on a recent edition of ABC's "Good Morning, America." Appearing in tandem with Oprah Winfrey to promote Friday's opening of "The Hundred-Foot Journey," which they produced, Spielberg was asked about the rumor and said that the project is in the works.

"West Side Story" would be Spielberg's first film musical, following the lead of his occasional collaborator, Tom Hanks, whose Playtone company was behind Phyllida Law's "Mamma Mia!" (2008).  That's if one doesn't count "1941" (1979), a criminally underrated film (especially in its 146-minute director's cut) that moved like a songless musical. (See the USO dance sequence.)  "1941" should have been a flat-out, full-fledged musical.

Anyway, as someone who isn't a fan of the original 1961 WSS (although, full disclosure, I loved it as a kid), this is awesome news.

The problem is Ernest Lehman's script by way of Arthur Laurents' book for the play.  Lehman was way to faithful to Laurents' contribution.  The dialogue, which Lehman kept intact, is particularly arch.

Tellingly, on GMA today, Spielberg sung praises of Bernstein's music and Sondheim's lyrics, but said nothing of Laurents' book.  Hopefully, that means that the script and dialogue will be overhauled for the remake.  I assume that the project's one other key contribution, Jerome Robbins' landmark choreography, will be retained/restaged for the new film.

But one never knows.

The original film was co-directed by Robert Wise and Robbins, until Robbins was unceremoniously dropped from the production.

Of the Oscar wins for the film, the most questionable went to supporting players Rita Moreno (who, at age 30, was too old for her role) and George Chakiris (at best, a competent actor).  Unbelievably, they won over "Judgment at Nuremberg's" Judy Garland and Montgomery Clift.

In a recent interview, Moreno claimed that everyone expected Garland to win for "sentimental" reasons.  No, everyone thought Garland would win because she deserved to win.  Ditto Clift.  And the fact is, Moreno and Chakiris won only because "Wests Side Story" swept the Oscars that year.

Everyone drank the WSS kool-aid prior to the 1962 Oscarcast.
Posted by joe baltake at 9:00 AM

Laurents must be turning in his grave. He seemed to keep a firm grip on all of his projects, unwilling to share them.

He also disapproved of interpretations that other people brought to shows that he thought of as his exclusively. He was highly critical of the movie version of "West Side Story," despite its fidelity to his book for the show, and the film of "Gypsy," as well. And it's Broadway legend how he interfered with Sam Mendes' direction of the Bernadette Peters revival of "Gypsy." I was hoping that Mendes might bring a fresh perspective to the show, something fresh, but that didn't happen.

"He also disapproved of interpretations that other people brought to shows that he thought of as his exclusively."

Yet when it came to Sondheim's lyrics, he had no trouble changing their language for the last Broadway revival.

You said it. While translating Sondheim's wonderful lyrics to Spanish seemed like a nifty artistic experiment, it was really all about Laurents taking more control of a show he thought he owned.