who's afraid of antoinette perry? 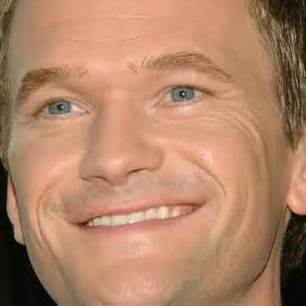 "Can I have my Tom Hooper 'Les Mis' close-up, please? On Broadway, we don't need extreme closeups to prove that we're singing live."

-the supremely talented and affable Neil Patrick Harris, in tight close-up, as requested, and flashing his trademark smirk on The Tony Awards telecast


It seems to have become congenitally impossible for the Broadway community not to continually flaunt its contempt for the film industry.

Show-biz lore would have one believe that there's this mutual rivalry between the stage and film.  Not so.  It's really all one-sided.

As someone addicted to award shows (as every other American is), I religiously watch them all but have yet to see an Oscarcast with bad jokes aimed at Broadway.  In fact, the Oscars (and the Emmys, for that matter) seems to be blissfully oblivious to "The Theatuh," as Bill Sampson (Gary Merrill) so cattily calls it in Joseph Mankiewicz's "All About Eve" (1950).

Ah. "Oblivious."  There's the rub. Which may explain why Broadway types always seem so desperately outraged.  They can't take being ignored.

So Hollywood opted out of the cattiness. But in the case of The Tonys  (and, by extension, its acolytes in the media), the gloves are always off.

The anti-movie jokes continually fly among theater types, who fancy themselves "sophisticated," but who are glacially unaware of just how petty, insecure, combative and generally unattractive they appear.

And exacerbating matters, the two critics covering theater for New York's paper of record, the Times - that would be Ben Brantley and Charles Isherwood (neither of whom, incidentally, demonstrates any affinity for, or knowledge of, the film medium) -  more than occasionally join in the fun.

It's become a given that when a revival that was once made into a movie is reviewed in the Times, or is the subject of an essay, both  Brantley and Isherwood will remind their readers just what an offense it was.

One jaw-dropping Times essay was devoted to two recent filmed plays that were defiled by Hollywood. Who knew that either the jukebox musical “Rock of Ages” or Leslye Headland's “Bachelorette” was classic theater?

And it was Headland herself who defiled "Bachelorette" for the screen, given that she adapted and directed the film version. Go figure.

This habit, which has become drearily predictable, is never reciprocated by Brantley and Isherwood's film counterparts at the Times. Manhola Dargis, A.O. Scott and Stephen Holden always refer to the source of a film but none of them seems to feel obliged to whine about that source.

In the meantime, in the grand tradition of hypocricy, the Theatuh has become dependent on movies for both inspiration and material.

Dependent to the point of parasitism.

And in what could be called a reversal of fortune, Hollywood rarely, if ever, goes to the stage for material.  Those days are all but gone.

Once again, Broadway is ignored - and thereby rejected - by Hollywood.

Anyway, not surprisingly, it went unnoticed by the Tonys (and unmentioned by the press that covers it) that all four of the best musical nominees this year came from - you guessed it - movies: "Kinky Boots," "Bring It On," "A Christmas Story - the Musical" and "Matilda - the Musical" (the latter by way of Roald Dahl's book, of course).

"Kinky Boots" was the big winner of the night and not one of the people associated with it - that would be producers Hal Luftig and Daryl Roth, among others - bothered to invoke the names its movie creators.

That would be director Julian Jarrold and writers Geoff Deane and Tim Firth.

Remember when Broadway at least pretended to have breeding?

Bravo, Joe! So well put. An observation long overdue. Thanks!

I know that I'm in the minority, but I find the Tonys reliably insufferable. It's been made bearable on occasion only because of Harris' magic touch. He's wonderful; the show isn't.

Neil Patrick Harris' snide comment about the theater not needing close-ups. That's a good thing. There are certain stage performers that I would rather not see in close-up. I adore Patti Lupone but I would much rather see her belting "Everything's Coming Up Roses" from a distance, not in extreme close-up. Same goes for Harvey Fierstein. On the other hand, Anne Hathaway and Hugh Jackman? More please!

The Tonys have become too snarky and self-satisfied for my taste. I'll take the dopey, overblown Oscars. But the Golden Globes remains the best televised awards show. As for the Times theater critics, I don't read them - therefore I don't know who they are and can't comment.

Harris is good, but Fey and Poehler really nailed the Golden Globes. They were smart without being smug.

If you watch MSNBC, you keep hearing how a politician plays to his or her base. It's the same here. When Brantley and Isherwood make derogatory comments about film, they're playing to their base, the theater community.

Broadway with breeding? Broadway is the new burlesque, kiddo.

The KINKY BOOTS director's last name is actually Jarrold. But yeah, it's a shame the film's writers didn't get a shout-out; if not for their original script, there'd have been no musical at all.