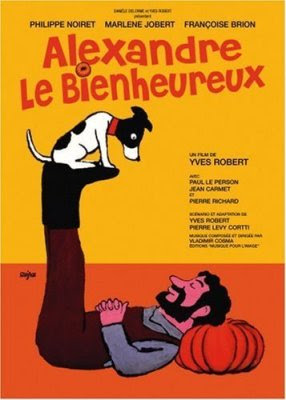 The late French filmmaker Yves Robert rarely received his due, but three years before he died of a cerebral hemorrhage in 2002 at the age of 82, he directed his twin art-house triumphs, "La Gloire de mon père"/"My Father's Glory" and "Le Château de ma mère"/"My Mother's Castle" (1990), handsome adaptations of Marcel Pagnol's childhood memoirs. 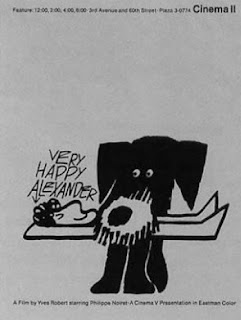 There were other Robert films, however, that I think were greater achievements, despite their self-effacing modesty - particularly "La Guerre des boutons"/"War of the Buttons"(1962), based on Louis Pergaud's much-filmed novel, and "Salut l'artiste" (1973), a light farce which teamed Marcello Mastroianni and Jean Rochefort to perfection as two working actors often trapped in thankless roles.

Arguably, Robert's best film - and certainly my personal favorite - is "Alexandre le bienheureux" (1968), which was known first as "Very Happy Alexander" and then simply "Alexander" during its brief U.S. life in 1969.

"Alexandre le bienheureux," which has the sensuous contours of a classic French peasant comedy, is a disarming celebration of laziness and fits in perfectly with the ethos and sensibilities of the late 1960s and early '70s.

I'm not sure the same film could be made today, given how driven everyone seems to be (including slackers). A contributor on IMDb in assessing the film refers to an essay, "Le Droit à la Paresse"/"The Right to Laziness", that Paul Laforgue wrote in 1880 in which Laforgue offered a positive definition for laziness, something that is generally considered as one of the biggest vices in the world.

Robert follows the same logic in his little film, which remains timeless in its appeal. It is hugely watchable and, despite its surface goofiness and anarchy, has a forbidden message worth savoring. 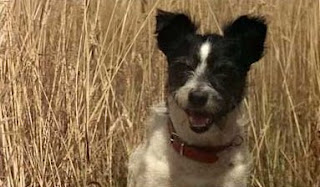 That great bear of an actor, Philippe Noiret, who died of cancer in 2006 at age 76, is unaccountably light and fizzy in the title role of a humble farmer who is henpecked and overworked by his ambitious new wife (Françoise Brion), known only (and humorously) as La Grande. She supervises him with a walkie-talkie. Poor Alexander's only friend is a little dog (played by a remarkable pooch named Kaly), of which La Grande, of course, disapproves. 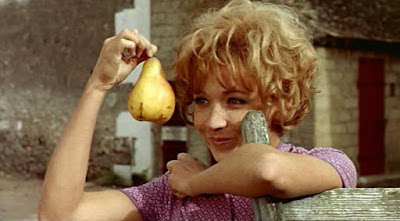 Well, one day a new girl named Agathe (Marlene Jobert) zips into town in a bright red Citroen 2CV, and her entrance collides - fatally - with not only La Grande but also Alexander's decrepit in-laws. Suddenly free, Alexander retires from life, staying in bed 24/7, letting his farm go to pot (much to the chagrin of his neighbors) and letting his little dog do most of the chores. There are few images as charming as little Kaly carrying a basket in her mouth, shopping for cheese, milk and groceries for Alexander. 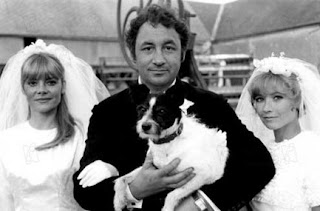 As it turns out, Agathe is as lazy as Alexander. They make a perfect - or imperfect - couple, living slovenly ever after.

"Alexandre le bienheureux" has never been released in this country on home entertainment in any format. I have a beta copy of the film made from a subtitled 16-mm print. It remains vital as long as my reliable old betamax remains operable. 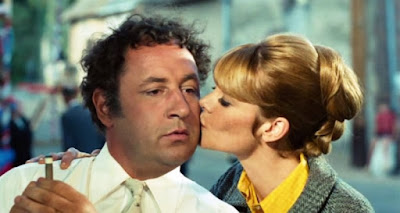 Back in 1988, when I had just started reviewing out of Northern California, I interviewed David Zucker in regard to his "The Naked Gun: From the Files of Police Squad!" At one point, Zucker mentioned he was eager to work with John Candy, an actor he thought was being misused in movies.

He asked me if I had any ideas. I immediately offered "Alexandre le bienheureux" as a possible American remake with Candy in the title role - or better yet, John Goodman. Zucker vaguely remembered the film and seemed genuinely interested in the idea. And so, with much anxiety, I loaned him my beta copy of it. About two months later, Zucker mailed the tape back with a little "thank you" note. 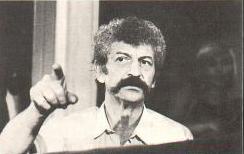 ~two American display ads, before and after the title change

~Noiret and Brion is a scene from the film"
~photography: Madeleine Films/Cinema V 1968©

My sister and I saw this movie many years ago on public television in Chicago. It was translated into English, so I know there is some English version of it out there somewhere. We have been searching for it for a long time. This movie is very special to us. If anyone connected with it's distributor, etc. reads this...PLEASE, PLEASE, PLEASE release a DVD with English translation or subtitles. Thank you.

I saw this film, as a child, in Argentina. It was titled "Buenas Noches, Alejandro" and I loved it so much I remember it as if I had seen it yesterday. A lovely little film. I wish I could get it on DVD...

Loved this post on "Alexander," as I remember it was titled. Wish I could see it again. Also liked your idea for an American remake - set in New England, perhaps?

I loved this film when I first saw it so many years ago, but forgot about it as years went on. Thanks for reminding me of it!

This film is available on DVD in France, of course, but it was also just released on DVD in Canada. Just an FYI for those who have compatible machines. Great film, by the way.

Does anyone out there know where I can get this film on DVD with English subtitles? I've been looking for it for over 40 years and JUST NOW found out the actual title!!!! HELP ME! thx!

It was re-released on DVD by Gaumont in France in a restored version in May of 2013 - with both French and English subtitles.

FYI. The author of "The Right to Laziness" wrote the book in prison. I guess the French took the work ethic very seriously in the 1880s!