Because of the logistics of modern film criticism - the relentless assembly-line of releases, the deadening deadlines, impossible editors, frustrating compromises, ad infinitum - reviewers don't have the luxury of kicking back and savoring the small details. Often, they miss them. 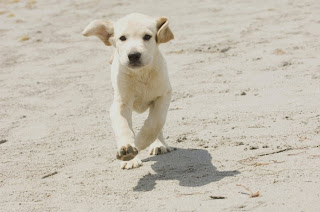 One of the most powerful moments in recent films comes towards the end of "Marley & Me," David Frankel's 2008 adaptation of the John Grogan book which essentially follows the life of a dog, a rascally yellow labrador retriever, from puppyhood to death. The well-honed screenplay was written by ace scenarist Scott Frank ("Get Shorty," "Minority Report" and "Out of Sight") and indie filmmaker Don Roos ("The Opposite of Sex"), but the scene in question is a brief, conspicuously wordless one. 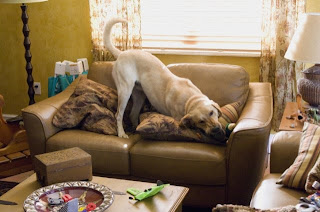 In it, Ann Dowd, playing the family veterinarian, excuses herself so Owen Wilson can say goodbye to a seriously ill Marley, who is about to be put down. Florian Ballhaus's camera slowly follows Wilson's hand, in close-up, as he strokes Marley's coat for the last time. Frankel ("The Devil Wears Prada") worked to keep the moment short, silent, incredibly sensual, achingly sad and wholly memorable. Yes, indelible.

In his "Screen World" assessment of the movie year 2008, author Barry Monush honored Frankel's film "for being something more than just the obvious doggie flick that it looked like on the surface." This lovely sequence quietly advances that observation of "Marley and Me."

indelible moment will be a recurring feature on The Passionate Moviegoer, honoring those small, gem-like moments in movies that have the power to haunt one's memories and dreams. Recommendations?

Wonderful analysis. Makes me want to see a film that I managed to miss.

When this came out, someone ruined it for me by telling me what happens in the end. No, I never read the book.

This is one of the reasons I always liked reading your movie reviews. You are able to look at a mainstream movie and see why people might want to see it. I haven't seen Marley and Me (I have three small children. The only movie I've seen in the theaters since 2001 is Wall-E--I am very picky about what movies I let them watch), but I appreciate that you can recommend the movie that a more pretentious critic might dismiss.

Joe, haven't seen the movie yet but I have had to put two dear old pets down in the recent past. Our beautiful Golden and her Calico buddy were family members and just the close up of your "indelible moment" created so much emotion that I will have to see the movie, now.

Great moment. Another "indelible" moment in the film comes when the family is looking at home videos after Marley dies and you see that the dog was always there, on the periphery or in the background, but always there. I love the moment in one of the videos when Aniston is feeding one of the kids and talking to someone and almost absent-mindedly hands a piece of food to Marley. So true.

A wonderful idea to honor those brief, but compelling, scenes that make us feel, think and remember. Our yellow lab, Baxter, is now our "tribal elder" and just seeing that photo had my stomach in knots. But it also brought back memories of joy, love and compassion for my boy Jake, when we held him in our arms, stroked him for the last time and said thank you for all the love he gave to us. They ask for so little and give so much. It takes someone like you to pick these scenes that other reviewers would so likely ignore. I'll add this movie to my list. Thanks to the "com" passionate moviegoer.

I missed this one, too. I bet it gets on a lot more Netflix queues now, thanks to you, Joe.

Indelible moments is a great idea for a recurring column. No suggestions at the moment, but I'll keep my radar up.

Thanks to all for the thoughtful responses and, yes, Sheila, the home-movie sequence in the film is truly affecting - and, again, quietly powerful. -J

I thought "Marley and Me" was seriously underrated when it was first released, but I do believe that interest in it will grow in years to come. Thank you -and to Sheila - for recalling those two wonderful moments in the film. Solange

great idea for your blog, Joe. Have you seen "Walker Payne" with Jason Patric? Excellent, barely-seen film also about a man and his dog but very very different than "Marley." just watched it. check it out.

We did manage to see Marley & Me, and really enjoyed it! I certainly remember that scene, but did not put the emphasis on it that you have now added to my recollection of that ending. I concur, it is an indelible moment. Now to think of some more! The concept it a wonderful addition to your site. (Just wish I had more time to read and enjoy it and some others as well!)

Joe, I love that your passion for movies persists in spite of modern audiences whose manners are so non-existent I shudder when I see a seated crowd. There are so many subtle moments in films that make the experience of moviegoing so personal. I think your new feature is a wonderful idea, not to mention the visual detail added to each "indelible moment."

I stumbled across this movie as I channel-surfed one night. Expecting nothing, and suspicious of impending mawkishness, I was surprised to find I enjoyed it very much. Tact and understatement are very effective when expressing strong emotions, and are perhaps even more important when the movie focuses on a subject, the life and death of the family pet, that is so ripe for exploitation and manipulation, when put in the hands of a crass moviemaker. I like this new feature - good choice for a first entry, in that the pictures capture the moment so effectively.

Well-put, Bill - both your reaction to the film and to his new feature (!). Thanks. -J

Based on the poster, I expected "Marley and Me" to an exercise in cute. But enough critics whose opinions I respect,including you, have said good things about it that I now want to see it.

For me, at the end of "The Color Purple" when the two sisters are finally reunited. I was 16 when I saw the movie and I cried.

Michael Madsen being left alone with the cop.

Harry Lime and Holly Martins on the ferris wheel.

Wardan Norton tossing a rock at the poster of Raquel Welch and realizing where Andy Dufresne disapeared to.

The revelation of Norman as Mother.

Frederick and the Monster singing "Puttin' on the Ritz".


These are just some that jump to my mind. Not sure if these are what you are looking for or not.
I never did see "Marley and Me". The last boy and his dog movie I saw was "My Dog Skip".
Cried at the end of that one.

Great idea for your blog!

I can think of several from "Wall-E," from "Lars and the Real Girl," and from the underrated "The Life Aquatic With Steve Zissou."

Another indelible moment is in "A Serious Man," when at the end, the Rabbi sums up the only point of life: "Be a good boy." Or for that matter, the astonishing (to me) final scene in the same film. Doesn't work at all on DVD, but on the biggest screens in town, with the best sound, that tornado was the last thing I expected. It cut to black at precisely the right frame. In that way, it reminded me also of "Husbands."

But perhaps the most indelible of a lifetime is the final scene of Chaplin's "City Lights." I've only seen it projected on the big screen twice at the correct speed, and it was devastating. About ten years ago, the Sacramento Philharmonic screened it to live music, but this being Sacramento, it wasn't at the correct speed, destroying the final scene.

We all still miss you here in Sacramento.

Sturges - Thanks for the kind words. I miss Northern California! Also, good suggestions.