Against my better judgment, I watched the Fox Movie Channel's Fox Legacy showcase of the 1960 Walter Lang film, "Can-Can," based on the Cole Porter stage musical, which aired twice on Friday, 19 March.

"Can-Can," whose real auteur was star Frank Sinatra, is a fairly awful film, covered here at length on Thursday, 31 December, 2009.

But I had my reasons for tuning in. 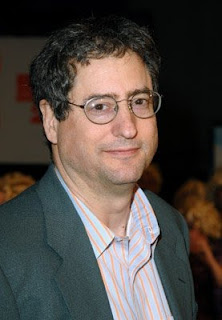 Fox Legacy is a periodic feature on FMC, hosted by Tom Rothman, Chairman and CEO of Fox Filmed Entertainment, who introduces "landmark 20th Century Fox films and provides insight about how these notable films were created."

It's news to me that "Can-Can" is a "landmark" film. Still, the film - which runs a scant 131 minutes - was given a three-hour time slot (with no commercial breaks) and, against all odds, I was hoping that Rothman might screen the long-lost "I Love Paris" number as bonus feature.

About the only thing that fascinates me about "Can-Can" is that, back in '60, someone made the inexplicable decision to delete the "I Love Paris" duet by Sinatra and Maurice Chevalier. I mean, it's the show's most notable song and it was sung by two icons. (The conspiracy theorist in me always had a hunch that, for some bizarre reason, Sinatra himself was the force behind the decision to delete the classic number.)

Furthermore, in the five decades since the film's release, the song has never surfaced anywhere, not even on the two-disc DVD of the film released two years ago. Still, I watched. Foolish, I know. 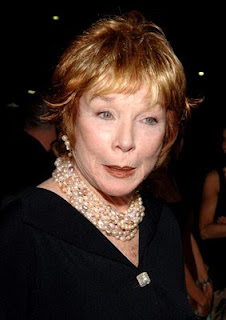 Well, Rothman aired the same lame film that's been around for 50 years now, plus lots of behind-the-scenes shots of Krushchev's visit to the set, home-movie footage that went on forever. Plus, there were clips of the movie's Hollywood premiere and a curious interview with Shirley MacLaine, curious because of MacLaine's conspicuous absence on the DVD. There's no commentary from her.

Not surprisingly, MacLaine was like a broken record, using her appearance with Rothman as, yes, yet another attempt to diss Debra Winger, "attempt" being the operative word. When she started to talk about the "chaos" on "Terms of Endearment," Rothman quickly stepped in and said, "Well, we don't have to get into that" (or something to that effect). Anyway, no "I Love Paris."

I'm a little confused. I realize that the familiar Krushchev stuff has historic value but why would Fox save all that footage but not a duet of a great Cole Porter number sung by Sinatra and Chevalier? I don't get it.

Of course, it's rather ironic that Rothman would be hosting a show celebrating 20th Century-Fox's "landmark" films, given that his studio’s classics-on-dvd department has been shut down on his watch.

Don't these people appreciate the value of their own property and can't they manage to once, just once, behave responsibly with it?

BTW, the Fox Legacy presentation of "Can-Can" will be rebroadcast at 8 p.m. on Sunday, 28 March.
Posted by joe baltake at 7:30 PM

I think it is interesting that a film like "Can-Can" can be considered a landmark while some people still denigrate Jerry Lewis's work. I bring up Lewis because if Fox wanted to make a buffoon version of "Can-Can," the powers should have enlisted Lewis to star and direct. That would have been worth seeing, especially given his French connection. His choices as a director have been frequently quite brilliant and he could have had a ball with this material. (I'd also like to see that missing number.)

Jerry Lewis and "Can-Can." I love it! Back in the day, that would have been a real treat.

I think it was Bosley Crowther who wrote that "Can-Can" seemed more like Hoboken than Paris. That said it all. Yes, it is very suspicious that, of all songs, "I Love Paris" would be the one to be delted.

Alex- Actually it was the legendary Howard Thompson, writer of the New York Times capsule reviews who penned that witty view of "Can-Can." I mentioned it in my original piece on the film,

Why would MacClaine still be harping on Winger? After all, she is the one that won the Oscar for the film.

True, John, but some people think that Winger gave the better - more worthy - performance in "Terms." Personally, I think it was a perfect acting duet between two actresses of seemingly much the same temperament. This is one case where a shared award would have made sense.

Regarding Howard Thompson, I believe he wrote that classic observation that Clint Eastwood's singing in "Paint Your Wagon" sounded like a moose.

Arthur, yes, Thompson did write that - and he was wrong. I think he got Eastwood, who actually sings very well, confused with Lee Marvin, who didn't sing well at all. In fact, I'm convinced of it. Marvin sounds very much like a moose in that film (but in a good way, of course). I find it interesting that the Times never bothered to correct this error. That capsule, not 40 years old, still runs in the paper's TV section.

I recall reading somewhere (a while back) that Sinatra didn't want to include the GREAT "I Love Paris" duet with Maurice Chevalier. I don't know why. But, now I am curious....
Hollywood-acting-workshop