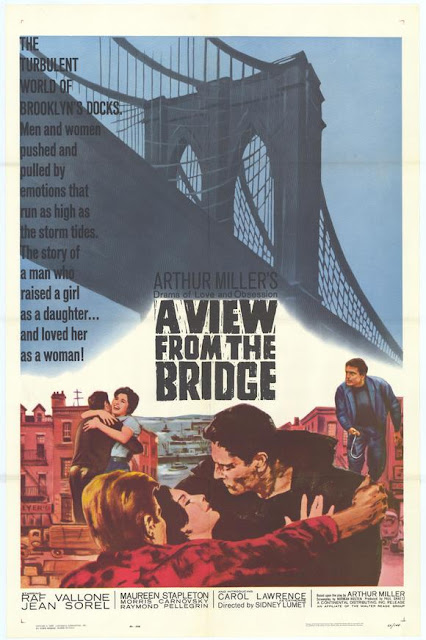 As I've suggest in several essays here, the movie year 1962 was a great one, arguably the best - better than 1939 - with dozens of notable filmmakers working with a liberating freedom. One of them was Sidney Lumet, who devoted himself to adaptations of two legendary plays.

Most film aficionados admire the fidelity of Lumet's film of Eugene O'Neill's "Long Days Journey into Night," but few are even aware of his now largely forgotten version of Arthur Miller's hothouse drama, "A View from the Bridge," also from '62. 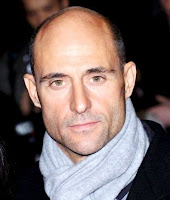 Frankly, it also slipped my mind until I read of England's recent Young Vic production, with Mark Strong in his Olivier Award-winning delineation of the conflicted Italian longshoreman Eddie Carbone. (Strong, left, is known largely as one of Great Britain's premiere character actors but he is actually Italian himself, born Marco Giuseppe Salussolia.)

But back to Lumet's film version, which starred Italian actor Raf Vallone (below) as Eddie and co-starred Carol Lawrence and Maureen Stapleton. Very much an international affair, Lumet's "A View from the Bridge," which cleaves closely to Miller's play, was a French-Italian co-production made in two versions - one spoken in English, the other a French-language version. 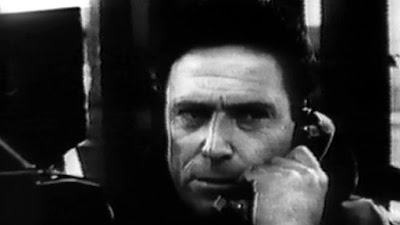 Eddie Carbone lives in the Red Hook section of Brooklyn, unhappily married to Stapleton's Beatrice. Eddie is really in love with Catherine, the 18-year-old niece whom he and Beatrice have raised since childhood, but he is too artless to be fully aware of either his deeply suppressed feelings for Catherine or his casual rejection of Beatrice.

And there might be something else going with Eddie.

Carol Lawrence, fresh from the stage production of "West Side Story," made her film debut under Lumet's direction and, to the best of my knowledge, Catherine remains her only big-screen role. She tested for the film of WSS but, of course, that role went to Natalie Wood. 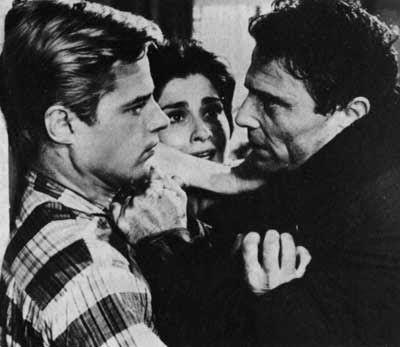 Is rough-hewn Vallone in love with niece Lawrence or her boyfriend Sorel in "A View from the Bridge"? 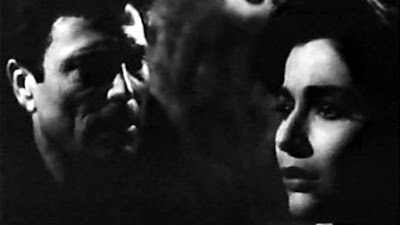 Eddie faces a crisis when he agrees to help two of Beatrice's cousins enter the country illegally, particularly when Catherine is attracted one of them, the handsome Rodolpho (played by the French actor Jean Sorel).

He interferes not only by reporting Rodolpho and his brother Marco (Raymond Pellegrin, very good) to the immigration department, but by also accusing Rodolpho of being a homosexual. The film's big scene - a cause célèbre at the time - has a desperate Eddie planting a big, wet kiss on Rodolpho to prove his point about the young man's sexuality. By this point, "A View from the Bridge" has gone haywire. I mean, is Eddie still lusting for Catherine or is he now really interesed in Rodolpho? On stage, "A View from the Bridge" was not a popular success. The original one-act version, directed by Martin Ritt and starring Van Heflin and Eileen Heckart, ran for only 148 performances in 1955.  A year later, a revised, two-act version premiered in England.

Despite its short run, theater critics liked it. But movie critics were decidely more divided in 1962, with Dwight MacDonald praising it and Pauline Kael accusing it of being a lame, would-be Greek tragedy.

Distributed in America by Continental Releasing, Sidney Lumet's "A View from the Bridge" is now virtually impossible to see.

In the meantime, the Young Vic production is coming to Broadway this fall, beginning previews on October 21st and opening November 12th at the Lyceum Theatre, 149 West 45th Street, New York, NY 10036. 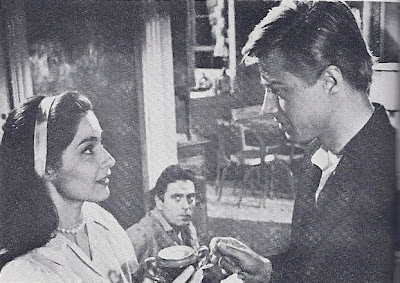 Talk about a puzzlement. Yes, exactly what happend to this film? I've never seen and I feel as if I haven't been given the opportunity to see it. May not be any good, but it sounds compelling.

"A View from the Bridge" and "Lon Day's Journey into Night" were a radical changes from previous and subsequent Lumet models.

I had the pleasure of seeing a Sidney Lumet retrospective in many years ago at the Film Center of the Art Institue, now the Gene Siskel Film Center. If my faulty memory serves me correctly, "A View from the Bridge" was included, introduced by a real fan of the film. Can't remember whom. Being an emerging cinephile at the time, I tried to see everyhint but missed that one.

A VIEW FROM THE BRIDGE is too heavy for flight, does not sore for me. The photography is heavy, framing is tight, no space. Maybe that's the point.

With all the raves the London play has been getting (and I have been seriously thinking about heading to NY to see it myself) I wonder if the film might finally get a revival of some sort.

It is one of the few Lumet films I have never been able to see. For such a major filmmaker, several of his films are quite difficult to find.

I AM going to see it and can't wait. Need to watch the movie again, first.

I hope you're wrong about the date that previews begin. Planning to see it on October 22.