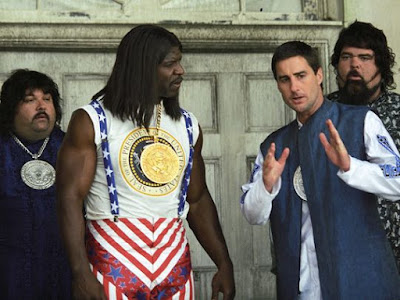 About a month ago, I re-published a 2008 essay here on the sudden relevance of Mike Judge's 2006 comedy, "Idiocracy." It turns out that great minds think alike. In today's New York Times, Andy Webster profiles Judges' film for a series of upcoming screenings in New York this week:

"If ever an era was in dire need of pointed commentary and point-blank humor, it is our fractious present. So hail the IFC Center for the series Autocratic for the People: An Unpresidented Series of Star-Spangled Satires. And for Mike Judge’s crude but prescient 'Idiocracy' (2006), playing Friday, March 3, through Sunday, which nails our media-addled-and-addicted culture with a precision often inducing queasiness 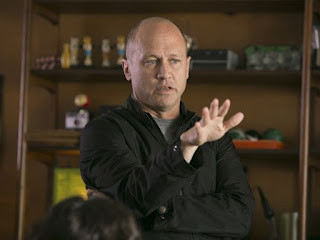 Apparently, the comparison was not lost on Judge who was reportedly planning "Idiocracy"- inspired  anti-Trump ads during last fall's campaign marathon. I've no idea if he ever went through with the idea. My hunch is that if they ever did materialize, they would have gained attention for adding even more heat to an already incendiary election season.

Originally, for decades it was only the Oscars - until the Oscars became the host for a endless stream of parasites, most prominently the Golden Globes.  And then there was another year-end movie award to be doled out and another and another and still another.  The crafty, opportunistic ones managed to snag a televised show on which to hand out awards.

And Hollywood and its denizens couldn't get enough of either the awards (no matter how cheesy) or the telecasts that market them.  It was sickly symbiotic: An insatiable star could collect an armful of trophies, while the members of the assorted awards-producing groups got to hang with the film's A-list attention addicts, maybe even be photographed with a few.

Naming The Most Embarrassing Movie Award Show is way more difficult than predicting the Oscars (duck soup), given that they're all shameful. But the most offensive for me is The Independent Spirit Awards telecast.

For some reason, this show brings out celebrities' worst insecure need to be "cool" in a way that makes high school kids seem sophisticated.

"What the f***!" is the level of response that a winner is likely to invoke at the Indies. Trendy stars get on stage and horse around (forced fun!) and their attempts at being glib are excruciating to witness.  At the same time, they want to be admired as serious artists, see, because - well - they are.


* * * * * *
Speaking of indies, there are two stalwart champions of the form who continue to work on modest, fringe projects, often below the radar, seemingly eschewing traditional stardom - a rare commitment these days. 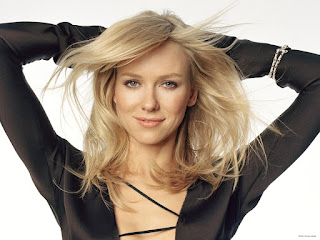 They would be Naomi Watts and Michael Fassbender.

After being nominated for a best actress Oscar in 2012 for her performance in "The Impossible," Watts has spent the last five years appearing in now fewer than 17 films. Seventeen.

She's had supporting roles in some highly estimable films ("Birdman," "Demolition" and "St. Vincent"), made a slew of independent titles ("Adore," "Sunlight Jr.," "While We're Young" and "The Sea of Trees"), appeared in two movies with Jacob Tremblay ("Shut In" and "The Book of Henry") and, for fun, did the funny but reviled "Movie 43" and a couple "Divergent" films. Upcoming are "The Glass Castle," "The Bleeder" and the delayed release of "About Ray," made in 2015 with Elle Fanning (as a transgender) and Susan Sarandon and now titled "Three Generations."

The "X-Men" films notwithstanding, Fassbender has compiled an eclectic filmography in the past few years. True, he's had high-profile roles in "Macbeth," in "Steve Jobs" and "12 Years a Slave" (both of which brought him Oscar nominations) and, most compellingly, in Ridley Scott's "The Counsellor." And he worked with Scott (again) and Steven Soderbergh on a couple mainstream oddities ("Prometheus" and "Haywire," respectively).

But then there were David Cronenberg's "A Dangerous Mind" (as Carl Jung) and such tiny titles as "Frank," "Slow West," "Trespass Against Us," "Assassin's Creed" and "The Light Between Oceans." Next up: Terrence Malick's "Song to Song," an ensemble piece with Ryan Gosling, Natalie Portman, Rooney Mara, Cate Blanchett, Christian Bale, Holly Hunter, Benicio Del Toro, Val Kilmer and Haley Bennett, and Thomas Alfredson's "The Snowman," co-starring Rebecca Ferguson and Chloë Sevigny. 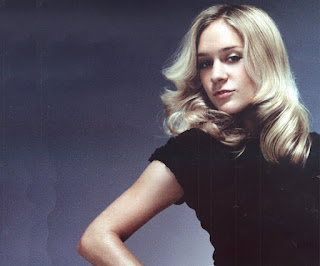 Speaking of Sevigny, a profile in The New York Times is a much-needed reminder of her utterly unique persona.  There is no one on the American film scene, past or present, who is remotely like Sevigny, a throwback to the jet-setting actresses of the 1960s and '70s who flourished on the international scene - Charlotte Rampling, Suzy Kendall,  Jacqueline Bissett, Catherine Spaak, Dominique Sanda, Mimsy Farmer, Catherine Deneuve, Geraldine Chaplin, Romy Schneider  and Jane Birkin. She's just that vivid. 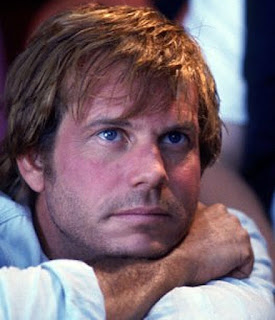 His 2001 directorial effort, "Fraility," starring Matthew McConaughey, is a brilliant thriller - one of the best, on par with Charles Laughton's "Night of the Hunter" (1995).  And "Big Love," of course. Bill Paxton will be missed.
Posted by joe baltake at 8:11 PM

Can't say we are of a like mine when it comes to "Idiocracy" but once again you are right on target with your opinion on the way too many award shows we have been ambushed with. But I must say that the travesty of last night's Oscar show once again reminded me of how far removed we are from the days of honoring an industry in a respectable and classy way. It's gone. Completely.The flub that ended the show was monumental but everything leading up to that point wasn't that great either. We have replaced honoring the industry we love with cookies and donuts being dropped from the sky. We are definitely not in Kansas anymore.

Joe, Joe - "Idiocracy" is an unsung gem. Truly great comedy and, for a comedy, quite relevant. Watch it again.

I’m not that much of a internet reader to be honest but your blogs really nice, keep it up! I'll go ahead and bookmark your site to come back in the future. All the best.