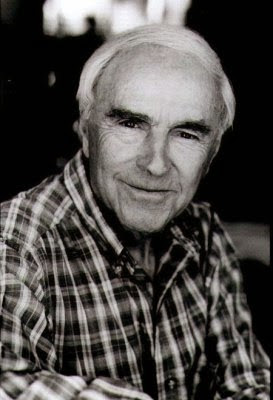 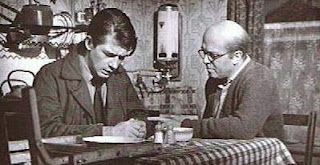 For more on this unhearalded filmmaker, check out Dave Kehr's astute New York Times essay, "In a Corrupt World Where the Violent Bear It Away," which was timed to coincide with a Fleischer tribute at New York's Film Forum in 2008.
Posted by joe baltake at 7:00 PM

Thanks for reminding me not only about Fleischer but also about how Dave Kehr has rhapsodized about Fleischer. I remember Kehr's postive take on "Mandingo," for example. So, thanks also for the link. Yes, Fleischer does have his following. A good, underrated filmmaker. I hope to check out "Dolittle" again one day.

Heartily agree with you on "10 Rillington Place," which I've seen twice, and on Fleischer in general. I still have a lot to catch up on, but his eclectic, idiosyncratic career is packed with gems.

The guy definitely had the goods, and it's great that he's getting some serious recognition, however belated.

I am a bit surprised at the new wave of praise for him, mainly because I thought there was a critical reevaluation back in the early 90's when his autobiography was published. He came out favorably then.

It is good to see though. While I have yet to see as much of his work as I would like (or finish his book which I bought back then), what I have seen has been impressive.

I read his book, but I guess I missed the earlier wave of appreciation.

A title you didn't mention that impressed me recently on DVD is "The Don is Dead." Though clearly made in the wake of the enormous success of "The Godfather," Fleischer seems more interested in making a gritty crime thriller than an operatic gangster epic.

Yes, "The Don Is Dead." Vastly underrated film, John, and shrewdly Shakespearean, as well. I appreciate that Fleischer strives to transcend the usual cliches of the genre.

I found myself surprised by a number of twists, both large and small, in "Don." I'm fascinated that Fleischer split the protagonist function across the three roles played by Anthony Quinn, Frederic Forrest and Robert Forster. Pretty ambitious.

Any Fleischer festival has to have ARMORED CAR ROBBERY which is a brilliant little film starring Charles McGraw,William Talman,Douglas Fowley,Steve Brodie,Adele Jergens.

Sure Fleischer has a few stinkers along the way like every director, but he was genuine professional craftsman and one of the best Hollywood directors ever. And I agree the 10 Rillington Place is just an amazing, stunning film. I'll take Fleischer over Altman any day of the week