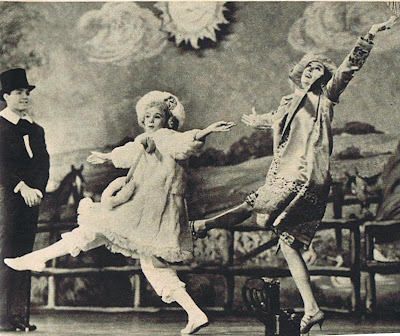 Once again, the astute programmers for Turner Classic Movies offered up back-to-back screenings of Walter Lang's delirious and deliriously campy "There's No Business Like Show Business" (1954) and Mervyn LeRoy's bravura filmization of "Gypsy" (1962). This clever double-bill aired today beginning at 3:15 p.m. (est) and was also showcased in tandem on Turner last January 25th (oddly, also starting at 3:15 that day).

Ethel Merman is the obvious connection here, given that she heads the ensemble of the Lang film and was in the original 1959 stage production of "Gypsy." Even more obvious are the thematic similarities that the two productions share. Merman plays a vaudeville-era stage mother in both (as well as a performer herself in "Show Business") and even though "Gypsy" came from a distinctly different source, namely Gypsy Rose Lee's autobiography, you have to think that its makers got some inspiration and ideas - and perhaps even the decision to write "Gypsy" with Merman in mind - from "There's No Business Like Show Business."

If Turner elects to pair them up again (and there's no reason to think it won't), by all means, tune in and compare and contrast.

BTW, in his post-screening discussion of "Gypsy" today, the very affable Ben Mankeiwicz, reading from a script, passed on some dated misinformation, stating that Merman's chances of recreating her stage role in "Gypsy" were shattered when producer Frederick Brisson, husband of Rosalind Russell, bought the film rights to the musical and took the project to Warner Bros. with the stipulation that Russell star in the role Merman originated - Madam Rose. (The character, incidentally, is never referred to as Mama Rose in either the stage show or film, as most people assume.) 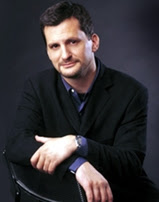 Brisson and Russell were actually negotiating with Harper Books for the rights to the Gypsy Rose Lee autobiography with the idea of producing a straight dramatic version of the material, a plan that was misinterpreted - perhaps intentionally - in the gossip columns at the time. It was erroneously reported that Brisson and Russell were planning to film the musical "Gypsy" and drop all the songs, making both the star and her husband persona non grata among rancorous theater types. It was Jack Warner himself who personally optioned the film rights to "Gypsy." He also purchased "The Music Man" at the same time. In fact, the Warner Bros. studio issued a single press release announcing its plans to film both musicals. with a target release for each of them in 1962.

Brisson, in the end, was never able to option the Gypsy Rose Lee book because its rights were irrevocably tied up in the musical stage production.

Knowing Russell's interest in the material and having had a good working relationship with her on Morton DaCosta's "Auntie Mame" (1958) and LeRoy's "A Majority of One" (1961), it was only natural that Warner would offer the role of Madam Rose to Russell. Judy Garland vied for the role but only with her daughter Liza Minnelli attached to play Gypsy, and Doris Day, once a Warner contract player, reportedly was also interested, but Russell was Warner's one and only choice. (For better or worse, Merman herself was never considered because she had been absent from the screen too long and consequently had little-to-no box-office appeal.)

Now, the stage play that Brisson did option for Russell was Peter Shaffer's "Five Finger Exercise," released in 1962 (the same year as "Gypsy") and on which he has producer credit. (He has no credit on "Gypsy.")

As noted, the nasty fiction that Russell was angling to buy "Gypsy" and drop the songs hurt her in the theater community, and exacerbating this was the perception that she also "stole" prime stage roles from their originators - Gertrude Berg ("A Majority of One"), Jessica Tandy ("Five Finger Exercise") and , of course, Merman ("Gypsy").

And, unbelievably, the grudge persists 50 years later. Still, Russell's definitive take on Madame Rose - the patrician airs she brings to the role - dominates the film of "Gypsy." Her line-readings are impeccable, and her timing, particularly her comic timing, is peerless. A world-class actress.

All the other Roses pale in comparison. 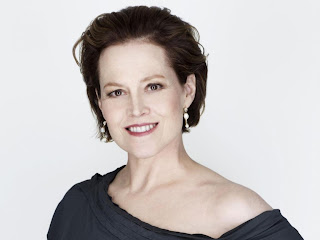 Note in Passing: Another project about Gypsy Rose Lee was also once in the works. It was announced a few years ago - by HBO, I believe - that there would be a film of Erik Lee Preminger's book about his mother, "Gypsy & Me: At Home and on the Road with Gypsy Rose Lee" (1984), with Sigourney Weaver as Gypsy.

The film never materialized. As of yet.
Posted by joe baltake at 10:34 PM

Good piece. Wasn't Ann-Margret up for the role of "Gypsy"?

So she says. But, to the best of my knowledge, the only other notable actress considered for the role of Gypsy was Jane Fonda.

Joe: Have you seen that the Warner Archive has finally dipped its toe into Blu-Ray production, and the first releases are DEATHTRAP and, yep, GYPSY. I believe they started shipping on Nov. 20th.

Alex- Yes. Fonda was at the beginning of her Warner contract, while Natalie was nearing the end of hers.

You actually make it seem so easy with your presentation however I find this topic to
be actually something that I believe I'd by no means understand. It sort of feels too complex and very vast for me. I am having a look forward in your subsequent publish, I'll attempt to get the dangle of it!

Thank you a lot for sharing this. You really know what you're talking about

It's disconcerting when Turner makes a factual gaff. It doesn't happen often, but still I expect6 more form this great movie network!