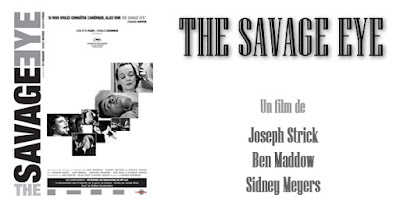 A major independent film of the early 1960s, "The Savage Eye" had become something of an enigma in the past five decades, forgotten about until the UCLA Film and Television Archive inexplicably but bravely revived it in 2008, jogging my memory. A rush of stirring black-&-white images, courtesy of cinematographers Jack Couffer, Helen Levitt and Haskell Wexler, reminded me of what a vivid experience it was - and still is. 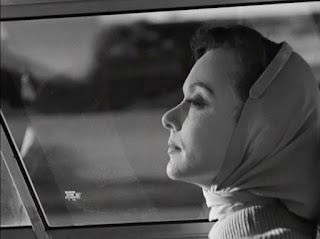 Then the film disappeared again.  Until now.  New York's Museum of the Moving Image (36-01 35th Avenue, Astoria) has unearthed it for a screening on December 13th, as part of its "Lonely Places: Film Noir and the American Landscape" series.  Good news for serious film aficionados - and fans of its fabulous star, Barbara Baxley.

"The Savage Eye" is very much a celebration of  the invaluable and singular Baxley, too long a neglected actress.

The dual-level film is part narrative, part documentary.  Directed in tandem by Ben Maddow, Sidney Meyeres and Joseph Strick (who also produced and edited the film), "The Savage Eye" is ostensibly about a woman named Judith McGuire, who spends the day waiting for her divorce to come through by wandering around Los Angeles.

Baxley, a popular New York stage actress when the film was made who had just appeared and, of course, she would go on to famously play Lady Pearl in Altman's "Nashville" (1975), her defining role.

The year in "The Savage Eye" is 1959. Jaded and now seeing life in a more realistic way, Judith serves as a guide through a city which, seen up close, looks dirty and disreputable - bustling yet empty. The rose-colored glasses are off. 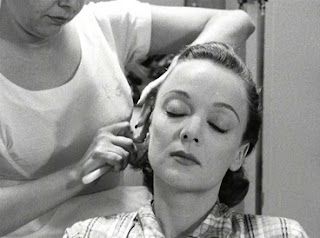 The result is a narrative which works also - largely - as a documentary about the city and its assorted haunts, a narrative whose compelling supporting cast is a vast array of Los Angeleans, most of whom come across as emotionally and culturally impoverished. There's no sense of joy here because priorities have been skewed in favor of relentlessly shallow needs and goals.

Gary Merrill co-stars as a character called The Poet, who gives voice to the city, and Herschel Bernardi is on board, too. Leonard Rosenman wrote the score for this vivid journey through hopelessness.

For its 2008 screening of "The Savage Eye," the UCLA Film and Television Archive utilized The Billy Wilder Theater on its campus. More please. 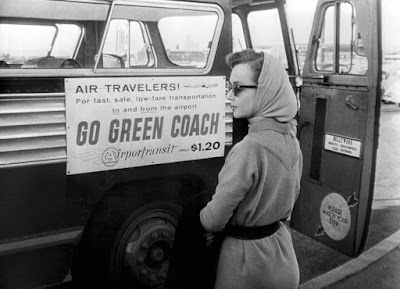 Note in Passing:  When I originally addressed "The Savage Eye" back in 2010, I heard from a reader named Mark who wrote, "The film was restored by the Academy Film Archive. As a preservationist there, I was asked to present a program in the context of UCLA's 2008 "Out of the Past" series, and I chose to show this film (along with our preservation of Strick's short film Muscle Beach), as we were proud to have worked on it, and, indeed, it is too little known today. It was great evening, and we even had some late 1940s Muscle Beach folks in the audience, a couple of whom show up briefly in the short! UCLA does excellent preservation work and programming, but I wanted to make sure that credit was given where due in this case - at the archive, we were thrilled the Academy supported this restoration. Thanks for writing about the screening!" Holy Cow! Great movie that I remember seeing in NY eons ago. Forgot all about it and would love to see it again. I would have thought that the UCLA gig whould have led to a DVD transfer by now.

The work of Strick alone is primed for rediscovery.

I wish Baxley had done more film work. Maybe she was too specialized for film, but I loved watching her. A mini-restrospective is deserved. You know, she died in 1990 but no one seems to know that or care.

Baxley always went for a serene vision and always reached it, especially with NASHVILLE. I'd love to see THE SAVAGE EYE.

I love Baxley. I'm curious. What role did she play in "Period of Adjustment"? I am familiar with only the Jane Fonda film.

She played the Fonda role. FYI: The play was directed by George Roy Hill, who made his film debut directing the film version.

Wow, Joe. This sounds wonderful. I am going to attempt to buy this. Thanks! -Marvin