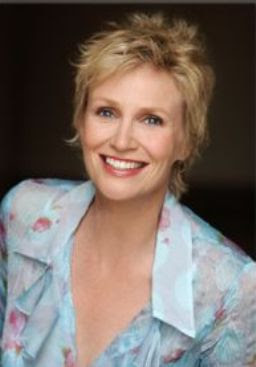 Oh, no! Are we experiencing Jane Lynch overkill?

If there was ever any doubt about the validity of Apuleius' observation, one has only to look in the direction of modern television programming.

A show that one loves this year is likely to be dreaded a few years into the future. "Seinfeld" and "Roseanne" are two expert sitcoms that didn't know when to quit, losing their momentum and wearing out their welcome. Both were literally unwatchable their last two seasons.

"Ugly Betty," on the other hand, was a dramedy whose initial promise had dwindled in record time - by Season Two. It became both cloying and annoying when it became disturbingly clear that Betty was GOING TO BE RIGHT ABOUT EVERYTHING. Consequently, it got to a point where I couldn't tolerate even looking at star America Ferrera anymore.

Right now, my concern revolves around "Glee," a first-rate weekly musical comedy whose modest merits have been a tad overrated by both wroking critics and its supporters (which, in some cases, are one and the same). The show reached its nadir somewhat early - with its "Madonna episode" on 20 April, a show which I found, well, cringe-worthy.

It's one thing for the producers to have the show's talented cast perform the Madonna song catalogue exclusively - and quite another to fawn over the self-promoting singer to the point of making the viewer sick to his/her stomach. I mean, the show behaved as if Madonna was still relevant.

But my greatest fear is the potential for Jane Lynch Overkill. I like Lynch way too much for me to get sick of her so soon - and I have the uneasy feeling that that's exactly what's happening. She has seemingly taken over the show as its resident villain but I, for one, wish the powers there would use her more sporadically - and more selectively.

Also, the jokes about Matthew Morrison's marcelled-looking hair have become tiresome in record time, no matter how well Lynch reads them.

As the most astute David Hiltbrand desperately pleaded in his Philadelphia Inquirer column on 24 April, "Can I please have my show back?"
Posted by joe baltake at 1:00 PM

Love Jane Lynch. Loved the video. Do not watch the show due to the over-hype before it even aired it's first episode. Show's like that never last long.

I regard "Glee" as a minor masterpiece but I know what you mean. It's a fear that I live with also. The Madonna episode was a bit too product-placementy for my taste.

Disagree strongly about SEINFELD, the last two seasons hold up very well and contain some of the funniest bits

This week's episode of "Glee," featuring Bacharach-David's "A House Is Not a Home," was the first I'd seen. I enjoyed it, mostly, apart from one or two heavy-handed message moments, without ever feeling enthralled. I actually think Jane Lynch had a much better part on the little-seen "Party Down," on the Starz cable channel. My hunch, upon first viewing of "Glee," is that it would benefit hugely from The BBC Method: a season of five or six episodes, with the series wrapping up after two or three seasons. That way, the show doesn't get bled dry, as happens with American network TV's 22-episode, 5-year-run standard approach.