Having been in journalism far too long for it to be healthy - and now blessedly free of it - I've come to embrace a no-nonsense, perhaps cynical view of the profession and the needy souls who populate it.

Case in point: Long before the advent of the personal computer, I worked from home because, frankly, I've always found newsrooms to be somewhat toxic. 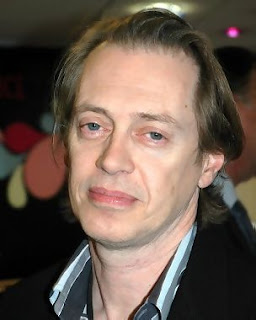 Also, ever since I disengaged myself from the profession, I now see journalists in a new, unflattering light - a view that Steve Buscemi somehow, miraculously, nails in his new film "Interview," in which he plays a self-involved newspaperman who, at the outset, rather casually (and cruelly) announces to his subject (played by the always-fascinating Sienna Miller) that he'd rather be doing anything than interviewing her.

It's difficult to explain his arrogant behavior with any clarity or accuracy; I suggest you see the film.

Nevertheless, it handily sums what something that I once said to my wife: "Show me a journalist who isn't self-important and I'll show you a dead journalist."

Anyone interested in perusing some 2060 of my film reviews, dating back to 1994, can do so by simply going to RottenTomatoes.Com
Posted by joe baltake at 12:33 PM